Serena Williams says dealing with media scrutiny made her stronger

The tennis pro spoke hours after Naomi Osaka withdrew from the tournament, saying in a statement that she has dealt with long bouts of depression. 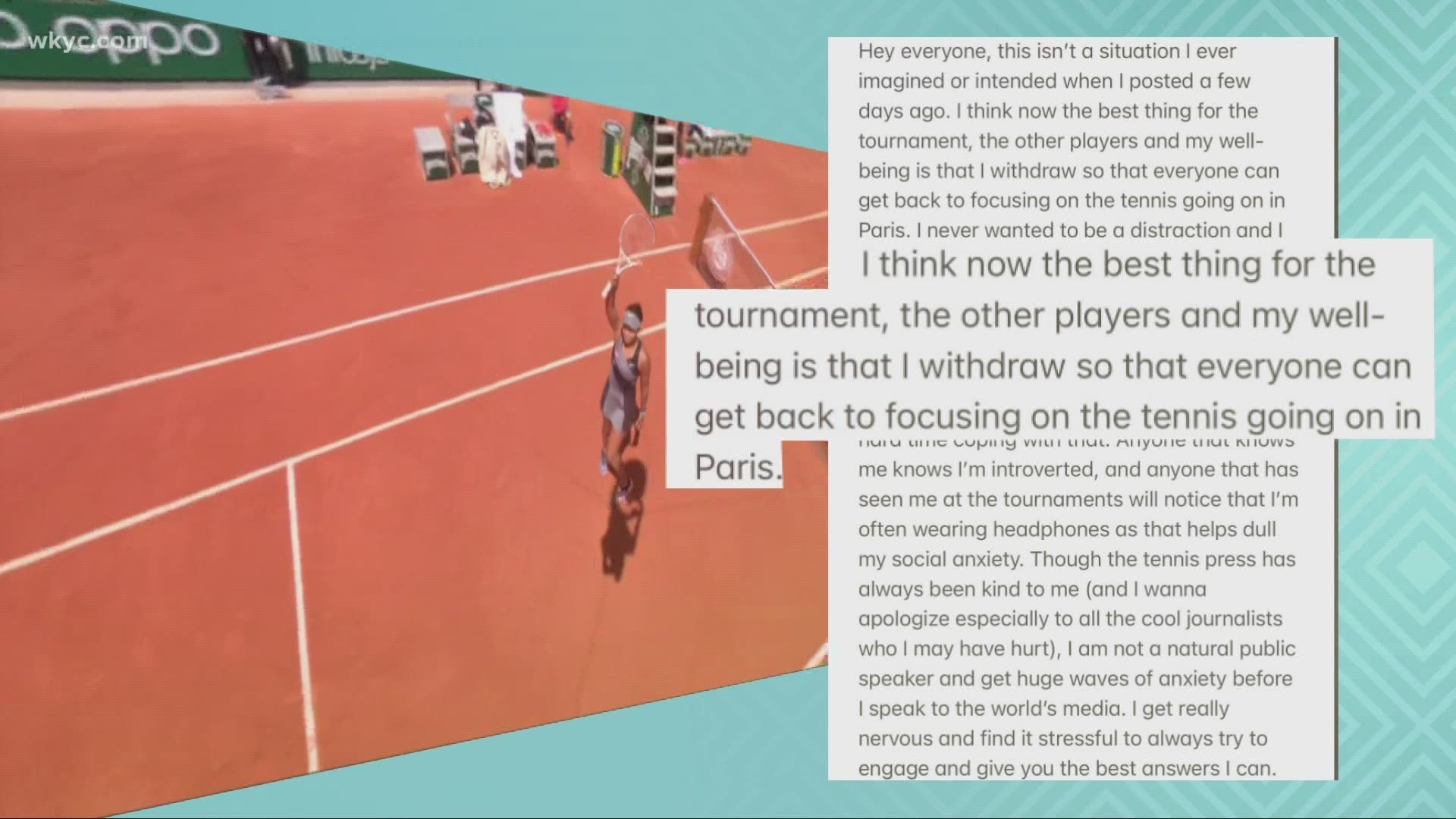 Serena Williams says she can identify with anxiety regarding news conference scrutiny, and has experienced it frequently after matches.

"Many of them I've been into where I've been -- very difficult to walk in in those moments," she said. "But you know, it made me stronger."

Williams made her comments in a post-match news conference following her first-round victory Monday at the French Open. She spoke hours after four-time Grand Slam champion Naomi Osaka withdrew  from the tournament, saying in a statement that she has dealt with long bouts of depression since winning a tumultuous final against Williams in the 2018 U.S. Open.

Last week Osaka said she would not participate in the standard post-match news conferences during Roland Garros, citing her decision as a mental health matter because media questions can create self-doubt.

"I feel for Naomi," Williams said. "Not everyone is the same. I'm thick. Other people are thin. Everyone is different and everyone handles things differently.

"You just have to let her handle it the way she wants to and the best way she thinks she can. That's the only thing I can say: I think she is doing the best she can."

Few athletes have been under the media spotlight like Williams, 39, who is chasing a record-tying 24th Grand Slam singles title. When the glare becomes too intense, she said, it's important to reach out for support.

"You really have to step forward and make an effort, just as in anything, and say, 'I need help with A, B, C and D,' and talk to someone. I think that's so important to have a sounding board, whether it's someone at the WTA, or someone in your life, or maybe it's someone you talk to on a weekly basis.

"I've been in that position too, and I've definitely had opportunities to talk to people and just get things off my chest that I can't necessarily talk about to anyone in my family or anyone I know."

There were moments of anxiety for Williams even in a first-round victory that will be quickly forgotten. She took a spill on the clay and saved two set points before eliminating Irina-Camelia Begu 7-6 (6), 6-2 under the lights during the first scheduled night session in tournament history.

Williams struggled with her serve but played aggressively, such as when she raced forward facing a set point to hit a risky swinging volley for a winner.

"I did not want to lose that first set," she said.

Williams improved to 77-1 in first-round Slam matches. The loss came in Paris in 2012.