The Secret Service briefly took President Trump to the White House's underground bunker on Friday night as protesters gathered outside, according to media reports. 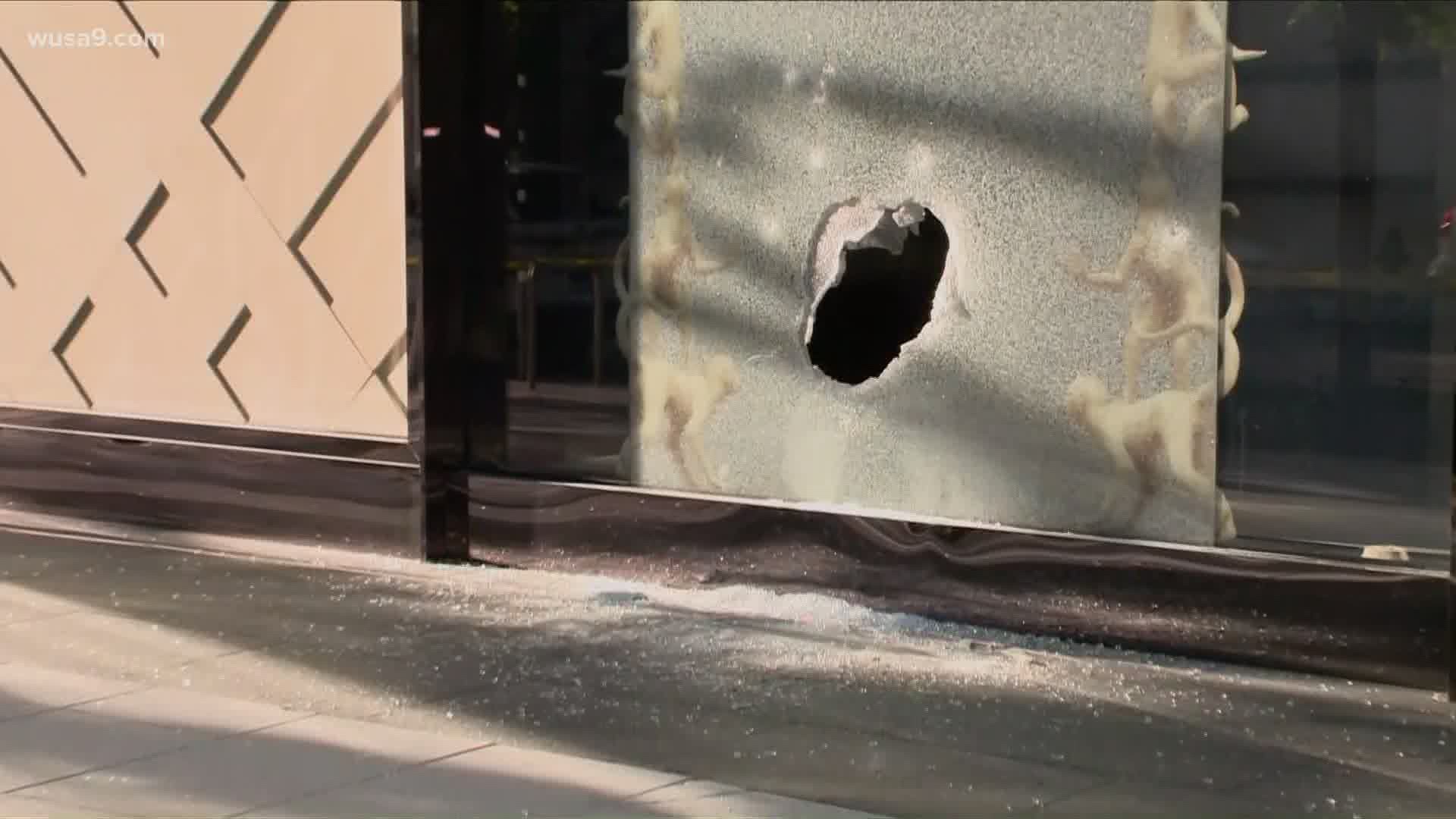 WASHINGTON — As protesters gathered in Washington, D.C. on Friday night, the Secret Service briefly took President Trump to a bunker under the White House previously used during terrorist attacks, according to The New York Times and CNN.

He was there for a little under an hour, according to CNN.

Demonstrators gathered on Friday and Saturday nights at Lafayette Square outside the White House to protest police brutality. The gatherings, which began as peaceful demonstrations during the day, gave way to violence at night.

A total of 11 Secret Service officers were taken to hospitals in the D.C. area, according to officials.

With 60 uniformed officers protecting the area around the White House, the Secret Service said its officers were kicked, punched and exposed to bodily fluids. Bricks, rocks, bottles, fireworks and other items were also reportedly thrown at the Secret Service, who with U.S. Park Police, held the area by using riot gear, pepper spray and rubber bullets to deter violent riots that ensued after peaceful protests.

No one crossed the White House Fence and no Secret Service members were ever in danger, according to the agency.

President Donald Trump took to Twitter Saturday morning to express his thanks to Secret Service for their handling of the crowds outside the White House.

"Great job last night at the White House by the U.S. @SecretService," the Tweet said. "They were not only totally professional, but very cool. I was inside, watched every move, and couldn’t have felt more safe. They let the 'protesters' scream & rant as much as they wanted, but whenever someone got too frisky or out of line, they would quickly come down on them, hard -- didn’t know what hit them."

WUSA9 contributed to this report.