Reporters in DC and around the world shaken by bomb attack

Reporters without Borders published a photo showing seven of the dead, they're mostly young, one was engaged to be married, others had children. 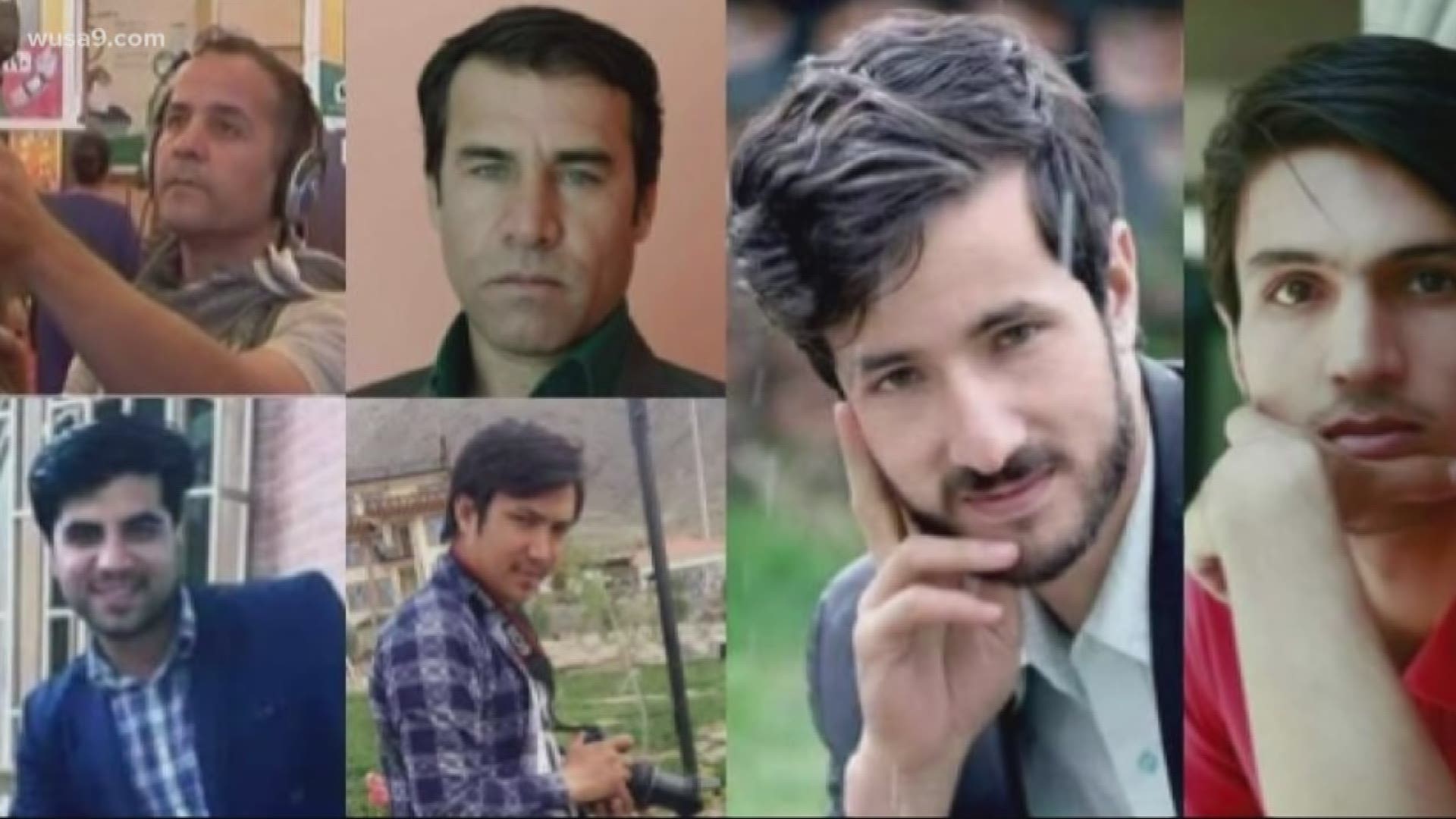 WASHINGTON (WUSA9) — A dark day in Afghanistan. Nine journalists were killed in a "double tap" suicide bombing, the highest death toll of media at least since the U.S. invasion.

The bombs hit Kabul's high security area, home to embassies and government offices. It's was as though someone blew himself up in Washington, D.C. outside the Department of Homeland Security, and then when reporters and photographers rushed to cover the destruction, a second bomber blew himself up right in the middle of them.

Video shows people racing for cover after the second explosion. Then the surviving journalists gather themselves, some struggling with their grief, and go back to work.

Reporters without Borders published a photo showing seven of the dead, they're mostly young, one was engaged to be married, others had children.

Among the dead was Shah Marai, chief photographer in Kabul for Agence France-Presse.

"I remember meeting some of his boys, he was a loving father, dangling two of them off his knee and still managing to drink a cup of tea," said Chris Otton, of AFP, who worked with Marai shortly after the US invasion.

A YouTube tribute from the news agency shows photos that captured both the horror and joy of Afghanistan.

"I remember playing football with some street kids with Marai," said Otton. "Always someone who is smiling. Always reminding me there are plenty of other sides of life."

Despite the continued presence of U.S. troops in Afghanistan, much of the reporting there has now been left to locals. And they face constant danger.

"We were considered to be objective, professional journalists out there doing a job," said Bill Gentile, a journalist-in-residence at American University who has been to Afghanistan several times. "Now we are perceived as being agents of the occupiers."

Reporters Without Borders is urging the UN to appoint a special representative for the protection of journalists.