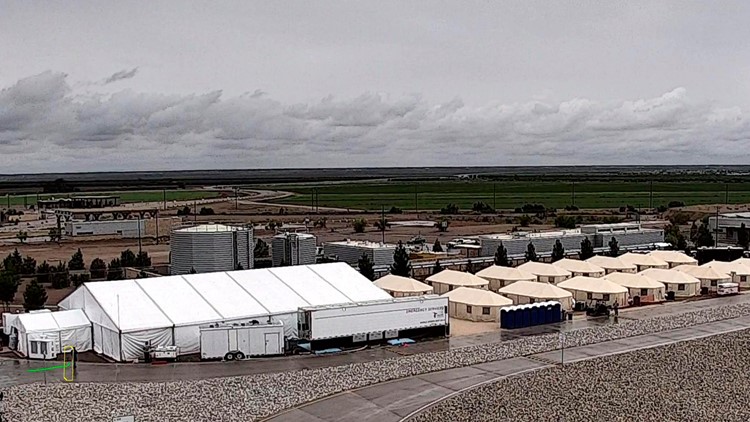 Photo by: AP
FILE - This undated file photo provided by the Administration for Children and Families, a division of the Department of Health and Human Services, shows the shelter used to house unaccompanied migrant children in Tornillo, Texas. The nonprofit group running what was once the nation’s largest detention camp for migrant children confirmed it is closing down the facility and the last kids left on Friday, Jan. 11, 2019. (HHS' Administration for Children and Families via AP, File)

The Trump administration is moving to end all educational, recreational and legal services for migrant children in U.S.custody, according to multiple media reports.

U.S. Health and Human Services (HHS) spokesman told the Washington Post that the Office of Refugee Resettlement has begun to discontinue its funding for activities "not directly necessary for the protection of life and safety" of the children in its custody.

Under current law, migrant children who cross into the U.S. illegally are required to stay at a government shelter until they are reunited with relatives of a sponsor. The law also requires that the children be held in the "least restrictive" facilities. HHS has accepted more than 40,000 children this year, according to CBS News.

Federal officials have asked Congress for $2.9 billion in emergency funding to expand care for the spike in unaccompanied minors at the southern border. Weber told the Washington Post that the program could run out of money by the end of the month. HHS is legally required to fund essential services for the migrant children.

"Additional resources are urgently required to meet the humanitarian needs created by this influx — to both sustain critical child welfare and release operations and increase capacity," HHS told The Hill.

According to CBS News, Connecticut Democratic Rep Rosa DeLauro, who oversees the subcommittee that provides funding for HHS said she was ready to provide more funding on the condition that "proper protections" are in place for the children.

"We cannot give this administration a black check when time and again it has failed to show it has these children's best interests at heart," DeLauro wrote in a statement to CBS News. "Ensuring the resources we appropriate are used for their intended purpose and that there are proper legal protections for the kids in our care should not be up for debate."