'Gold teeth to gold jacket' | James, Polamalu and others react to joining Hall of Fame

Edgerrin James and Troy Polamalu are among the five newest members of the Pro Football Hall of Fame. 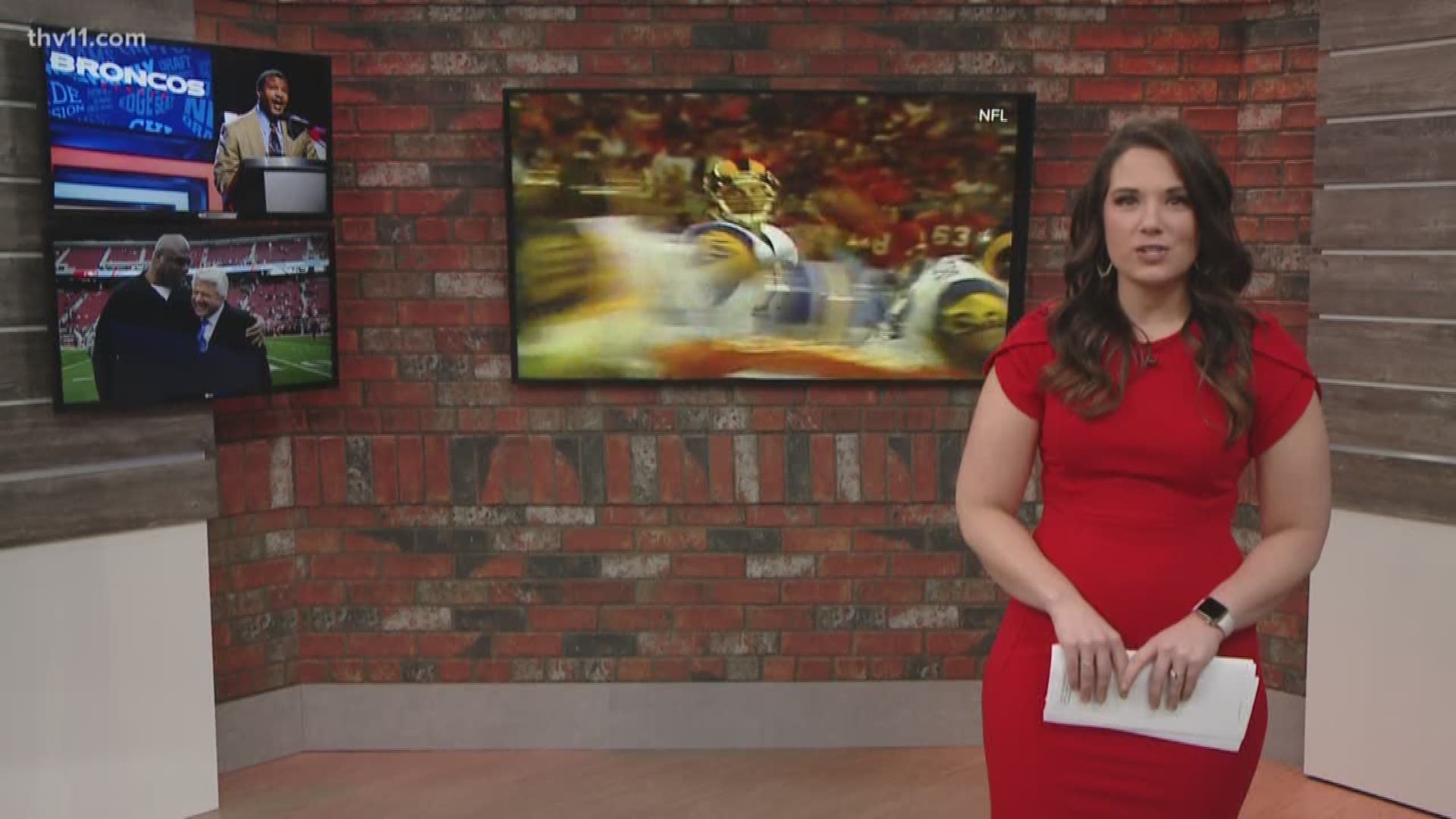 WASHINGTON — *Knock, knock* not a joke, but “Welcome to Canton.”

The five new members of the Pro Football Hall of Fame were announced Saturday evening ahead of Super Bowl Sunday. As attention at Florida’s South Beach switched for a moment from the big game there to the sport’s pantheon in Ohio, Troy Polamalu, Edgerrin James, Isaac Bruce, Steve Atwater and Steve Hutchinson were among those awaiting that sound at the door.

The five former players are inductees from the modern era joining the previously announced selections for the Hall's Centennial Class, which includes coaches Bill Cowher and Jimmy Johnson, NFL Films' Steve Sabol, Commissioner Paul Tagliabue, as well as others.

From tears to cheers, when the noise letting them know that they had made it into the Hall came on Saturday, several of the five greats had moving reactions.

"That sounds like it, baby," Atwater said with his fists raised in triumph as he walked over to answer the door. Fellow-Denver Broncos safety Justin Simmons tweeted congratulations to his predecessor, saying "You’re the type of person I aspire to be!"

Polamalu, surrounded by his young sons, spoke with a quivering humility as he wiped tears from his eyes. The Steelers safety is the only first-ballot member of this year's class.

"It really feels surreal," he told a team reporter in Miami shortly after getting the knock. "Very thankful for all my teammates, this truly is a tribute to them. I feel honored and unworthy of this to be honest."

Hutchinson, who spent half of his career on the Minnesota Vikings offensive line, put his hand to his mouth as his expression changed when he heard the sound beckoning him to the Hall. His family quickly embraced him before he got the door.

Brett Favre, lobbying for his teammate's induction, had said on Twitter that Hutchinson "never gave up a sack nor a pressure. Best Guard I’ve played with as he was tough, smart and durable."

Thanking God, Bruce tweeted "St. Louis we headed to Canton!" The Rams wide receiver was a member of the Super Bowl winning "Greatest Show on Turf."

"Started with gold teeth, ended with a gold jacket," James said in an Instagram post announcing that he made it into the Hall.

The running back, who had stints with the Indianapolis Colts, Arizona Cardinals and Seattle Seahawks, was seen shaking hands with other Hall of Famers as the 2020 class met for the first time since the announcements.

The Hall of Fame induction ceremony will be held August 6-9 in Canton.

RELATED: Super Bowl deals: How to get free wings, pizza, drinks and more