How a shutdown would impact Social Security, food stamps

If the government were to shut down later this week, most Americans would feel the impacts in one way or another. 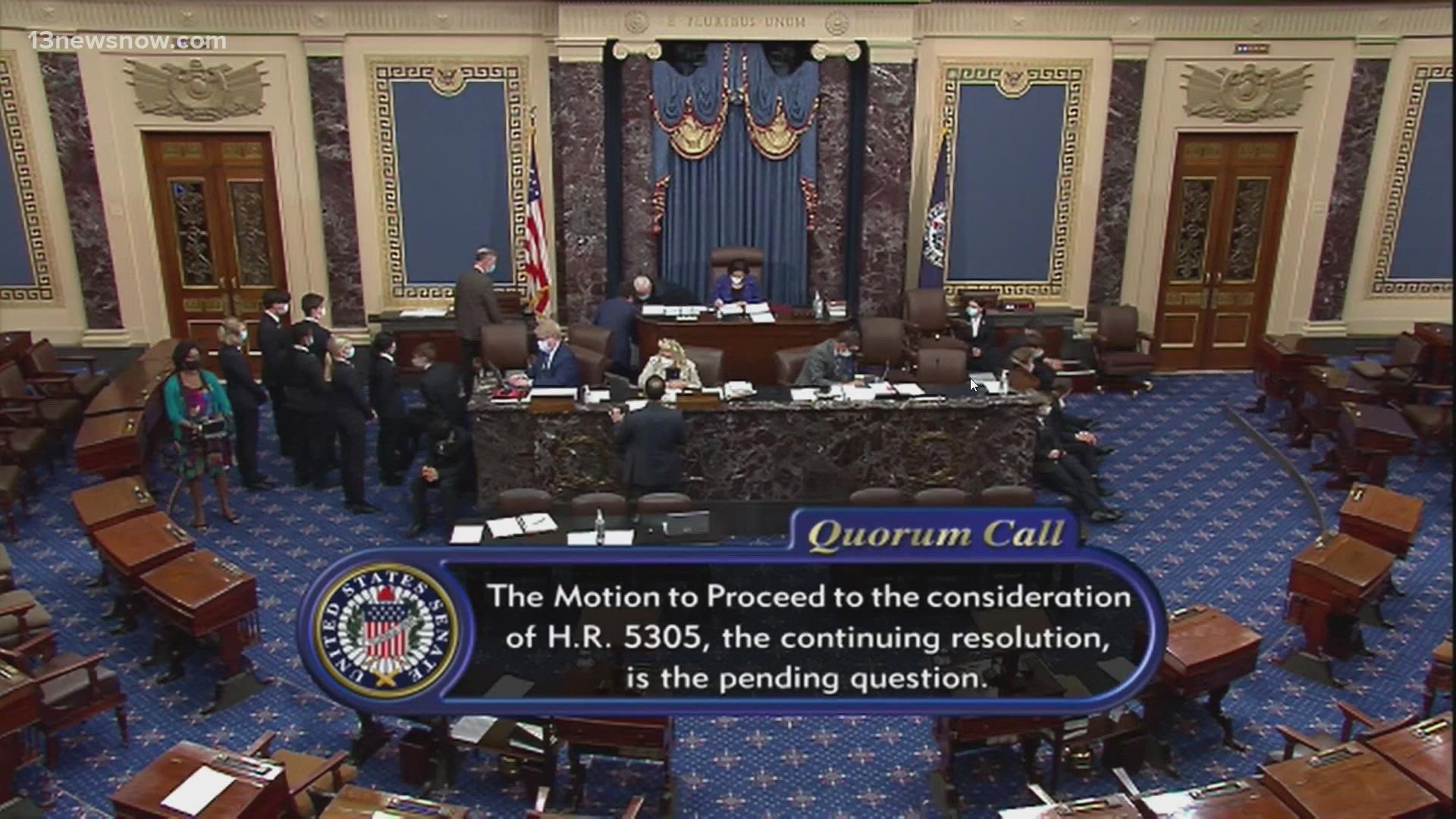 WASHINGTON — Congress is running out of time to fund the government past Thursday to avoid a government shutdown.

On Monday, Republican senators blocked a bill that would have kept the government operating and allow more federal borrowing. Democrats aiming to avoid a shutdown pledged to try again this week — planning to remove the debt limit debate for another time.

If the government were to shut down on Friday, most Americans would feel the impacts in one way or another, but several key programs would continue operating.

Will I get my Social Security check if there's a shutdown?

Yes, Social Security benefits will continue to go out in the event of a government shutdown. That's because Social Security, Medicare and Medicaid are among the mandatory spending that isn't subject to annual appropriations from Congress.

While Social Security checks will continue to be sent out, some related services could be impacted. For example, benefit verification and the issuance of new Social Security cards would stop, the Committee for a Responsible Federal Budget said.

When it comes to Social Security checks, the bigger looming threat is the debt limit. Treasury Secretary Janet Yellen suggested last week in a Wall Street Journal op-ed that nearly "50 million seniors could stop receiving Social Security checks for a time," if Congress fails to raise or suspend the debt ceiling. She warned Monday that if the debt limit isn't raised by Oct. 18, “the full faith and credit of the United States would be impaired, and our country would likely face a financial crisis and economic recession.”

No, a government shutdown would not affect food stamps, at least initially.

The Department of Agriculture, which is responsible for the Supplemental Nutrition Assistance Program (SNAP), the Child Nutrition (CN) programs and the Special Supplemental Nutrition Program for Women, Infants and Children (WIC), has laid out in its updated shutdown contingency plan that those programs should "continue operations during a lapse in appropriations."

However, CRFB notes that though funding for SNAP is mandatory, the government's ability to distribute the benefits could be impacted because a stopgap funding bill often only authorizes the USDA to send out benefits for 30 days after a shutdown begins.

During the 2018-2019 shutdown, then-Agriculture Secretary Sonny Perdue asked states to issue food stamps early for February so it would be within the 30-day limit.

How many times has the U.S. government shut down?

Since the modern budget process was put in place by Congress in 1976, there have been 20 "funding gaps," however the level of "shutdown" has varied widely in each case. And up until 1980, the government continued normal operations through six of those gaps.

Since 1981, CRFB notes there has only been four shutdowns where federal government operations were impacted for more than one business day. There have been 10 gaps of three days or fewer, which occurred mostly over a weekend.

What was the longest government shutdown?

The last partial government shutdown, which started in Dec. 2018 and continued into Jan. 2019, was the longest in U.S. history.

The record-breaking shutdown centered on then-President Donald Trump's demand that Congress give him money for his border wall. The partial government shutdown ended after 35 days on Jan. 25, 2019.

During that time, around 800,000 federal workers were furloughed, with some deemed essential and having to work throughout but not be paid.

Would this be a full or partial shutdown?