In one report, a captain wrote: 'With the concerns with the MAX 8 nose down stuff, we both thought it appropriate to bring it to your attention.' 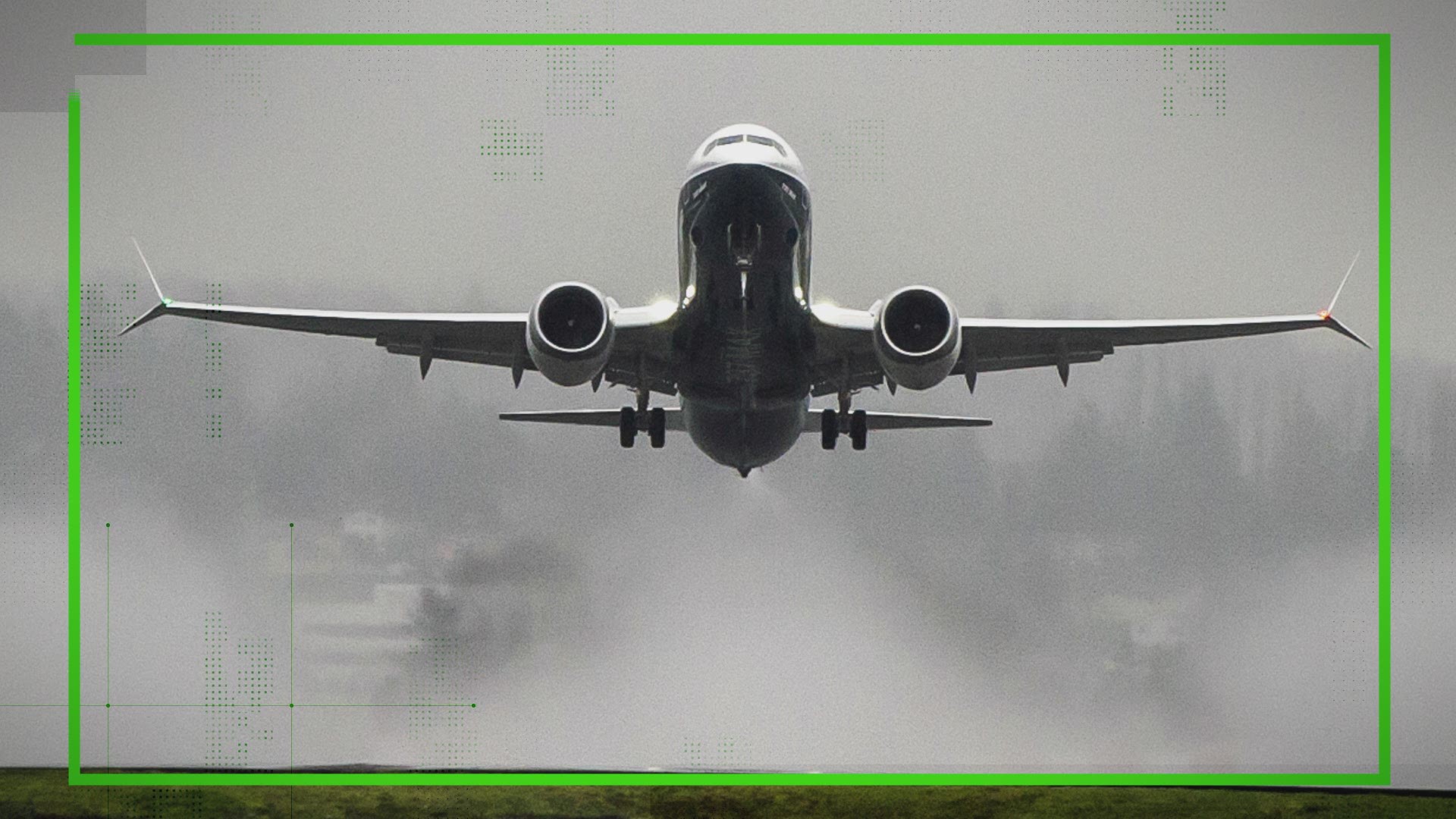 Airline pilots on at least two U.S. flights have reported that an automated system seemed to cause their Boeing 737 Max planes to tilt down suddenly.

The pilots said that soon after engaging the autopilot on Boeing 737 Max 8 planes, the nose tilted down sharply. In both cases, they recovered quickly after disconnecting the autopilot.

As described by the pilots, however, the problem did not appear related to a new automated anti-stall system that is suspected of contributing to a deadly October crash in Indonesia.

The Max 8 is at the center of a growing global ban by more than 40 countries following a second fatal crash, this time in Ethiopia, in less than five months. In the U.S., however, the Federal Aviation Administration and airlines continued to permit the planes to fly.

American Airlines and Southwest Airlines operate the 737 Max 8, and United Airlines flies a slightly larger version, the Max 9. All three carriers vouched for the safety of Max aircraft on Wednesday

The pilot reports were filed last year in a data base compiled by NASA. They are voluntary safety reports and do not publicly reveal the names of pilots, the airlines or the location of the incidents.

It was unclear whether the accounts led to any actions by the FAA or the pilots' airlines.

In one report, an airline captain said that immediately after putting the plane on autopilot, the co-pilot called out "Descending," followed by an audio cockpit warning, "Don't sink, don't sink!"

The captain immediately disconnected the autopilot and resumed climbing.

"With the concerns with the MAX 8 nose down stuff, we both thought it appropriate to bring it to your attention," the captain wrote. "Best guess from me is airspeed fluctuation" due to a brief weather system overwhelming the plane's automation.

RELATED: VERIFY: Fact-checking claims made about the Boeing 737 Max 8

The pilots talked it over later, "but can't think of any reason the aircraft would pitch nose down so aggressively," the co-pilot recounted.

Preliminary information released by Indonesian investigators suggests they are looking at the possible role of the Max's new automated anti-stall technology as a factor in a Lion Air crash in October shortly after takeoff from Jakarta. Data indicates that the pilots struggled with repeated nose-down commands from the plane before it crashed into the Java Sea and killed 189 people.

However, that anti-stall system — called MCAS for its acronym — only activates if the autopilot is turned off, according to documents Boeing has shared with airlines and the FAA.

"That's not to say it's not a problem," American Airlines pilot Dennis Tajer said of the incidents reported to NASA, "but it is not the MCAS. The autopilot has to be off for MCAS to kick in."

American Airlines spokesman Ross Feinstein said the airline has received no reports from pilots about problems with the anti-stall technology. Southwest has said the same thing.

Leaders of the union representing United Airlines pilots, some of whom have flown the airline's 14 Boeing 737 Max 9 jets since last May, said the airline has tracked 23,000 hours of flights and found no performance or mechanical problems.

The group, part of the Air Line Pilots Association, added, "It is imperative that pilots refrain from interacting with the media and adding to the sensationalism surrounding these incidents."

Concern about the Max's safety seemed to be abating but returned on Sunday when an Ethiopian Airlines Max 8 crashed shortly after takeoff from Addis Ababa, killing all 157 people on board. Again, preliminary data appears to capture a brief and erratic flight. Investigators will analyze information from the planes so-called black boxes in hopes of understanding what caused the accident.