The climate change activist live streamed his protest as he sat on top of a plane at London City Airport. 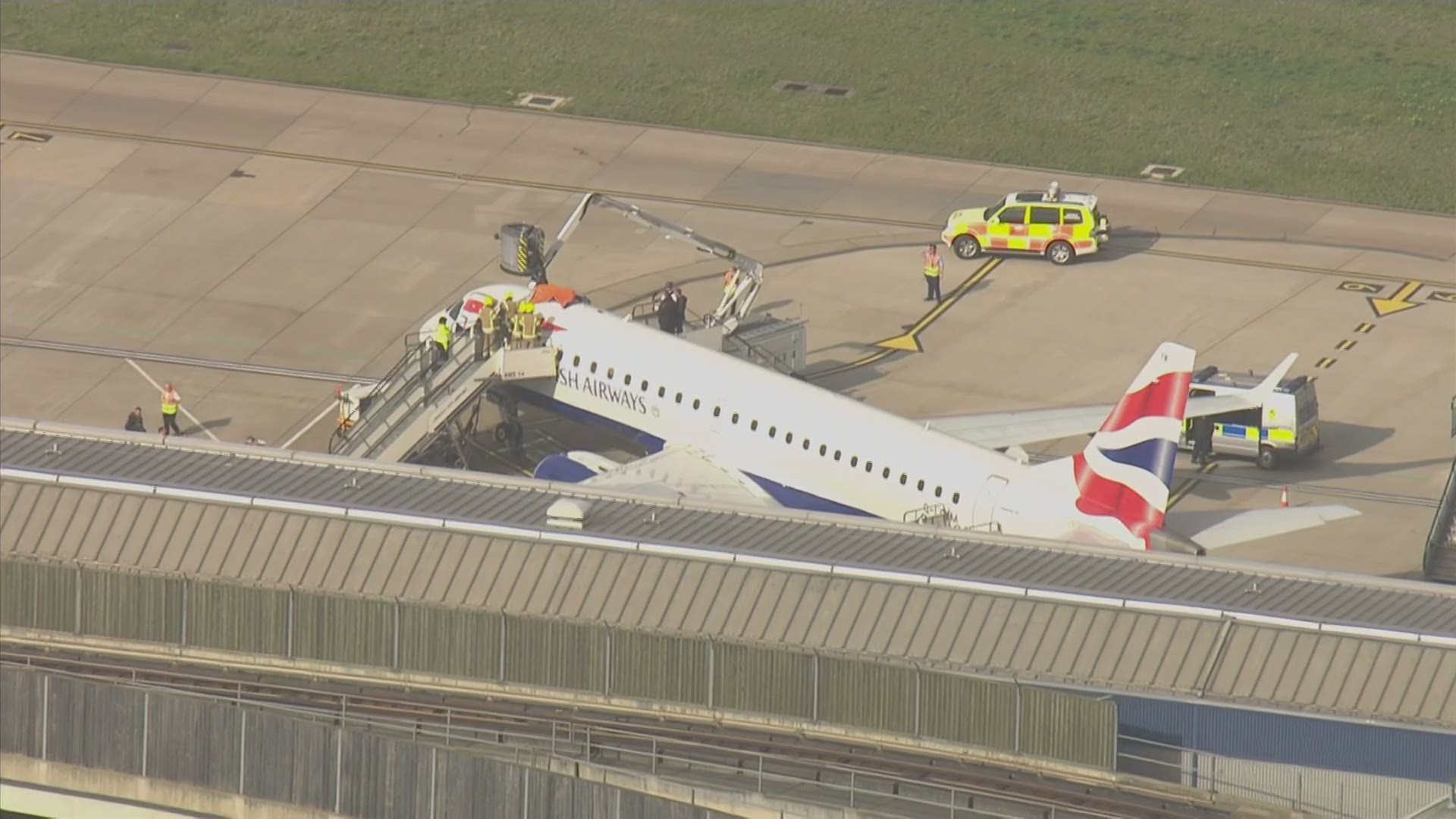 A former Paralympic medalist was arrested Thursday after climbing on top of a British Airways plane at London City Airport during protests about climate change.

The group Extinction Rebellion identified the plane activist as James Brown, who won a bronze medal at the London Paralympic games in 2012.

Brown posted a video from on top of the plane saying that they are "protesting against government inaction on climate and ecological breakdown."

Thursday marked the fourth day of demonstrations aimed at alerting the world to the dangers of climate change.

Authorities eventually pulled Brown off the aircraft and he was escorted into a police vehicle.

Brown's arrest came as activists tried to shut down London City Airport as part of a fourth day of protests worldwide.

British Airways says that customers on the plane were booked onto alternative flights to Amsterdam.

In a separate incident, BBC Newsnight political editor Nicholas Watt tweeted that his flight from London to Dublin had been grounded after a protester stood up to deliver a lecture on climate change just as it was to take off.

In that incident, the protester added that he was "extremely sorry for the inconvenience," according to SkyNews.

Protesters in New York brought a green boat on a trailer into Times Square then sat down and refused police orders to move. The boat bore the logo of Extinction Rebellion.

Environmental protests have been taking place in cities around the world.