Otto Warmbier has died, a week after release from North Korea

The 22-year-old student has died one week after being released by North Korea. 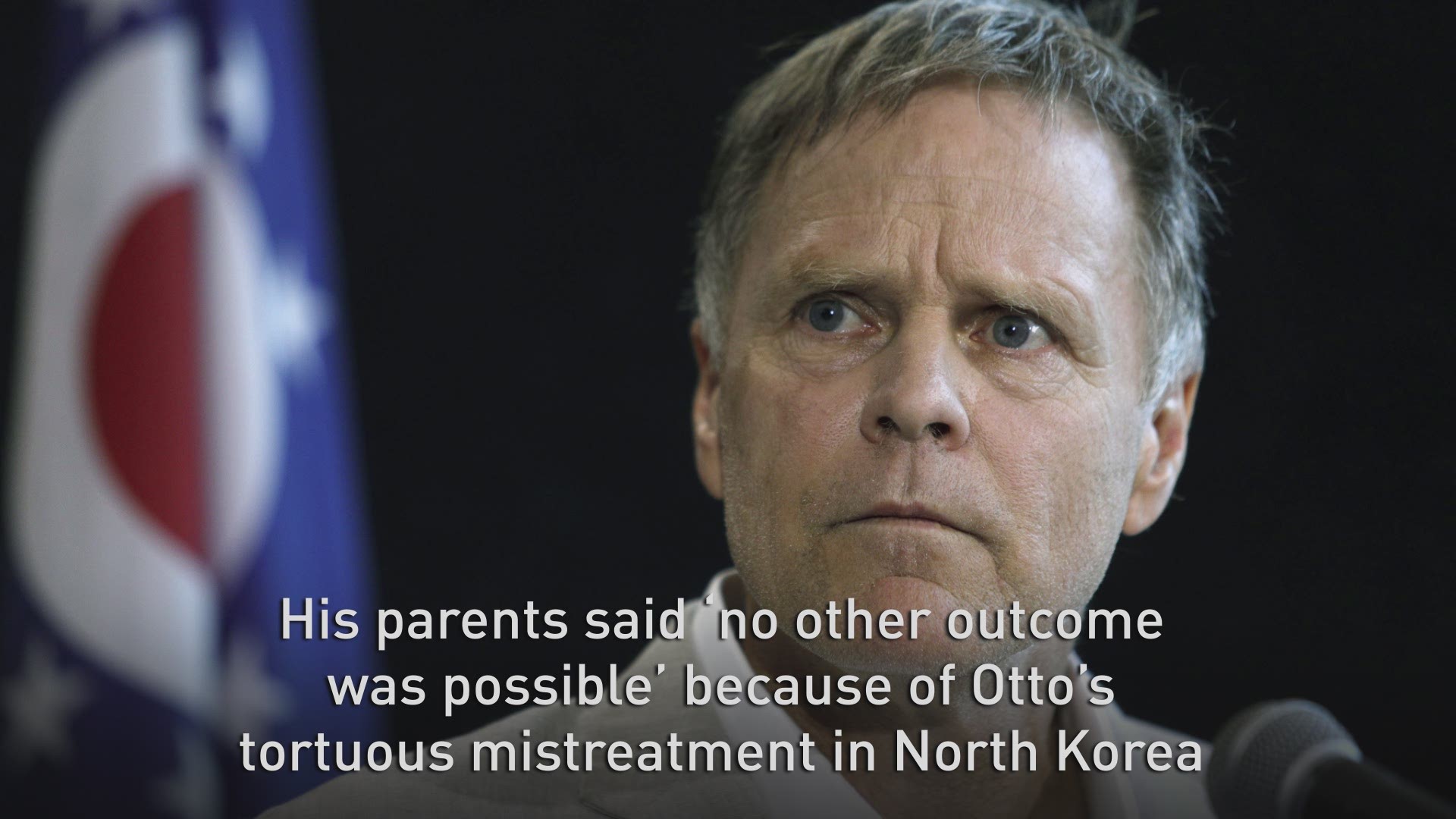 Otto Warmbier, the University of Virginia student and Ohio native imprisoned in North Korea for 18 months, has died a week after returning to the U.S., his family confirmed on Monday afternoon.

"It is our sad duty to report that our son, Otto Warmbier, has completed his journey home," his parents said in a statement released by the hospital where Warmbier was receiving care.

After being freed from North Korea on June 13, he had been in a state of "unresponsive wakefulness," according to his doctors.

The 22-year-old had suffered damage to his brain and was unable to move or speak, doctors said.

"He looked very uncomfortable - almost anguished. Although we would never hear his voice again, within a day the countenance of his face changed - he was at peace. He was home and we believe he could sense that," his parents said in the statement.

It is not clear exactly what happened to Warmbier while he was imprisoned. North Korea claimed that Warmbier fell into a coma after he developed a case of botulism and then took a sleeping pill.

However, Cincinnati doctors caring for Warmbier said they found no indication of remaining botulism — but they also said it’s likely the toxin would no longer be in the body after more than a year.

His parents condemned the way North Korea treated him. It was that treatment, they said, that solidified their son's fate.

"Unfortunately, the awful torturous mistreatment our son received at the hands of the North Koreans ensured that no other outcome was possible beyond the sad one we experienced today," his parents said.

Warmbier was detained in 2016 and charged with "engaging in anti-state activity" after North Korean officials say he removed state-sponsored poster from a staff-only area of a hotel.

His parents remembered their son as an energetic and friendly young man:

"It would be easy at a moment like this to focus on all that we lost - future time that won't be spent with a warm, engaging, brilliant young man whose curiosity and enthusiasm for life knew no bounds. But we choose to focus on the time that we were given to be with this remarkable person. You can tell from the outpouring of emotion from the communities that he touched - Wyoming, Ohio and the University of Virginia to name just two - that the love for Otto went well beyond his immediate family."

"Otto Warmbier was such a promising young man. He was kind, generous and accomplished. He had all the talent you could ever ask for and a bright future ahead of him. His passing today is a loss for Ohio and for all of us. Jane and I are lifting up the Warmbier family in our prayers at this difficult time, and we are deeply saddened by the tragic loss of this remarkable Ohioan."

He said though "bad things" happened in "brutal" North Korea, at least the American died at home with his parents.