France's president initially set a 5-year deadline to rebuild the historic Paris cathedral after a 2019 fire. But officials quickly conceded that was unrealistic. 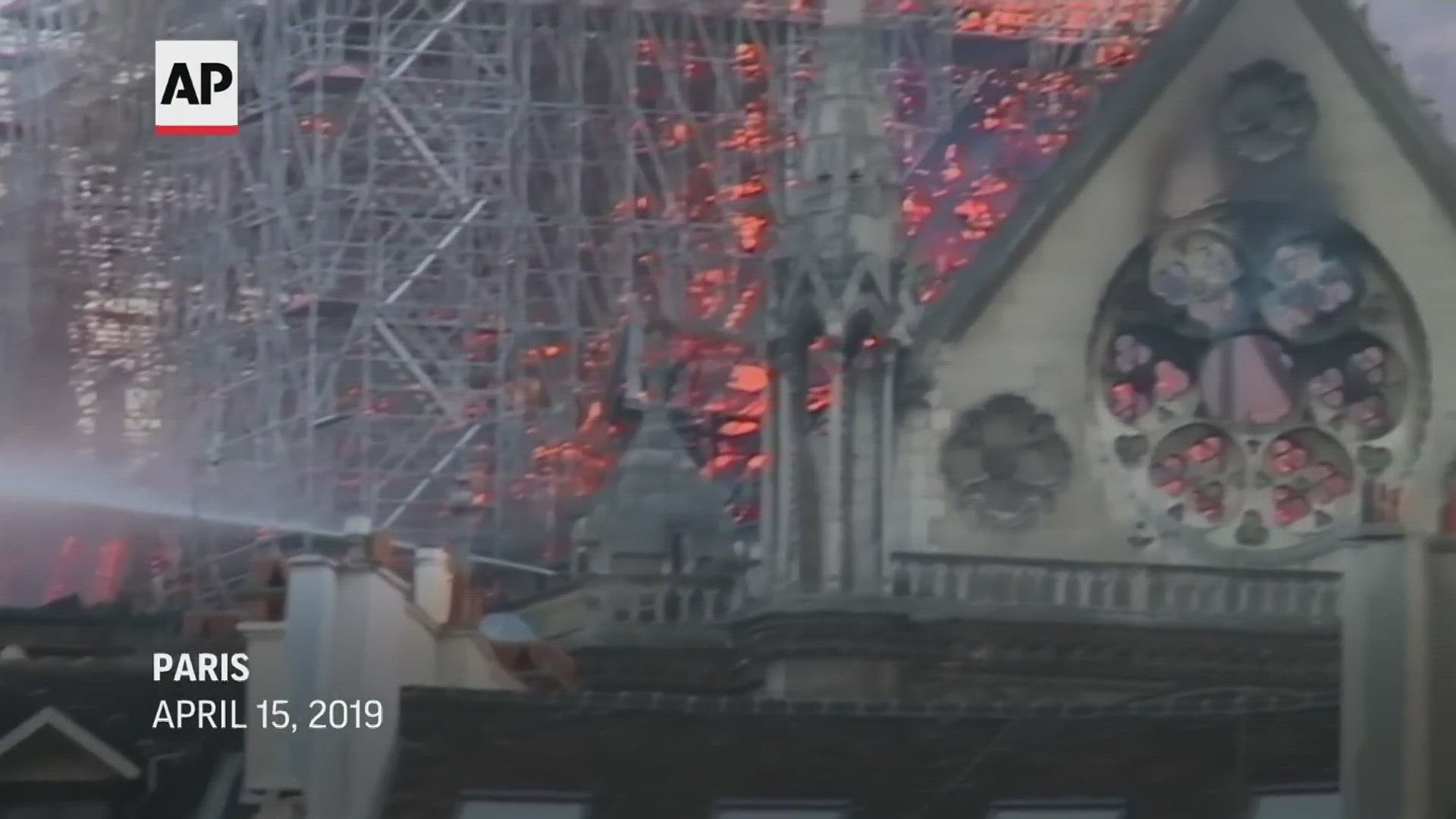 PARIS, France — The rector of Notre Dame said Friday that the burned-out Paris cathedral and its esplanade could remain a building site for another “15 or 20 years.”

Rector Patrick Chauvet spoke to The Associated Press following Good Friday ceremonies, including venerating the “Crown of Thorns” at Notre Dame’s temporary liturgical base, the nearby church of Saint-Germain l’Auxerrois.

He added that he'd like to resume services in the cathedral in 2024 and “I can guarantee that there’s work to do!”

In the days following the April 15, 2019, blaze that engulfed Paris’ Gothic gem, French President Emmanuel Macron set a five-year restoration deadline for 2024, when Paris is to host the Summer Olympics. But French officials quickly backpedaled Macron's statement, conceding that it was unrealistic to complete the enormous project by that time.

The blaze also distributed vast amounts of toxic lead from the cathedral's burned-out roof onto the site and nearby, complicating the clean-up work that came before restoration efforts could even begin.

Works planned include remodeling the cathedral’s esplanade, which before the blaze was visited every year by 20 million tourists.

The 93-metre-high spire, made of wood and clad in lead, became the most potent symbol of the April 2019 blaze when it was seen engulfed in flames, collapsing dramatically into the inferno.

Last July amid a public outcry, French President Emmanuel Macron ended speculation that the 19th century peak designed by Eugène Viollet-le-Duc could be rebuilt in a modern style. He announced it would be rebuilt exactly as it was before. And that began a nationwide tree hunt, culminating in a painstaking selection in January and February of this year.

RELATED: Notre Dame Cathedral to be rebuilt without modern touches