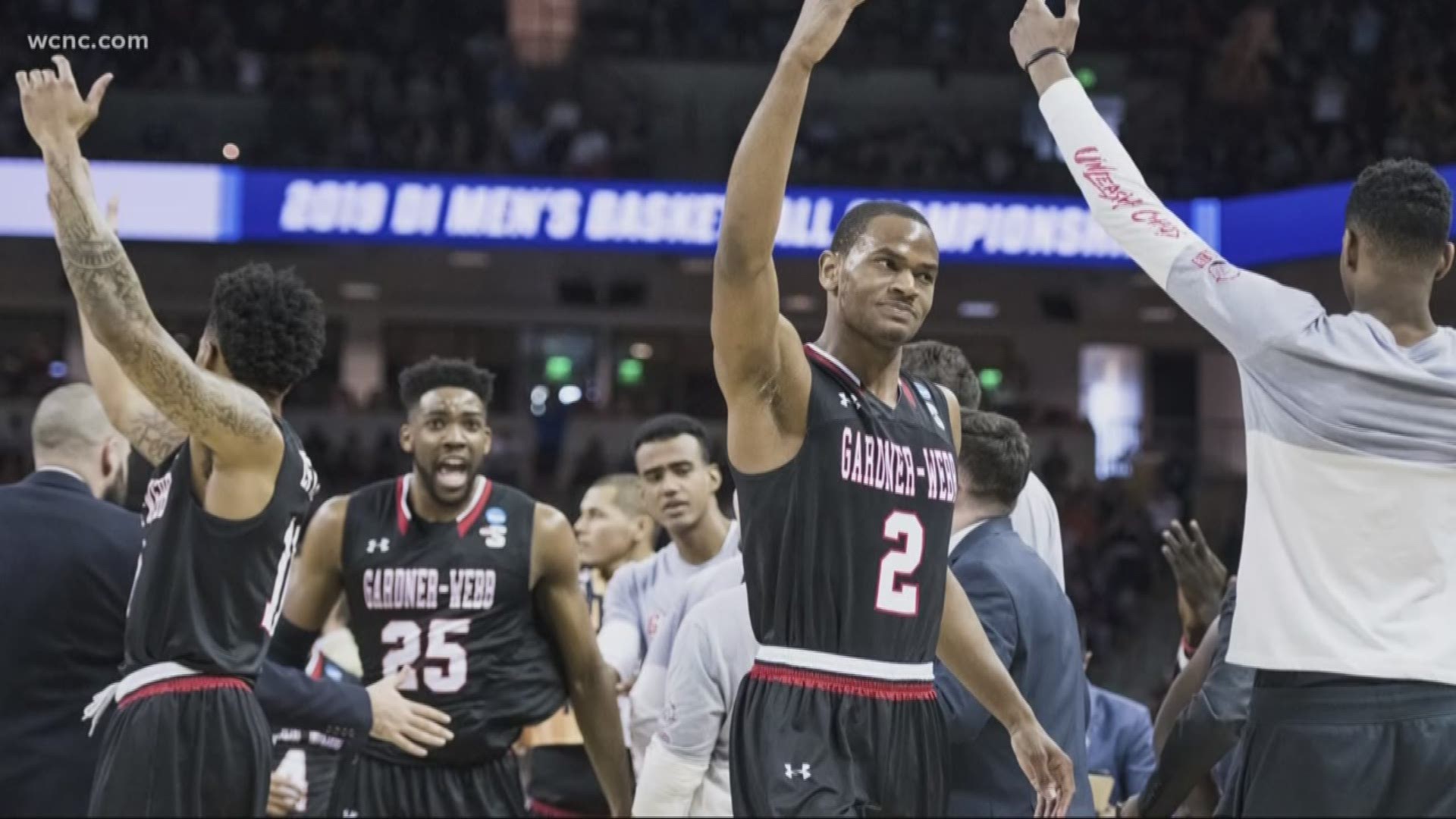 No. 1 seed Virginia this time avoided the biggest upset in NCAA Tournament history.

The Cavaliers rallied from 14 points down Friday to beat No. 16 seed Gardner-Webb 71-56 in the first round of the NCAA Tournament.

Virginia was the top overall seed last year but lost 74-54 to 16th seeded UMBC. It was the first — and still the only — time in 35 years one of the top four teams in the tournament has fallen in their opening game.

The Cavaliers trailed 30-16 with 6:42 left in the first half of the South Region opener but rallied and cut the Runnin' Bulldogs (23-12) lead to six at halftime. Virginia (30-3) then opened the second half with a 25-5 run that ended any ideas of another 1-and-done.

The Cavaliers used their trademark stifling defense to force 11 Gardner-Webb turnovers in the first 12 minutes after the break.

De'Andre Hunter, who missed last year's upset after breaking his wrist In the Atlantic Coast Conference Tournament, led the Cavaliers with 23 points, including a layup and free throw after he was fouled that put Virginia up for good. Mamadi Diakite added 17 points on 8 of 10 shooting and nine rebounds.

RELATED: March Madness 2019: Stats and facts that may surprise you

Virginia coach Tony Bennett responded to last year's loss by showing his team a motivational video about how a bad situation can be turned into an opportunity for growth. He encouraged his team to talk about happened and answer the questions that came at nearly every news conference.

Jose Perez scored 19 points and made 4 of 6 from behind the arc for Gardner-Webb, which was playing in its first NCAA Tournament. David Efianayi added 12 points.

Gardner-Webb: Not many No. 16 seeds can claim a double-digit lead over a No. 1 seed. The Runnin' Bulldogs may have fallen short, but had an amazing season by any measurement, winning their first Big South Conference title and NCAA bid by beating the top two seeds in the league on the road and knocking off Wake Forest and Georgia Tech on the road.

Virginia: Being down 14 to a No. 16 seed isn't going to make anyone feel more comfortable about Virginia's chances to finally make a Final Four under Bennett. But Virginia's ability to not wilt under all that pressure is a credit to Bennett's work on his team's psyche over the past year.

Gardner-Webb: The season is over.

Virginia: The Cavaliers face No. 9 seed Oklahoma in Sunday's second round, which has been a land mine for Virginia too. Back in 2017, the 5th seeded Cavaliers lost 65-39 to No. 4 Florida.