'We’re just having a bit of an earthquake here Ryan, quite a decent shake here,' she said during the live interview. 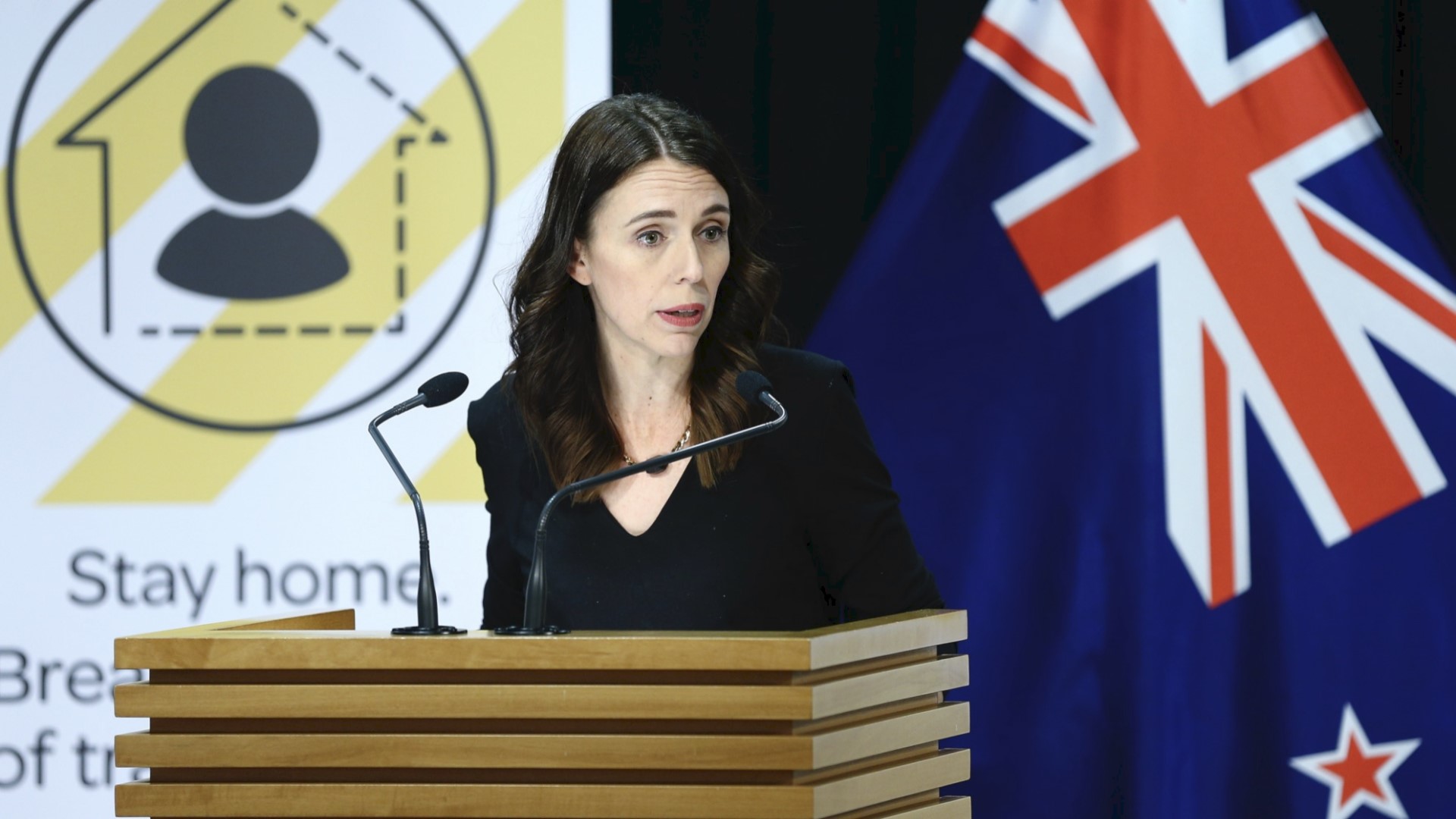 She interrupted Newshub host Ryan Bridge to tell him what was happening at the parliament complex in the capital, Wellington.

“We’re just having a bit of an earthquake here Ryan, quite a decent shake here,” she said, looking up and around the room. “But, um, if you see things moving behind me.”

New Zealand sits on the Pacific Ring of Fire and is sometimes called the Shaky Isles for its frequent quakes.

RELATED: Trump's pitch to voters: Trust me, economy will soar in 2021

Monday's magnitude 5.6 quake struck in the ocean about 100 kilometers (62 miles) northeast of Wellington, according to the U.S. Geological Survey.

The quake hit just before 8 a.m. and was felt by thousands of New Zealanders who were getting ready to start their work weeks. It was strong enough to rattle food from shelves and stop train services.

But there were no reports of major damage or injuries.

Ardern continued on with her interview, telling the host the shaking had stopped.

“We’re fine Ryan,” she said. “I’m not under any hanging lights, I look like I’m in a structurally sound place.”

A 2011 quake in the city of Christchurch killed 185 people and destroyed much of the downtown area. The city is continuing to rebuild.

RELATED: White House bans travel to US from Brazil over coronavirus spread