New rules would let debt collectors text, email borrowers as much as they want

There's no cap on how many texts or emails a debt collector could send under new proposed regulations. 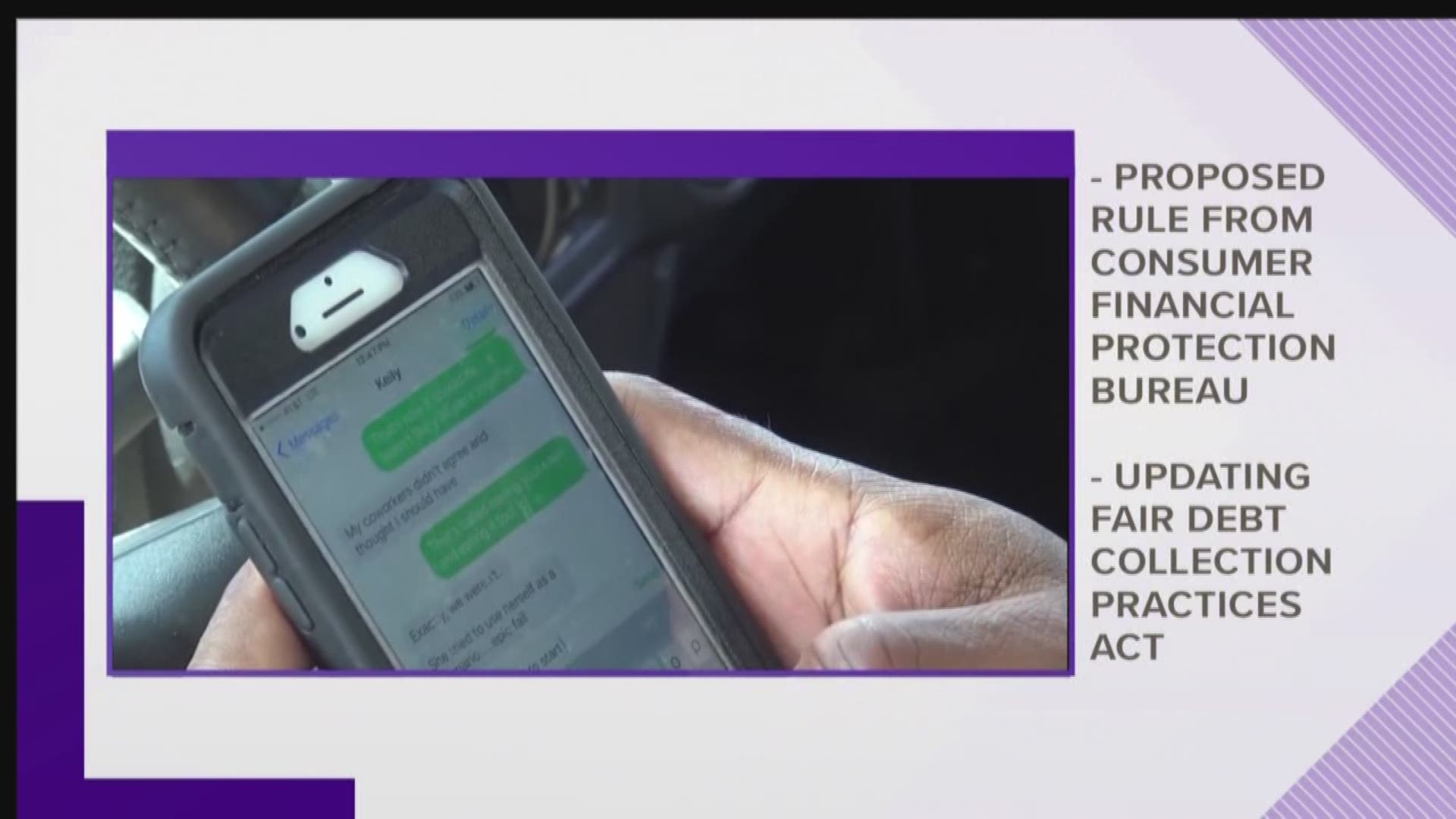 NEW YORK — Debt collectors will be able to start contacting borrowers via text and email under new regulations proposed by the Consumer Financial Protection Bureau.

The rules released Tuesday are an update to debt collection regulations enacted in the 1970s, which never took into account changes in technology, like the use of cellphones, email or the internet.

Under the new rules, third-party debt collectors will be able to call a delinquent borrower up to seven times a week, leaving voicemails if necessary. They will have to leave borrowers alone for at least a week after they reach them by phone.

There's no cap on the number of texts or emails a collector could send, but the rules would require an ability for a consumer to "opt-out" of texts and emails from bill collectors.

Consumer groups had hoped for a cap on texts and emails, as well as a lower cap for telephone calls per week.

The CFPB take in public comment for 90 days and finalize the rules likely later this year or early next year.