White arrived back in the U.S. early Friday morning after spending nearly two years in detention. 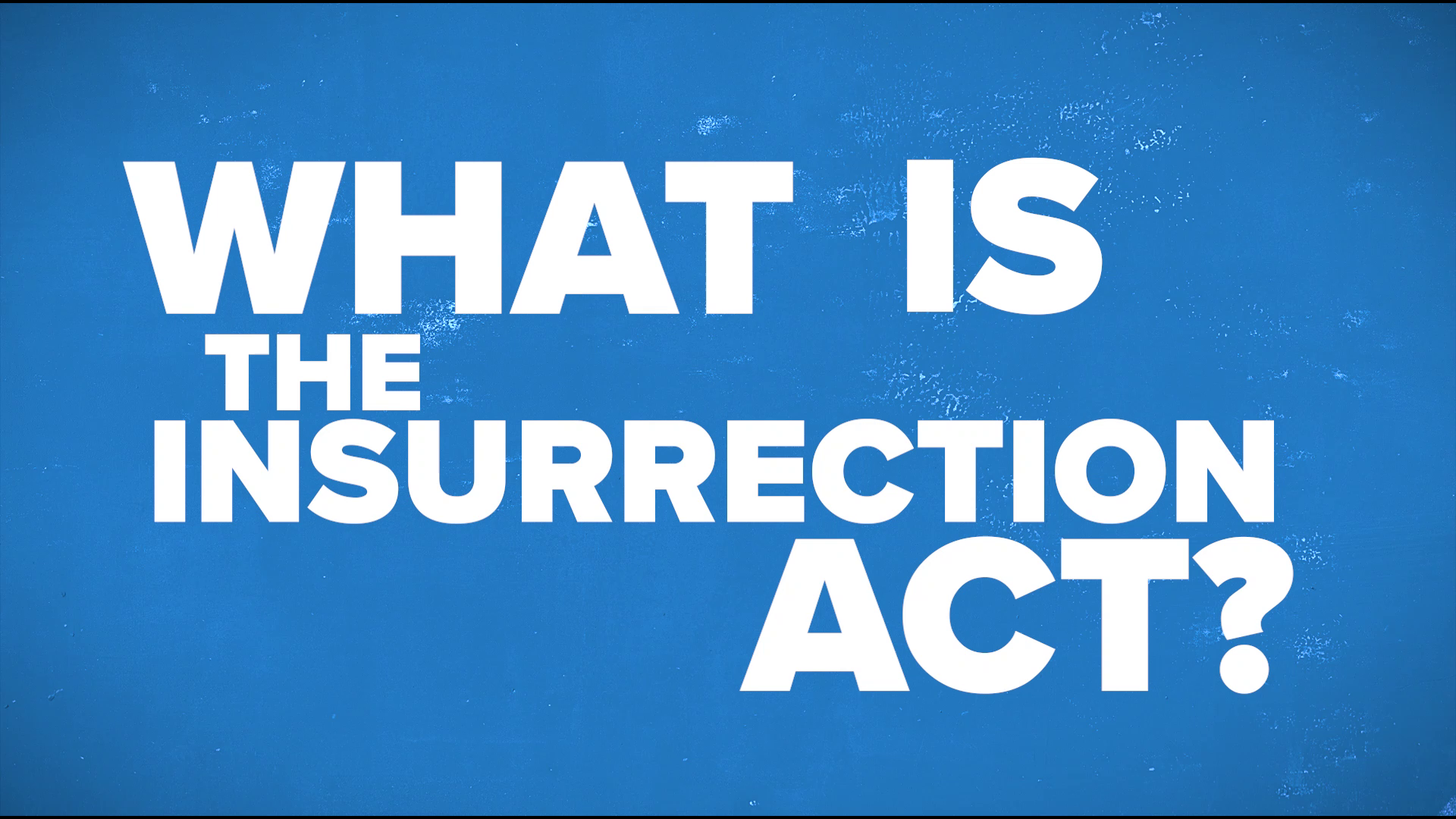 WASHINGTON — A U.S. Navy veteran whose family said his only crime was falling in love left Iran on Thursday after nearly two years of detention, winning his freedom as part of a deal that spared an American-Iranian physician from any additional time behind bars.

Michael White flew from Tehran to Zurich, where he was met by diplomat Brian Hook, the U.S. special envoy for Iran who has led the negotiations for the release of White and other American detainees in Iran. White and Hook then departed Zurich on a U.S. government plane and arrived at Dulles International Airport in Virginia early Friday morning.

"So great to have Michael home," President Donald Trump tweeted at 1:21 a.m. "Just arrived. Very exciting. Thank you to Iran."

In Atlanta, meanwhile, a federal judge approved a sentencing agreement for Florida dermatologist Matteo Taerri, who had been charged by the Justice Department with violating U.S. sanctions on Iran as well as banking laws.

The developments capped months of quiet talks, assisted by Switzerland, between two countries, that are at bitter odds over U.S. penalties imposed after Trump withdrew the U.S. from the 2015 nuclear deal and over the killing by American forces of a top Iranian general in Iraq at the beginning of this year.

White, of Imperial Beach, California, was detained by Iranian authorities in July 2018 while visiting a woman he had met online and fallen in love with. He was convicted of insulting Iran’s supreme leader and posting private information online, and was sentenced to a decade in prison.

“I am blessed to announce that the nightmare is over, and my son is safely in American custody and on his way home,” White’s mother, Joanne White, said in a statement.

As White flew to Switzerland, U.S. prosecutors completed the American part of the arrangement that Hook negotiated by asking a judge to sentence Taerri to time served on his conviction stemming from the 2018 charges. U.S. officials said Taerri did not pose a national security threat. "We were simultaneously able to secure the release of an American Navy veteran from an Iranian prison and accomplish our law enforcement objectives,” Hook said.

“There are numerous foreign policy interests that are furthered by this particular sentence,” U.S. District Judge Leigh Martin May said in granting the government's request.

Taerri was charged with attempting to export a filter to Iran that he said was for vaccine research but that U.S. authorities said required a license because it could be used for chemical and biological warfare purposes. He was also accused of structuring a series of bank deposits below $10,000 to evade reporting requirements under federal law.

RELATED: World alarmed by violence in US; thousands march in London

He pleaded guilty late last year and has already served months behind bars. But in April, he was permitted to be free on bond after the Justice Department withdrew its request to have him detained, citing what it said were significant foreign policy interests.

“The United States government and the government of Iran have been negotiating the release of a U.S. citizen held in Iranian custody,” Assistant U.S. Attorney Tracia King said at Thursday's hearing. “This case, and more specifically the sentence recommendation, is directly related to these negotiations."

A citizen of Iran and the United States, Taerri is permitted as part of his sentence to remain in America and to travel abroad.

White's release was cheered by Trump, whose administration has said it considers the release of detainees and hostages a priority. “I will never stop working to secure the release of all Americans held hostage overseas!” he tweeted. He tweeted later in the day that he had spoken by phone with White.

In an interview with Fox News after his release, White praised Trump “for his efforts both diplomatically and otherwise" and said “he is making America great again."

A spokesman for the White family, Jon Franks, said in a statement that the charges against White “were pretexts for a state-sponsored kidnap-for-ransom scheme.” He added: “The tragedy of this case is Michael's only crime was falling in love with Iran and its people for whom he cares deeply."

Despite widespread speculation, White’s release was not related to the recent deportation to Iran of Iranian scientist Sirous Asgari, the officials said.

Iran's foreign minister, Mohammad Javad Zarif, tweeted that such deals can “happen for all prisoners. No need for cherry picking. Iranian hostages held in — and on behalf of — the US should come home.” Trump also said the arrangement “shows a deal is possible."

White was released from prison on a medical furlough in March as Iran struggled to cope with the coronavirus outbreak, and turned over to the Swiss Embassy in Tehran, which represents U.S. interests in Iran. White’s mother had earlier told The Associated Press that she was especially concerned about her son’s health because of his battles with cancer.

Credit: AP
In this image provided by the U.S. State Department, Michael White holds an American flag as he poses for a photo Thursday, June 4, 2020, with U.S. special envoy for Iran Brian Hook at the Zurich, Switzerland, airport after White’s release from Iran. White, a Navy veteran who's been detained in Iran for nearly two years has been released and is making his way home, with the first leg on a Swiss government aircraft. (U.S. State Department via AP)

Trump administration officials in recent months stepped up public pressure to release White. Last month, for instance, Secretary of State Mike Pompeo mentioned White by name and thanked Switzerland for its work on arranging the furlough.

The U.S. has also urged Iran to release other Americans jailed in Iran.

Siamak Namazi, an Iranian-American, remains in Iran's Evin prison after being convicted of collaborating with the United States — charges a U.N. panel has said are bogus. Morad Tahbaz, an Iranian with U.S. and British citizenship, was part of a group of environmental activists sentenced on espionage charges and remains in custody.

Namazi's brother, Babak, said he was happy for the White family but distressed that his brother was not released. He also noted that his 84-year-old father, Baquer, who was also convicted, is out of prison but has not been permitted to leave Iran despite his poor health.

In December, Iran released Xiyue Wang, a Chinese-American Princeton University scholar held for three years on widely disputed espionage charges, in exchange for the release of a detained Iranian scientist after Hook led negotiations for the U.S.

In March, the family of former FBI agent Robert Levinson, who vanished in Iran 13 years ago, said they had been informed that U.S. officials had determined that Levinson was probably dead.