Officials announced that the James Webb Space Telescope is now scheduled to launch on Oct. 31, 2021. The previous target date was next March. 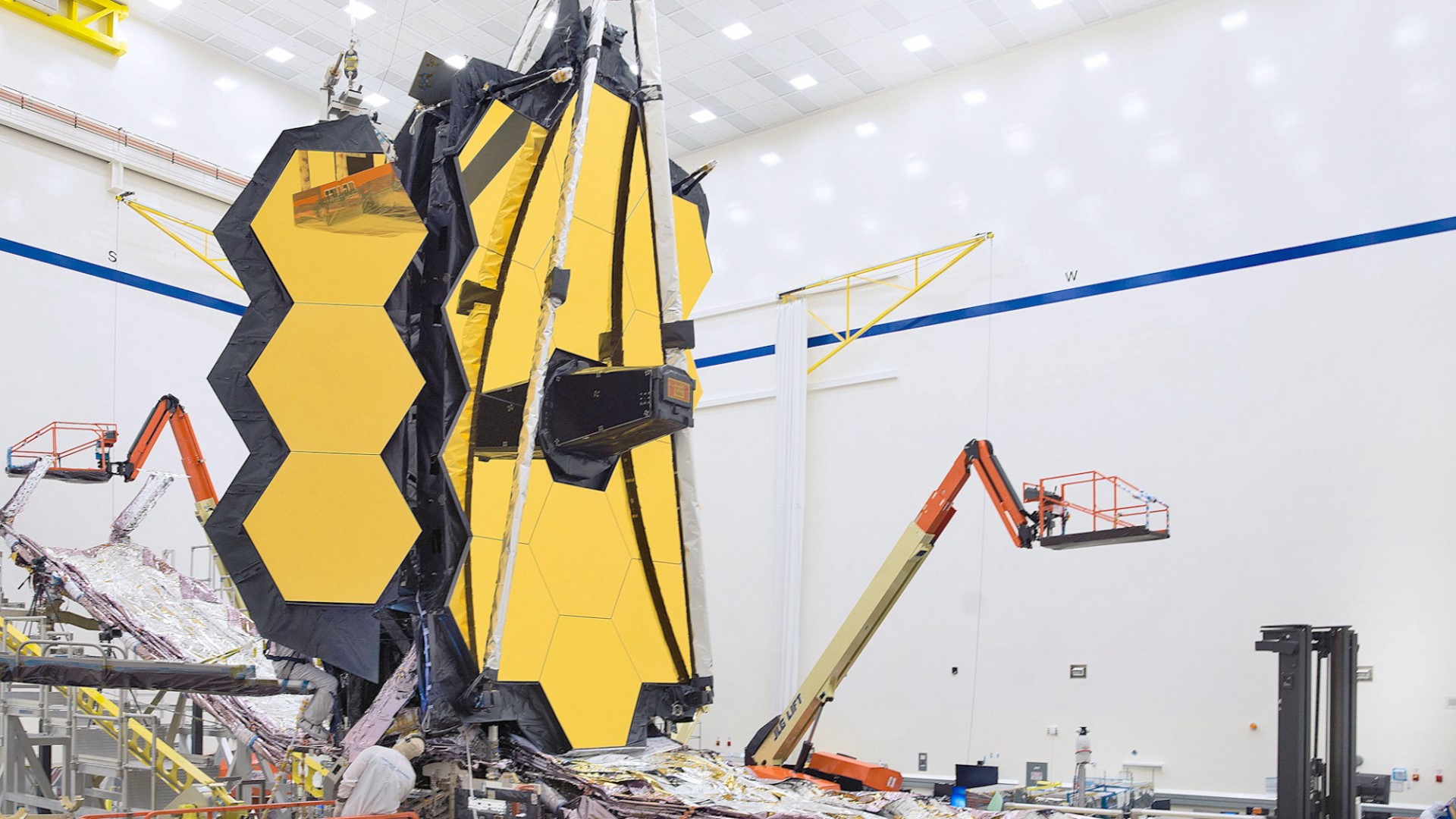 CAPE CANAVERAL, Fla — The launch of NASA’s successor to the Hubble Space Telescope faces seven more months of delay, this time because of the pandemic and technical issues.

This next-generation observatory — designed to peer farther into space and further back into time than any other spacecraft — originally was supposed to fly more than a decade ago. The previous two-year-plus delay, announced in 2018, was due to worker error and hardware problems. Until COVID-19 struck, everything was finally going well, officials said.

NASA stressed that the costs stemming from the latest postponement will not exceed the $8.8 billion spending cap for development set by Congress. Budget reserves set aside two years ago during the last major assessment will cover any additional expenses, said Thomas Zurbuchen, the space agency's science mission chief.

Nearly half the delay, about three months, is attributed to COVID-19. The outbreak has slowed work on the telescope by prime contractor Northrop Grumman in Southern California.

Another four months of padding was needed in the schedule to meet the new launch date, officials said, and lessons learned in spacecraft testing made clear just how much more time was needed. A critical acoustic and vibration test, for instance, is planned on the fully assembled telescope next month. Technicians also want to reopen and refold Webb's massive sun shield — the size of a tennis court — once more. The sun shield is needed to keep the infrared telescope cold once in space.

Credit: AP
In this 2017 photo made available by NASA, technicians lift the mirror assembly of the James Webb Space Telescope using a crane inside a clean room at NASA's Goddard Space Flight Center in Greenbelt, Md. On Thursday, July 16, 2020, officials announced that the telescope is now scheduled to launch on Oct. 31, 2021. The previous target date was March 2021. (Desiree Stover/NASA via AP)

RELATED: How to see Comet NEOWISE before it fades from view for 6,800 years

NASA plans to ship Webb next summer to its European launch site in French Guiana — Europe's contribution to the mission.

“Of course, it’s hard to predict a year plus from now how things will be here and there," said program director Gregory Robinson.

Set to soar on an European Ariane rocket, Webb is destined for a point 1 million miles (1.6 million kilometers) from Earth, well beyond astronauts' reach. The orbiting Hubble, by contrast, was repeatedly serviced by shuttle astronauts following its 1990 launch. It's expected to continue working into the 2030s, officials said Thursday.

NASA wants an overlap in operations between Hubble and Webb. The new telescope, once launched, will look at many of the same things Hubble has — and will.

"For me, it will be seeing old friends with completely new eyes,” said program scientist Eric Smith.