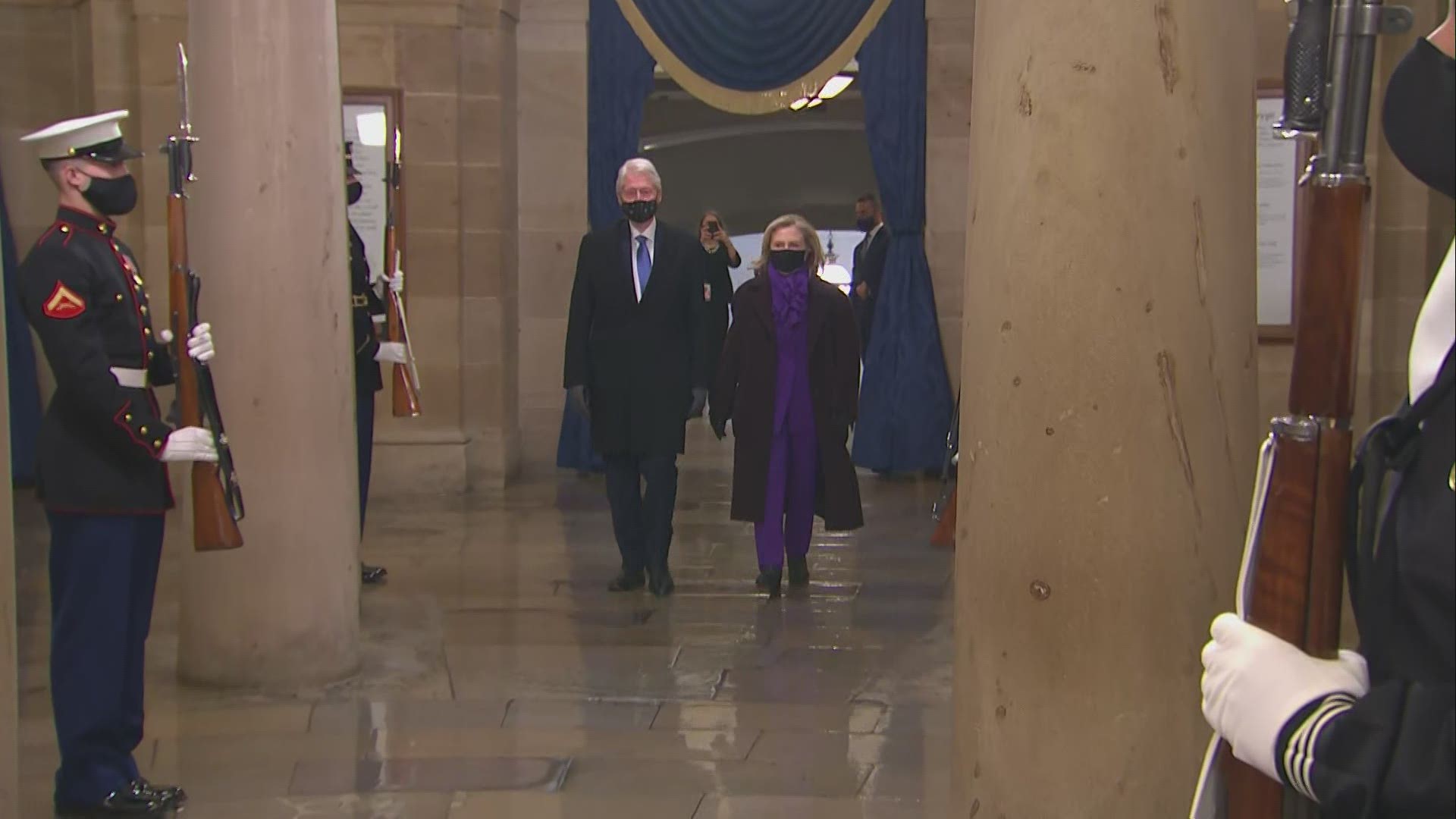 A chilly Inauguration Day in the nation's capital isn't stopping former first lady Michelle Obama from heating up the internet.

Well-regarded as a fashion icon, Obama attended Wednesday’s inauguration in a plum-colored turtleneck sweater and trousers with a matching jacket. She completed the look with a gold belt, black leather gloves and a black mask.

The outfit is reportedly from designer Sergio Hudson, a Black designer from South Carolina that has dressed the former first lady before.

The outfit even impressed singer Lady Gaga, who told the former first lady “You look so wonderful” while exiting the dais after her inauguration ceremony performance.

"You look so wonderful" -- Lady Gaga, as she left the stage, to Michelle Obama.

Vice President Kamala Harris also wore an outfit designed by Sergio Hudson, as well as Christopher John Rogers, both of whom are emerging Black designers.

Public opinion is also high on online with several user tweeting their approval of the look.

There’s not enough words to describe how beautiful Michelle Obama is. pic.twitter.com/dfKjzSN0xk

If you and girl don’t walk into the room like Barack and Michelle Obama, don’t walk in! Sheeeeeeeeesh! 👏🏾pic.twitter.com/0snpWHWoyI

Seattle Seahawks quarterback Russell Wilson even gave out a shout-out to the Obama's style.

The Obama’s walked in there so fly... @BarackObama & @MichelleObama pic.twitter.com/Qv4oa90tQq

For the fashion world, Inauguration Day signals how the incoming President and Vice President and their spouses will dress for the next four years. Given today’s choices, emerging designers could play a center role in dressing the Biden White House.

Credit: AP
Former President Barack Obama and Michelle Obama arrive at the inauguration of President-elect Joe Biden on the West Front of the U.S. Capitol on Wednesday, Jan 20, 2021 in Washington. (Win McNamee /Pool Photo via AP)