NASA hid a secret message in the Mars rover's parachute. Someone solved it in a couple hours.

The parachute that helped land the Perseverance rover on Mars had a very distinct design that included a hidden message in code. 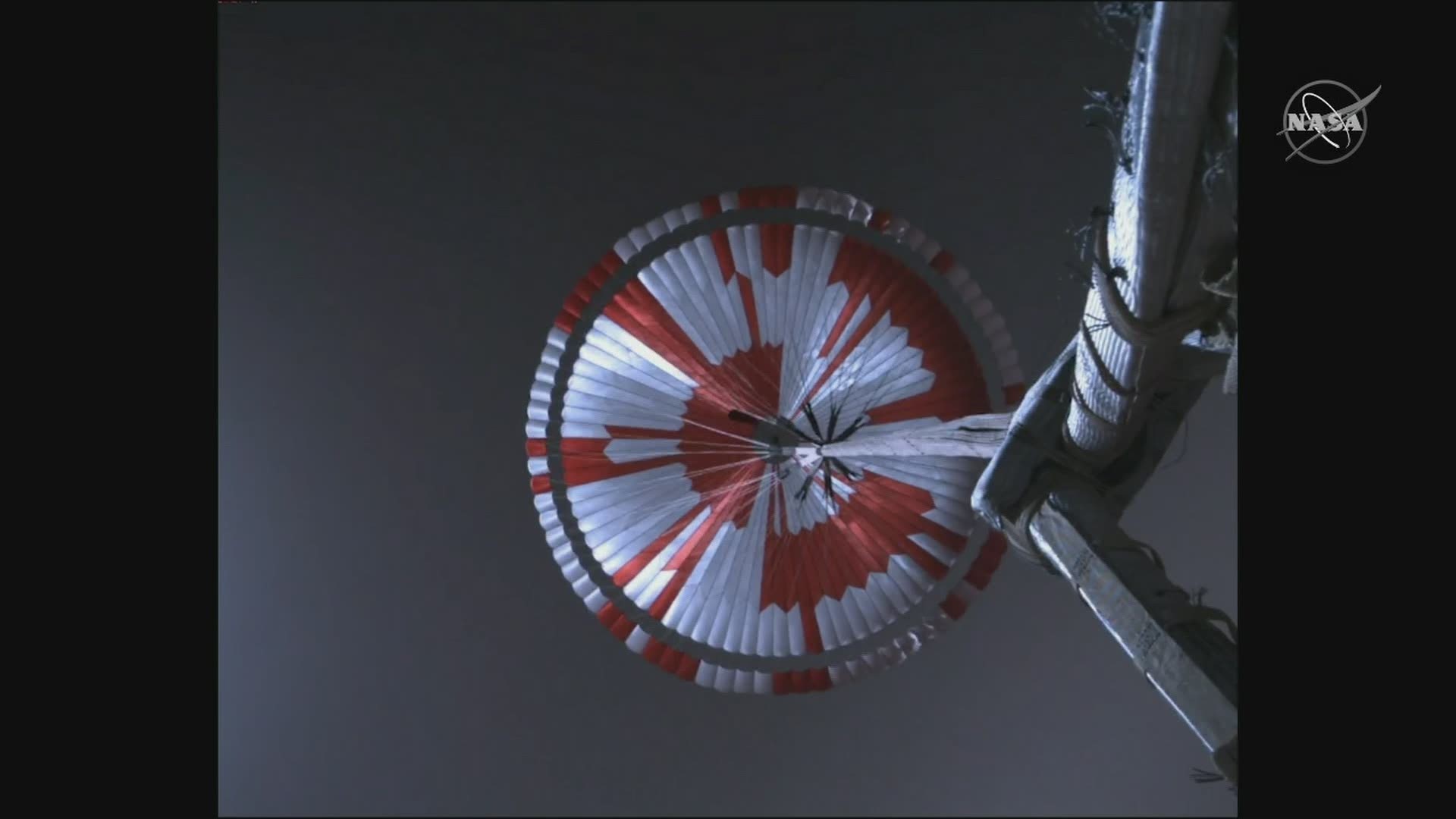 WASHINGTON — It took only a few hours for internet sleuths to crack the code hidden in the parachute that helped bring NASA's Perseverance rover to the surface of Mars.

On Monday, the space agency released a high-quality video of the spacecraft safely landing on the red planet. While discussing the patterns on the spacecraft's massive parachute, the team at Jet Propulsion Laboratory in California teased there could very well be a hidden message in the unusual design.

“In addition to enabling incredible science, we hope our efforts in engineering can inspire others," said Al Chen, who was in charge of the rover's landing team. "Sometimes we leave messages in our work for others to find for that purpose. So we invite you all to give it a shot and show your work.”

It took less than half a day for someone to crack the code.

Here's a photo of the parachute, if you want to try and figure it out yourself...otherwise, keep reading and we'll reveal the hidden message.

Credit: NASA/JPL-Caltech
NASA's Mars Perseverance rover acquired this image during its descent to Mars, using its Parachute Up-Look Camera B.

Maxence Abela, a student at French computer science school Epitech, said he and his dad cracked the code hidden in the patterns.

He figured out the message reads "Dare mighty things," a slogan that's prominently displayed at the entrance to NASA's Jet Propulsion Laboratory. JPL's Paul Ramirez added that the outer rim of the parachute's pattern signified the GPS coordinates for JPL.

So you know how NASA sent a secret message to Mars?@FrenchTech_paf figured it out. 🙌🏼

The Perseverance rover's mission is just now beginning. NASA's biggest and most sophisticated rover yet will spend the next two years exploring the surface and drilling into rocks that may hold evidence of life 3 billion to 4 billion years ago. 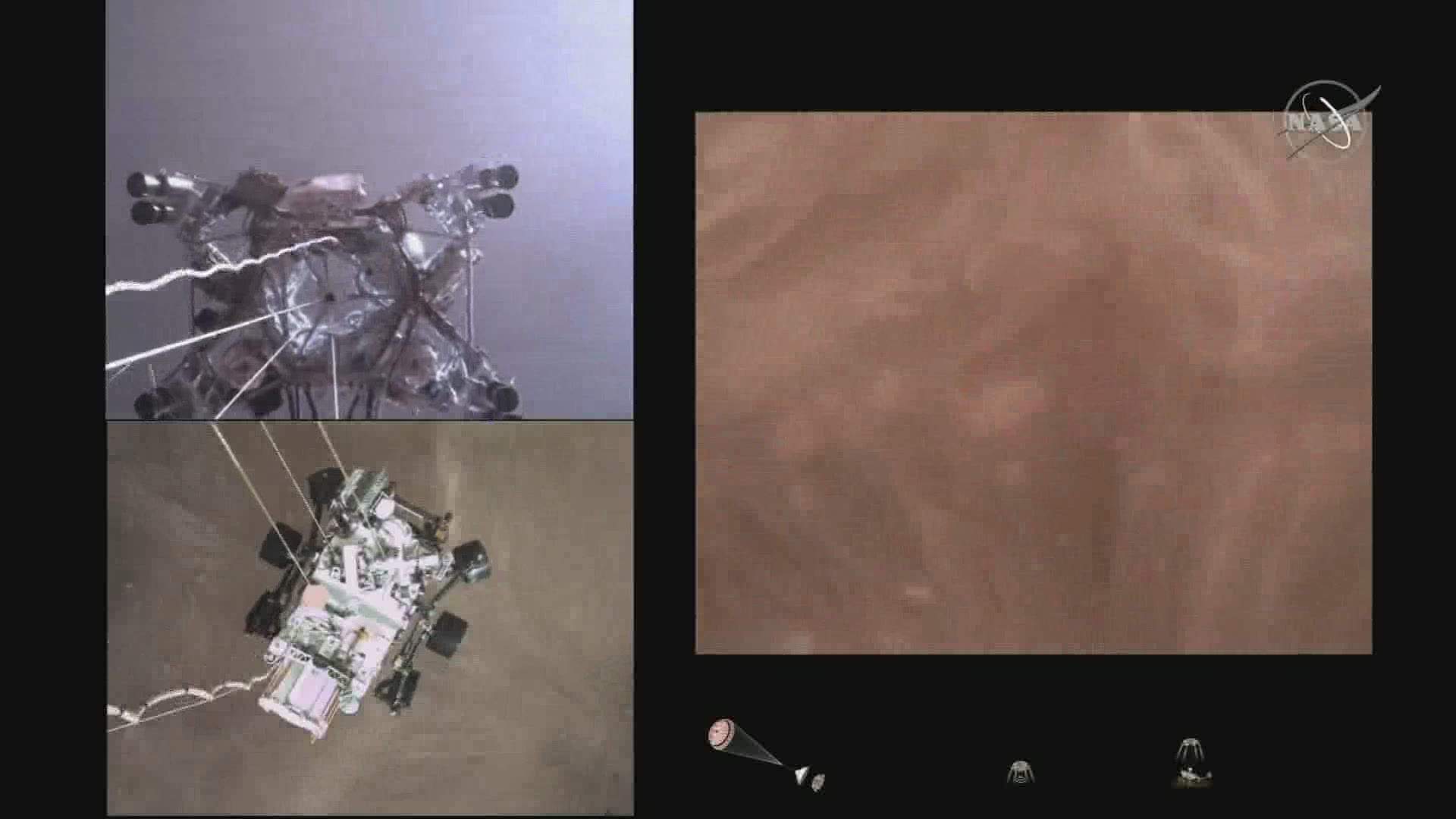