The comet was discovered only a couple of months ago and is streaking toward our sun. 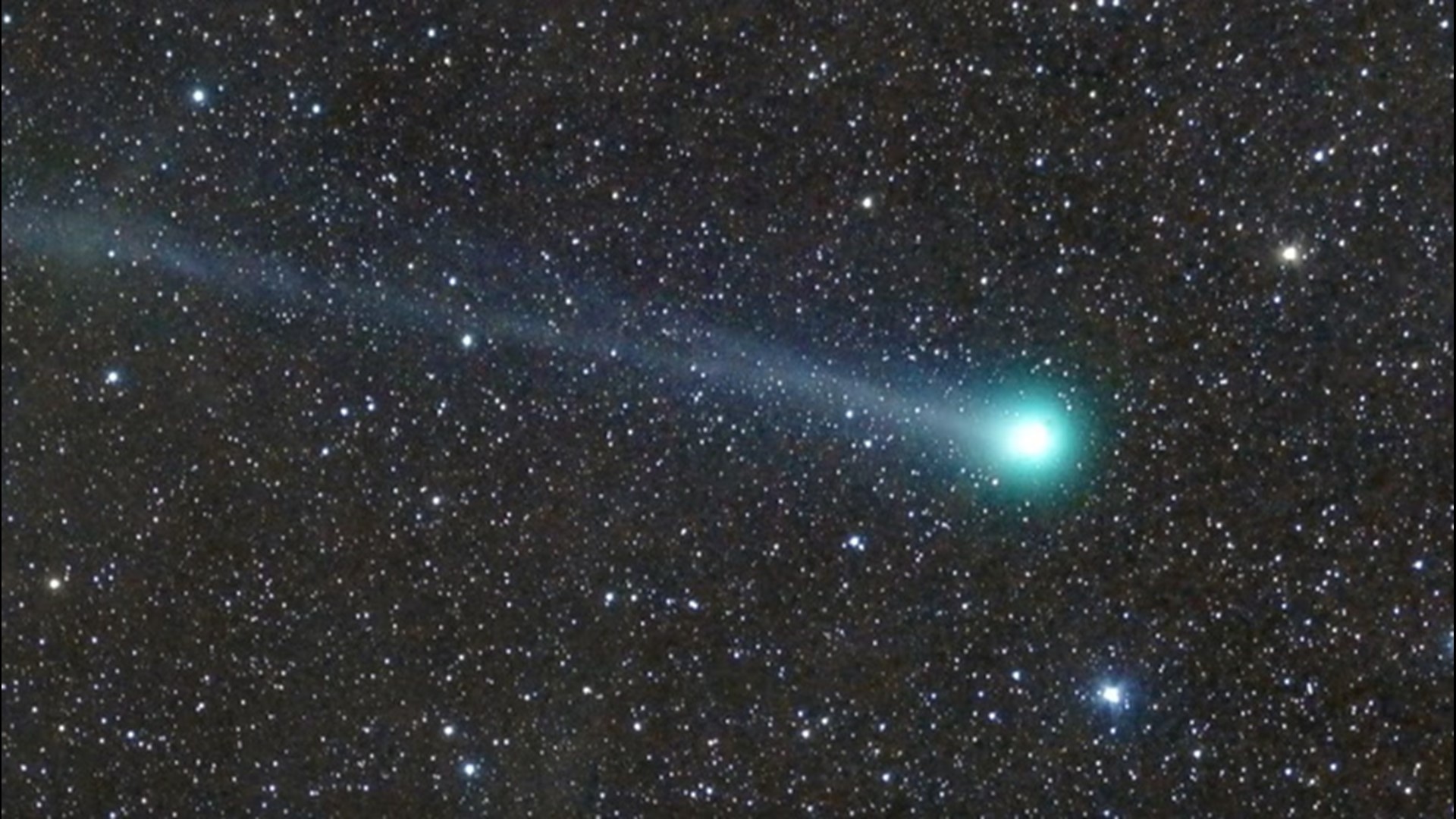 Look at the night sky just before dawn or a little after sunset for the next couple of weeks and you could see a comet with a hint of green streaking across the sky. That's the Comet SWAN.

Space.com's Joe Rao says SWAN will track north and east between the constellation Triangulum and Auriga. Your best chance of seeing the comet will be now through May 24, with Monday likely being the peak according to Forbes science contributor Jamie Carter.

Get up about an hour before dawn and look north-northeast. Rao says to hold your clenched fist at arm's length and about 10 degrees above the horizon. You will probably need binoculars. This gif from SkySafari will help you know where to look each day.

Rao says to look for a "diffuse, circular glow," and possibly a faint tail pointing up and to the right.

Rao warns that while some spectacular photos have already been snapped of the comet, looking for yourself may be a disappointment. He notes that SWAN is mostly comprised of gas, so it will appear dimmer.

"Such comets usually appear as nothing more than a fuzzball to the eye, and the resulting tail will tend to be a faint and narrow appendage, stretching straight out from behind the coma," Rao said. A coma is the nucleus of a comet.

Rao said SWAN would be brighter if it was dusty.

SWAN was discovered by an Australian astronomer in March. It's already passed Earth and is approaching the sun. Rao says it will get within 40.2 million miles -- less than half the distance between the Earth and the sun.