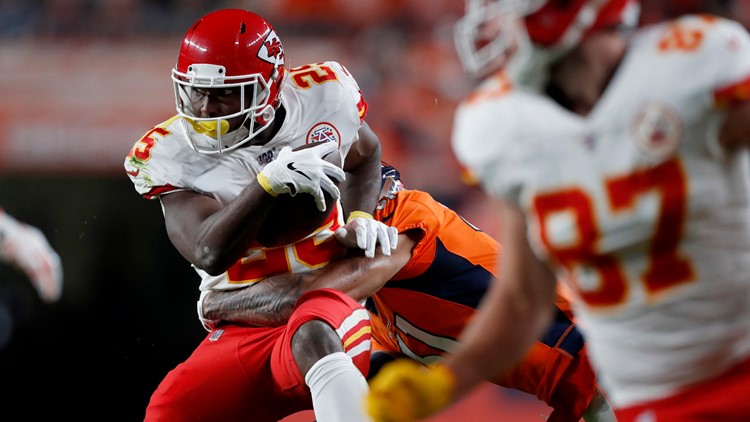 Photo by: AP Photo/David Zalubowski
Kansas City Chiefs running back LeSean McCoy (25) runs the ball against the Denver Broncos during the first half of an NFL football game, Thursday, Oct. 17, 2019, in Denver.

Court records show Kansas City Chiefs running back LeSean McCoy has settled a lawsuit filed against him by his former girlfriend.

Delicia Cordon had sued McCoy last year, saying he failed to protect her from a violent July 2018 home invasion at a house he owned just outside Atlanta.

McCoy was not at the home during the attack. He played for the Buffalo Bills at the time.

The Associated Press reports Cordon later amended the suit and accused McCoy of physically abusing her and of orchestrating he attack. McCoy denied the claims.

The parties notified the court last month that they had resolved the lawsuit. The terms of the settlement are not disclosed in online court records. A judge on Wednesday ordered the case closed.