The move would remove President Trump from office for the remainder of his term, which is less than two weeks. 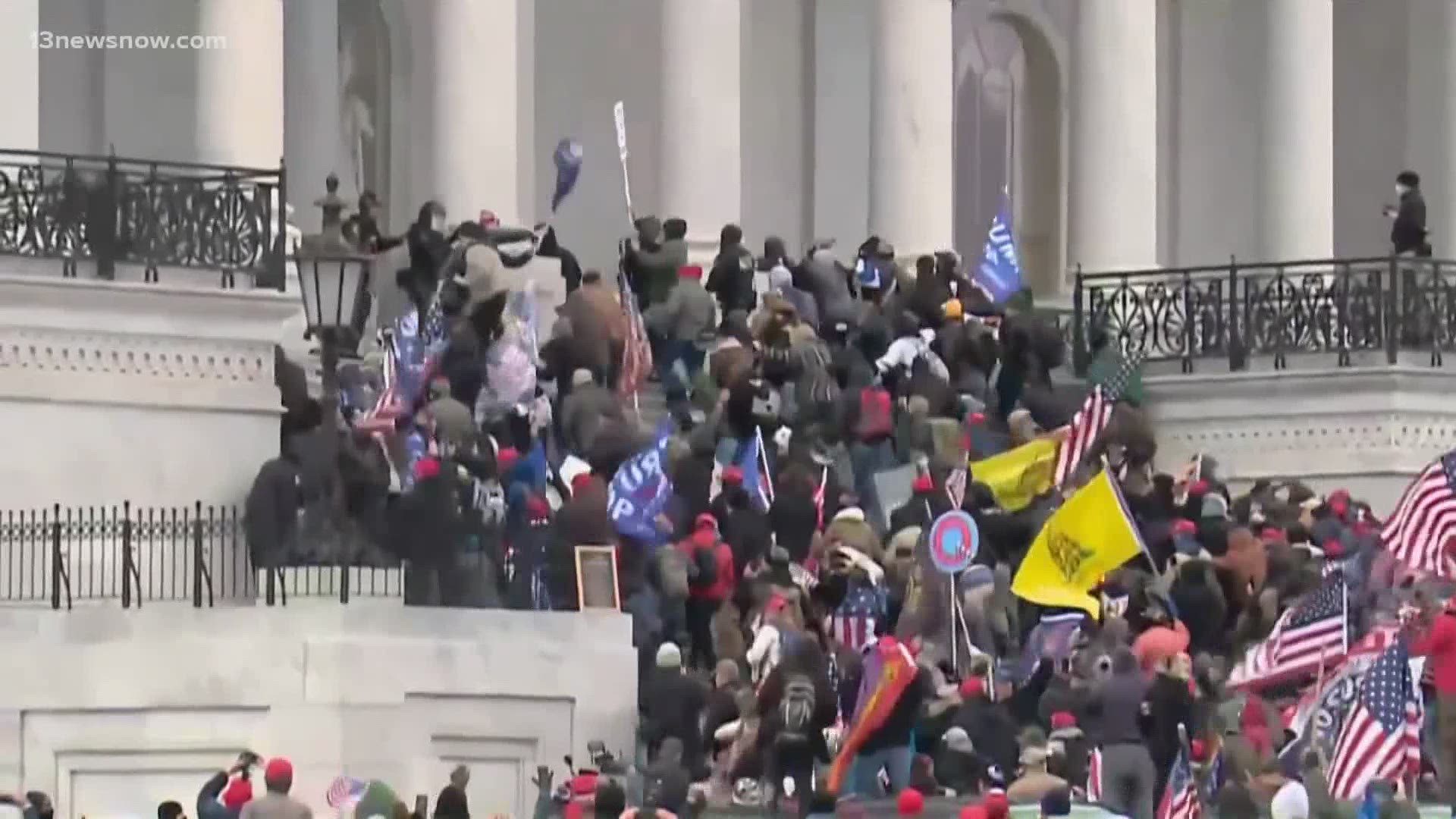 "I believe the cabinet, led by the Vice President should invoke the 25th Amendment," said Kaine. "Donald Trump is no longer able to serve."

Warner added: "25th Amendment. I absolutely believe it should be on the table. And I've been in contact with members of the Trump cabinet that I have a relationship with and am urging them to decide on how they want to be recorded in history."

"It could be done probably all in a day, if they were determined to do it," he said. "The question is, would  Vice President Pence and would a majority of President Trump's cabinet sign a piece of paper saying he's no longer competent to serve?"

Christopher Newport University Political Science Professor Quentin Kidd says if the objective is to get rid of Trump for the rest of his term, the 25th Amendment is the way to proceed.

"It would remove the President from office effectively for four days while the Vice President acted as President," he said, "During those four days, the President could object to that and say, 'No, I am competent to continue to be President.' If the President does object, then Congress has 10 days to consider that objection."

And by that point, January 20 will have arrived and President-elect Joe Biden will be sworn in.