Prosecutors say the owners of the Seattle-area company sent dangerous waste to Hong Kong rather than safely disposing it in the U.S. as promised. 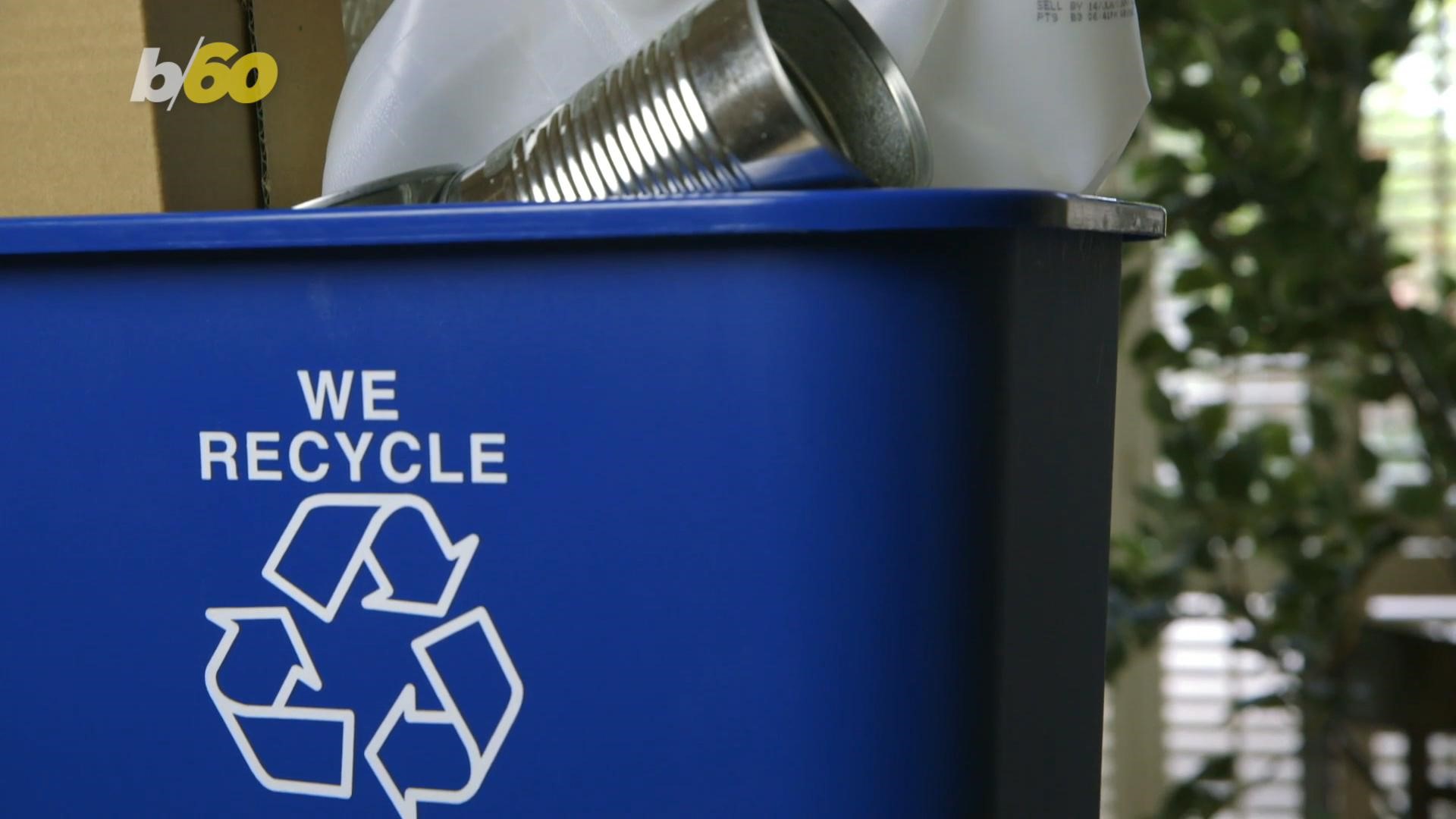 SEATTLE — The future of one of the Northwest's largest electronics recyclers is uncertain after a judge sentenced its founders to prison for what prosecutors described as the largest known fraud of its type in the nation: a seven-year scheme to ship dangerous waste to Hong Kong, rather than safely handling it in the U.S. as promised.

Total Reclaim Inc., based in the Seattle suburb of Kent, recycles electronics as well as refrigerants and other toxic materials from government and private organizations in Washington, Oregon and Alaska.

It held itself out as a leader in environmental stewardship, promising to safely dispose of items such as mercury-containing flat-screen television monitors for clients who included the cities of Seattle and Juneau, Alaska; the University of Washington; and Oregon and Washington state's E-Cycle programs.

Instead, as the independent watchdog group Basel Action Network discovered by tracking Total Reclaim's shipments, the company was secretly selling the monitors to another business, which was then sending them to Hong Kong to be dismantled by low-wage workers without proper health protections. The company sent 430 shipping containers carrying more than 8 million pounds (3.6 million kilograms) of monitors overseas, putting workers and their families at risk of organ damage and mental impairment.

Total Reclaim's owners, Jeff Zirkle and Craig Lorch, falsified hundreds of documents to cover it up when confronted, as they acknowledged in plea agreements and in statements to the court as they were sentenced to 28 months in prison Tuesday. Both addressed the court, saying they were ashamed of what they had done.

Credit: AP
Craig Lorch, right, one of the owners of electronics recycler Total Reclaim Inc., which is based in the Seattle suburb of Kent, Wash., walks towards a federal courthouse with attorneys John Wolfe, left, and Rebecca Gorn, center, Tuesday, April 23, 2019, in Seattle. Lorch and co-owner Jeff Zirkle were sentenced to 28 months in prison Tuesday for what prosecutors described as the largest known fraud of its type in the nation: a seven-year scheme to ship dangerous waste to Hong Kong, rather than safely handling it in the U.S. as promised. (AP Photo/Ted S. Warren)

"You only stopped because you got caught," U.S. District Judge Richard Jones told them. "Why did you have to do this? You had a successful business."

Assistant U.S. Attorney Seth Wilkinson described the motive as greed: Total Reclaim wasn't prepared to recycle the flat-screen monitors it began accepting around 2008. Rather than invest the millions of dollars it would take to develop that capacity, he said, Lorch and Zirkle decided they could keep the money they were receiving from their clients and make additional profit by selling the monitors to the company that shipped them to Hong Kong.

There was no evidence about any workers who suffered health problems from handling the monitors; the defendants acknowledged only that they placed the workers at risk.

John Wolfe, an attorney for Lorch, said it wasn't greed. The flat-screen recycling constituted less than 3% of Total Reclaim's business, and the revenue from that would not have much affected the roughly $8 million Lorch and Zirkle paid themselves during the scheme.

Credit: AP
Jeff Zirkle, right, one of the owners of electronics recycler Total Reclaim Inc., which is based in the Seattle suburb of Kent, Wash., leaves a federal courthouse with an unidentified person at left, Tuesday, April 23, 2019, in Seattle. Zirkle and co-owner Craig Lorch (not shown) were sentenced to 28 months in prison Tuesday for what prosecutors described as the largest known fraud of its type in the nation: a seven-year scheme to ship dangerous waste to Hong Kong, rather than safely handling it in the U.S. as promised. (AP Photo/Ted S. Warren)

Instead, Wolfe suggested, the men chose the easy path instead of the right one, and once they had done so, they didn't know how to come clean.

In determining the sentence, the judge was tasked with balancing the fraud against the history of the defendants — neither of whom had ever before been in trouble with the law. Dozens of their supporters wrote letters to the court on their behalf, noting good works such as Zirkle providing monthly financial support to a firefighter friend.

Lorch helped start the nonprofit Bike Works, which recycles and sells used bicycles, and serves on the board of the Village Bicycle Project, which ships bikes to Ghana and Sierra Leone.

Meg Watson, the organization's operations director, was one of dozens of supporters who packed the courtroom Tuesday. She said Lorch had provided storage space for bikes before they're sent from Seattle — something the Village Bicycle Project otherwise can't afford.

"The loss for us if he's gone from our community — I can't estimate how that would be for us," she said.

But the judge noted that it was, in part, Lorch and Zirkle's cheating in business and potentially poisoning foreign workers that allowed for their charity.

Total Reclaim has lost some major clients since the scheme was exposed, including the Washington E-Cycle program. But it still has 60 employees and 740 clients, and the defendants asked Jones to stagger the sentences so that their time in prison would not overlap — allowing one of the defendants to always be available to run the business.

The judge partly agreed, allowing Lorch to begin his sentence one year after Zirkle. Lorch said he hoped the business would be able to continue operating through their prison terms.