The committee says the resolution is similar to procedural votes taken at the start of the impeachment investigations into Presidents Richard Nixon and Bill Clinton. 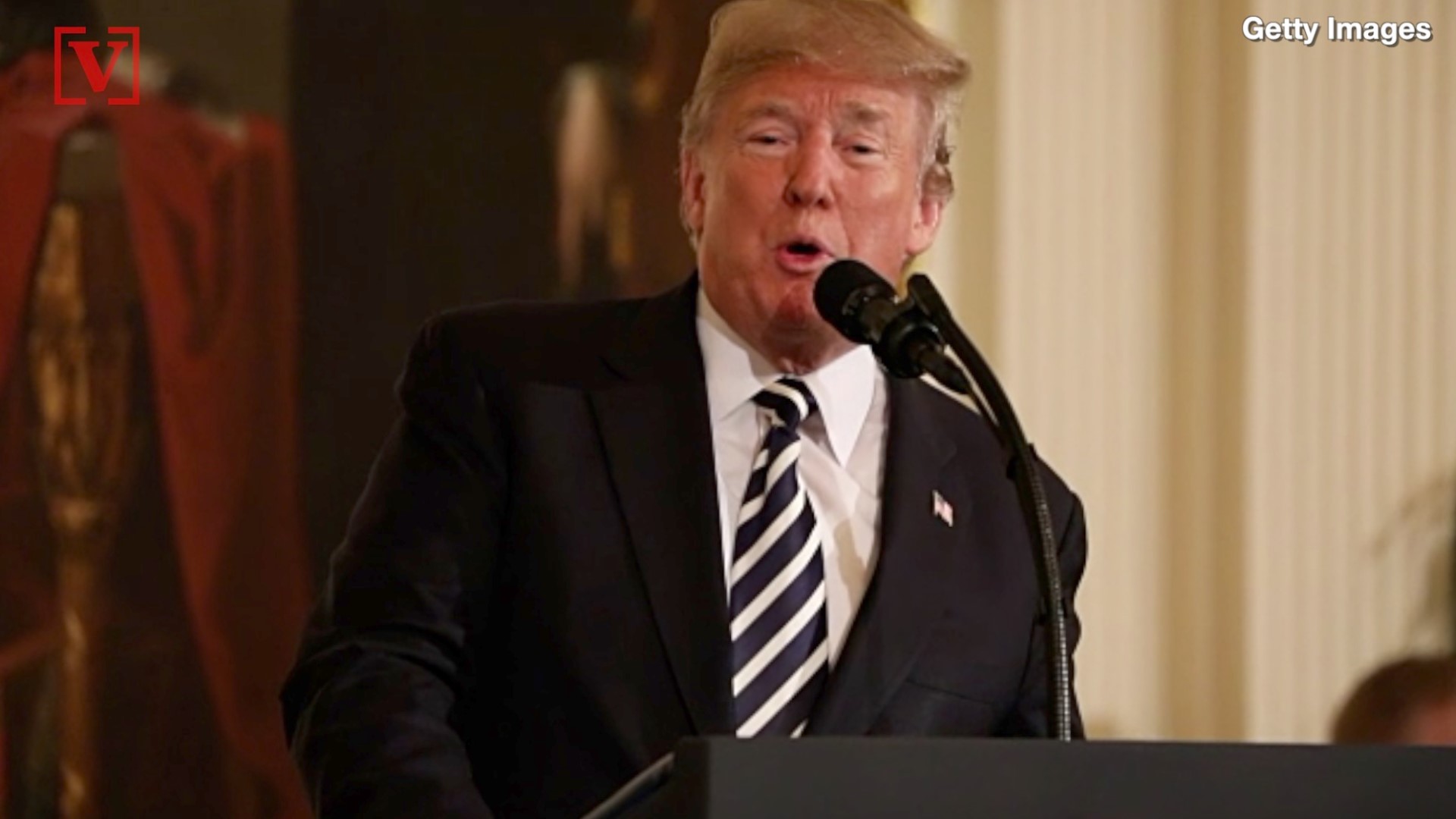 WASHINGTON — The House Judiciary Committee will vote Thursday to establish rules for hearings on impeachment, escalating the panel's investigations of President Donald Trump even as many Democrats remain wary of the effort.

The resolution is a technical step, and the panel would still have to introduce impeachment articles against Trump and win approval from the House to bring charges against Trump. It's unclear if that will ever happen, as House Speaker Nancy Pelosi has urged caution on the issue, saying the public still isn't yet supportive of taking those steps.

Even if the House did recommend impeachment charges against the president, the Republican-led Senate is unlikely to convict him and remove him from office.

Still, House Judiciary Committee Chairman Jerrold Nadler has said that the committee will move forward with impeachment hearings this fall, bolstered by lawmakers on the panel who roundly support moving forward. The vote on Thursday will set rules for those hearings, empowering staff to question witnesses, allowing some evidence to remain private and permitting the president's counsel to respond to testimony.

The committee says that the resolution is similar to procedural votes taken at the beginning of the impeachment investigations into Presidents Richard Nixon and Bill Clinton.

"The adoption of these additional procedures is the next step in that process and will help ensure our impeachment hearings are informative to Congress and the public, while providing the president with the ability to respond to evidence presented against him," Nadler said in a statement. "We will not allow Trump's continued obstruction to stop us from delivering the truth to the American people."

The committee has also filed two lawsuits against the administration after the White House repeatedly blocked the panel from obtaining documents and testimony.

Pelosi has said she wants to see what happens in court before making any decisions on impeachment. She said Monday evening that she had signed off on the Judiciary vote, and "that's a logical thing for a committee to establish its rules of procedure."

The first hearing under the new impeachment rules would be with Corey Lewandowski on Sept. 17, the panel also announced Monday. Lewandowski was frequently mentioned in former special counsel Robert Mueller's report, which the committee has been investigating. According to Mueller's report, Trump asked Lewandowski to deliver a message to then- Attorney General Jeff Sessions asking him to limit Mueller's probe.

The committee has also invited two other witnesses mentioned in the report, former White House aides Rick Dearborn and Rob Porter. The White House has previously blocked former employees from testifying, but Lewandowski never officially worked for the White House.

The resolution that the committee will consider Thursday would set parameters for the panel's impeachment hearings in an attempt to give lawmakers more powers to investigate the president. It would allow committee lawyers to question witnesses for an additional hour — 30 minutes for each side — beyond the five minutes allowed for committee lawmakers. Evidence would be allowed in private session to protect the confidentiality of sensitive materials, and any full committee or subcommittee hearing could be designated by Nadler as part of the committee's probe into whether to recommend articles of impeachment.

The procedural vote comes as the panel broadens its impeachment probe beyond Mueller's report, which has consumed most of the committee's energy since it was released in April. The Judiciary panel, along with the House Oversight and Government Reform Committee, announced Friday that they are demanding information about the spending of taxpayer money at the president's hotels and properties, partly to inform the impeachment investigation.

The committees said there have been "multiple efforts" by Trump and administration officials to spend federal money at his properties, including Vice President Mike Pence's stay last week at a Trump resort in Doonbeg, Ireland.

Aside from reviewing his use of Trump's properties, the Judiciary panel is also expected to investigate hush money payments Trump made to kill potentially embarrassing stories, and has subpoenaed the Department of Homeland Security to explore whether the president offered pre-emptive pardons for lawbreaking. More subpoenas are likely.

Meanwhile, several other committees are also investigating the president — though not under the auspices of impeachment, which is the jurisdiction of the Judiciary panel.

In one of those probes, House Intelligence Committee Chairman Adam Schiff wrote former National Security Adviser Michael Flynn and demanded that he appear for testimony on Sept. 25. In the letter, released Monday and dated Friday, Schiff said that Flynn had failed to comply with the panel's June subpoena or "cooperate with the committee's efforts to secure your compliance."

Flynn admitted lying to the FBI about his conversations with the Russian ambassador to the United States and awaits sentencing.

The intelligence panel said also Monday that it will investigate possible efforts by Trump and his personal lawyer, former New York City Mayor Rudy Giuliani, to pressure the government of Ukraine to assist Trump's 2020 presidential campaign.

The intelligence panel, along with the House Foreign Relations Committee and the Oversight committee, is demanding records related to those efforts. The committees said in a joint release that the record request is a "first step in a broad investigation into this matter."

Giuliani said earlier this year that he would travel to Kiev to urge the government to investigate the origins of Mueller's probe and the involvement of former Vice President Joe Biden's son in a gas company owned by a Ukrainian oligarch. Giuliani later scrapped that trip.