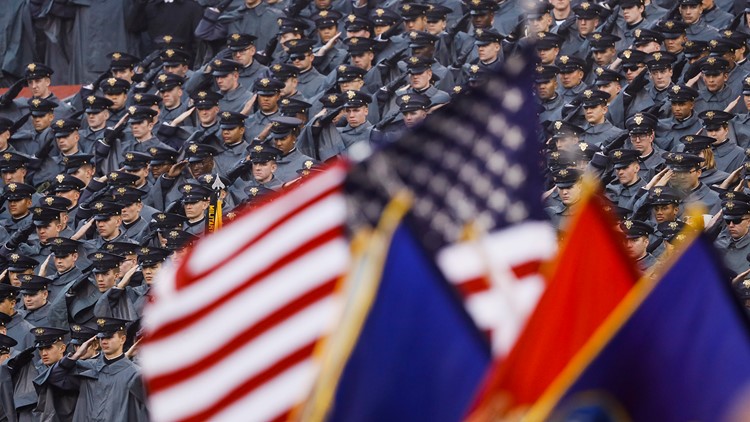 A military investigation has concluded that hand gestures flashed by West Point cadets and Naval Academy midshipmen during the televised Army-Navy football game were not racist signals.

A Navy probe of the event found that the students were “participating in a sophomoric game” and had no racist intent.

"The investigating officer concluded that the cadets were playing a common game, popular among teenagers today, known as the “circle game” and the intent was not associated with ideologies or movements that are contrary to the Army values," the U.S. Military Academy announced.

The Navy and Army said officials are, however, disappointed in the immature behavior of the students and “their actions will be appropriately addressed.”

“We develop leaders of character who serve to defend our nation and the American people, and we expect our cadets to lead and live honorably and demonstrate excellence. Leading and living honorably means to act in a professional manner at all times,” Lt. Gen. Darryl A. Williams said.

There was no immediate information about what types of punishment the students are facing.