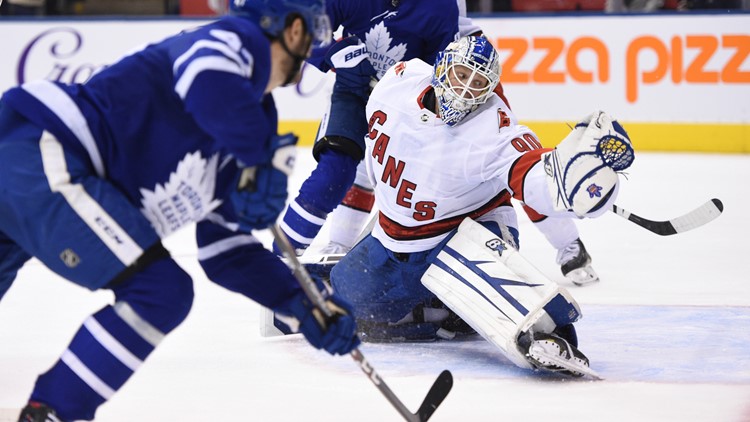 TORONTO, ON — The Carolina Hurricanes were forced to use an emergency goaltender against the Toronto Maple Leafs after both of their netminders left with injuries.

David Ayres, who works as a Zamboni driver for the Toronto Marlies, served as the emergency goalie.

The 42-year-old Ayres was forced into action in Marlies gear and a Hurricanes jersey midway through the second period after Carolina's James Reimer and Petr Mrazek were injured.

The Hurricanes were leading 3-1 when Ayres took over.

RELATED: Olympics on TV have changed dramatically since Miracle on Ice