High court sides with former athletes in dispute with NCAA

The court ruled Monday that NCAA limits on the education-related benefits colleges can offer athletes who play Division I basketball and football can't be enforced. 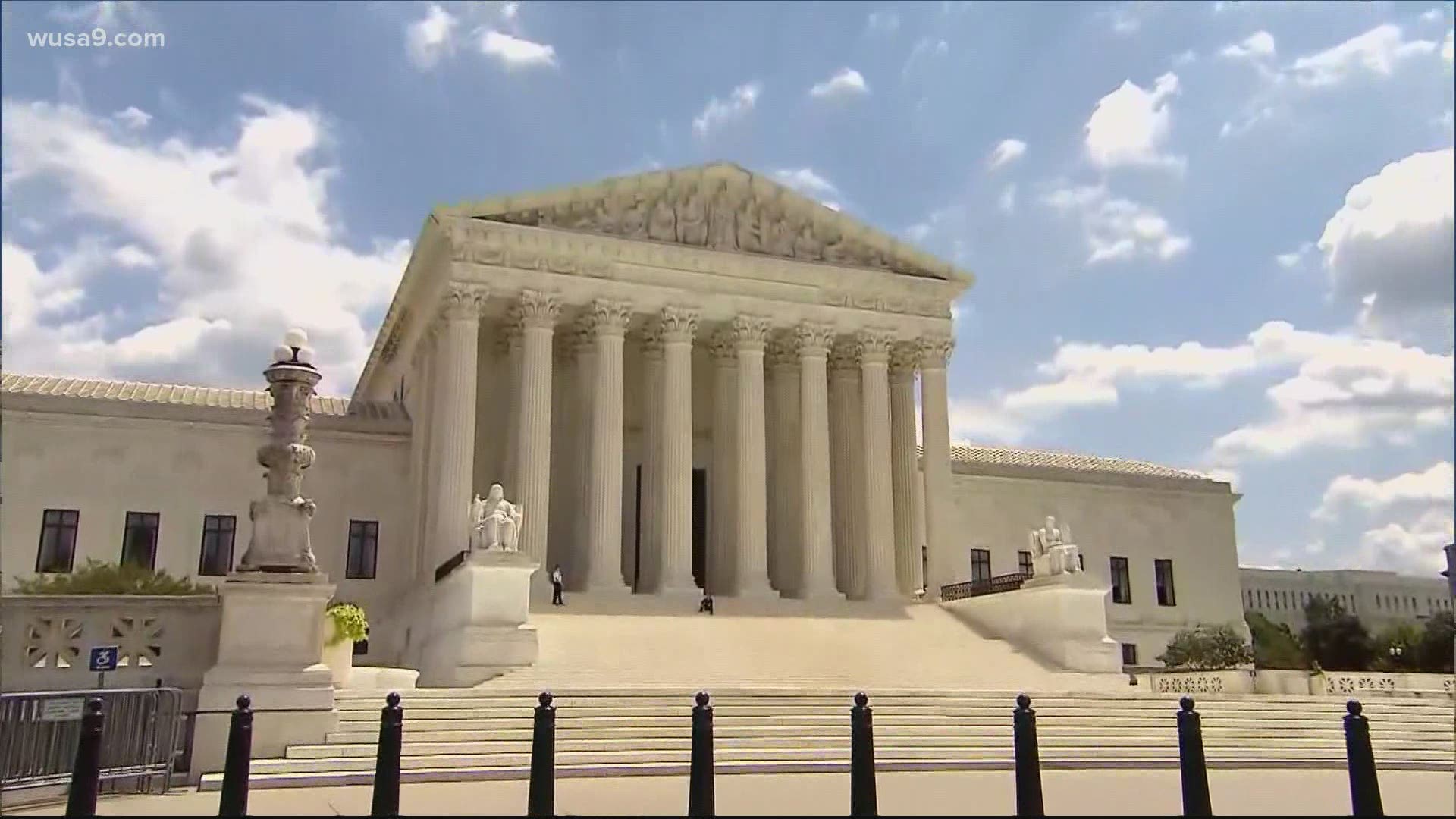 WASHINGTON — In a ruling that could help push changes in college athletics, the Supreme Court on Monday unanimously ruled that the NCAA can't enforce certain rules limiting the education-related benefits — things like computers and graduate scholarships — that colleges offer athletes.

The case doesn’t decide whether students can be paid salaries. Instead, the ruling will help determine whether schools decide to offer athletes tens of thousands of dollars in those benefits for things including tutoring, study abroad and internships.

The high court agreed with a group of former college athletes that NCAA limits on the education-related benefits that colleges can offer athletes who play Division I basketball and football can't be enforced.

Justice Neil Gorsuch wrote for the court that the NCAA sought “immunity from the normal operation of the antitrust laws,” which the court declined to grant.

Under current NCAA rules, students cannot be paid, and the scholarship money colleges can offer is capped at the cost of attending the school. The NCAA had defended its rules as necessary to preserve the amateur nature of college sports.

NEW: In a victory for college athletes, SCOTUS unanimously invalidates a portion of the NCAA's "amateurism" rules. The court says the NCAA can no longer bar colleges from providing athletes with education-related benefits such as free laptops or paid post-graduate internships.

But the former athletes who brought the case, including former West Virginia football player Shawne Alston, argued that the NCAA’s rules on education-related compensation were unfair and violate federal antitrust law designed to promote competition. The Supreme Court upheld a lower court ruling barring the NCAA from enforcing those rules.

As a result of the ruling, the NCAA itself can’t bar schools from sweetening their offers to Division I basketball and football players with additional education-related benefits. But individual athletic conferences can still set limits if they choose. A lawyer for the former athletes had said before the ruling that he believed that if his clients won, “very many schools” would ultimately offer additional benefits.

The NCAA had argued that a ruling for the athletes could lead to a blurring of the line between college and professional sports, with colleges trying to lure talented athletes by offering over-the-top education benefits worth thousands of dollars. Even without the court’s ruling, however, changes seem on the way for how college athletes are compensated. The NCAA is trying to amend its rules to allow athletes to profit from their names, images and likenesses. That would allow athletes to earn money for things like sponsorship deals, online endorsement and personal appearances. For some athletes, those amounts could dwarf any education-related benefits.

The players associations of the NFL, the NBA and the WNBA had all urged the justices to side with the ex-athletes, as did the Biden administration.