Halloween during the pandemic: Costumes and candy, at a distance

Like everything else this year, the pandemic left its mark on Halloween. Parades, parties and haunted houses were canceled but parents found ways to preserve it. 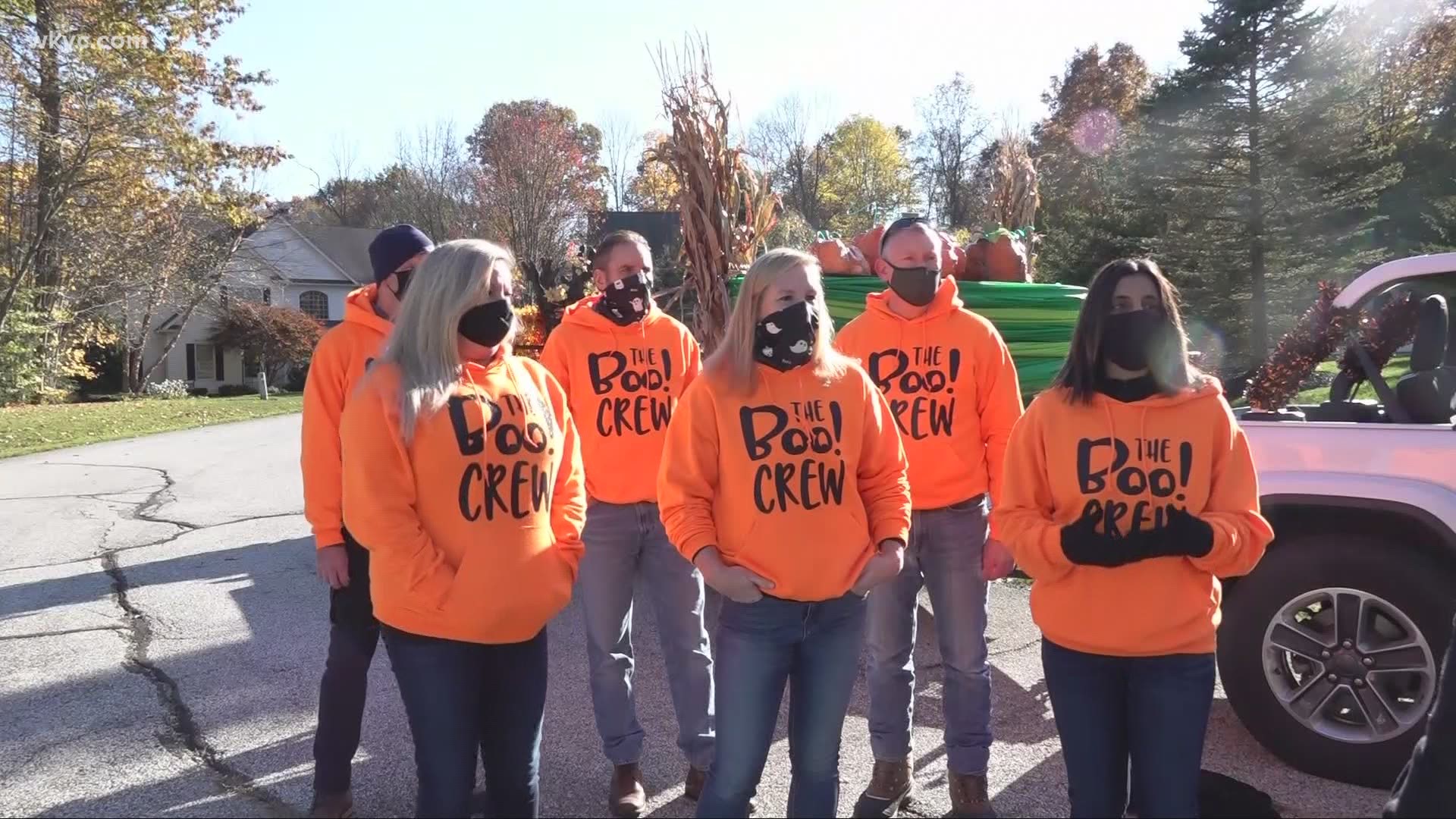 Ghosts, skeletons, princesses and black cats roamed the streets as usual this Halloween, but they kept their distance, wore face coverings and carried hand sanitizer in their quest for treats.

Like with everything else this year, the pandemic also left its mark on Halloween. Parades, parties and haunted houses were canceled due to bans on large gatherings and concerns that spooky celebrations could spread the coronavirus.

But across the U.S., parents and costumed kids found ways to preserve the essence of the holiday Saturday while also observing the rules of social distancing.

In the Chicago suburb of Oak Park, Tomeka Ray took her 4-year-old daughter, Diamond, trick-or-treating in the afternoon. The girl, dressed as a princess, wore her mask and carried sanitizer, with more of the disinfecting gel in the car for good measure, Ray said, so “I wasn’t too worried."

At one home neighbors had rigged a remote treat-delivery system fashioned out of a ventilation tube, with a cardboard cutout at the end colored to make it look like a dragon's mouth.

“I like that. I really do. That’s the third house I’ve seen that has that,” Ray said.

Caden Korchuk, 11, and friend Jayden Schoning, 10, both dressed as skeletons, also appreciated getting their candy delivered from a distance.

“Everything out here is really cool because of all the chutes,” Korchuk said.

In Glen Allen, Virginia, just outside Richmond, neighbors left individually wrapped bags of candy on tables at the end of driveways to avoid having dozens of kids coming to their doors and sticking their hands in the same big, germy candy bowls.

Parker, his 5-year-old son, was going as Yoshi, the green dinosaur from the Mario Kart video game series, and the chance to show off his costume and get candy is all he's talked about recently

“He's already had so much taken away from him this year," Cheadle said. "We think this is a small compromise for Halloween. The little kiddos will still dress up, they'll still get to go driveway to driveway, but not door to door.”

Halloween comes as coronavirus cases are surging in many parts of the country and health officials warn of the potential for even higher numbers this winter.

More than 230,000 people have died of COVID-19 in the country, and total U.S. cases surpassed 9 million on Friday. Over the past two weeks, more than 78,700 new virus cases have been reported each day on average, up from about 55,100 in mid-October, according to Johns Hopkins University.

So many cities and towns issued guidelines for celebrating Halloween safely.

RELATED: Steps to reduce the spread of COVID-19 on Halloween

Lots of festivities were canceled, including the Greenwich Village Halloween Parade, a nearly 50-year tradition that typically draws tens of thousands to the streets of Manhattan. Organizers staged a virtual puppet parade instead.

In New Hampshire, where coronavirus cases are also on the rise, emergency management officials in Coos County recommended residents not participate in door-to-door trick-or-treating or group events. Trick-or-treating was called off entirely in Pittsburg, a town of about 900 in the northern part of the state.

Betsy Curtin of Clarks Summit, Pennsylvania, and her sons were also skipping it for safety's sake. Instead, it was a visit to their grandparents' houses in costume — 7-year-old Alex as Batman and 9-year-old Charlie as Captain America — then back home for pizza and a movie.

“I only bought Kit Kats for them, so I’ve officially ruined their weekend," Curtin said. “Hoping the grandparents come through with specialty chocolates.”