German grandma builds wheelchair ramps from Lego to help others

With the help of donations, 'Lego Grandma' provides shops in her town with a colorful wheelchair ramp that raises awareness and helps others. 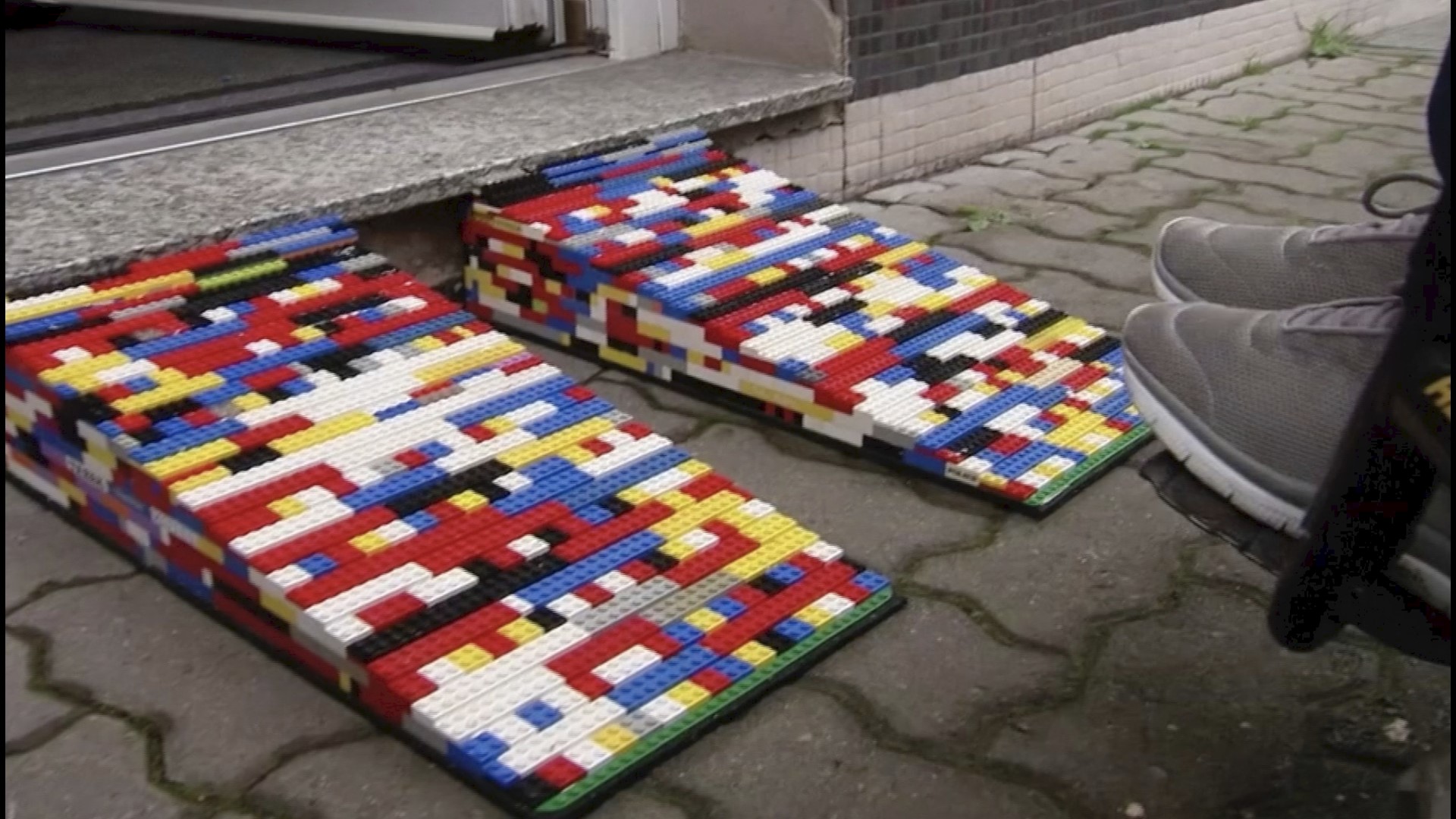 HANAU, Germany — A German grandmother has found a way to turn an iconic toy brand into a low-tech solution for getting around her town.

Rita Ebel has been using a wheelchair ever since she was injured in a car accident 25 years ago. But Ebel found not all shops and cafes were easily accessible in her hometown of Hanau, Germany.

To fix the problem, the 62-year-old began creating wheelchair ramps made out of Lego.

“For me it is just about trying to sensitize the world a little bit to barrier-free travel,” Ebel, who has been given the nickname "Lego Grandman," told Reuters.

She was inspired after reading about another wheelchair user who incorporated Lego ramps in her northern German town, according to iNews.

Each ramp takes hundreds of brick pieces and large amounts of glue to keep it stable. With help from her husband, the couple spends upwards of three hours a day building ramps in their home, 10 miles east of Frankfurt.

When completed, the diverse array of colors stand out to those passing by.

When completed, the diverse array of colors stand out to those passing by.

“Nobody just walks past a Lego ramp without taking a look. Whether it’s children who try to get the bricks out or adults who take out their mobile phones to take pictures,” she said.

The biggest challenge has been getting enough Lego bricks because many families can't bear to part with them, she explained to Reuters. She has even sent ramp building instructions to others in Austria and Switzerland, and Ebel said she's gotten interest from a school in the U.S. as well.

"We are happy about every business that comes up to us and wants to have one of our ramps. We give the ramps free of charge to the stores, nobody wants to make a profit from the campaign," Ebel told the Hanauer Anzeiger newspaper in Germany.