Jane Fonda and Ted Danson arrested while protesting in front of the U.S. Capitol Building

This is the third straight Friday Fonda has been arrested for unlawful demonstration as she and others protest climate change. 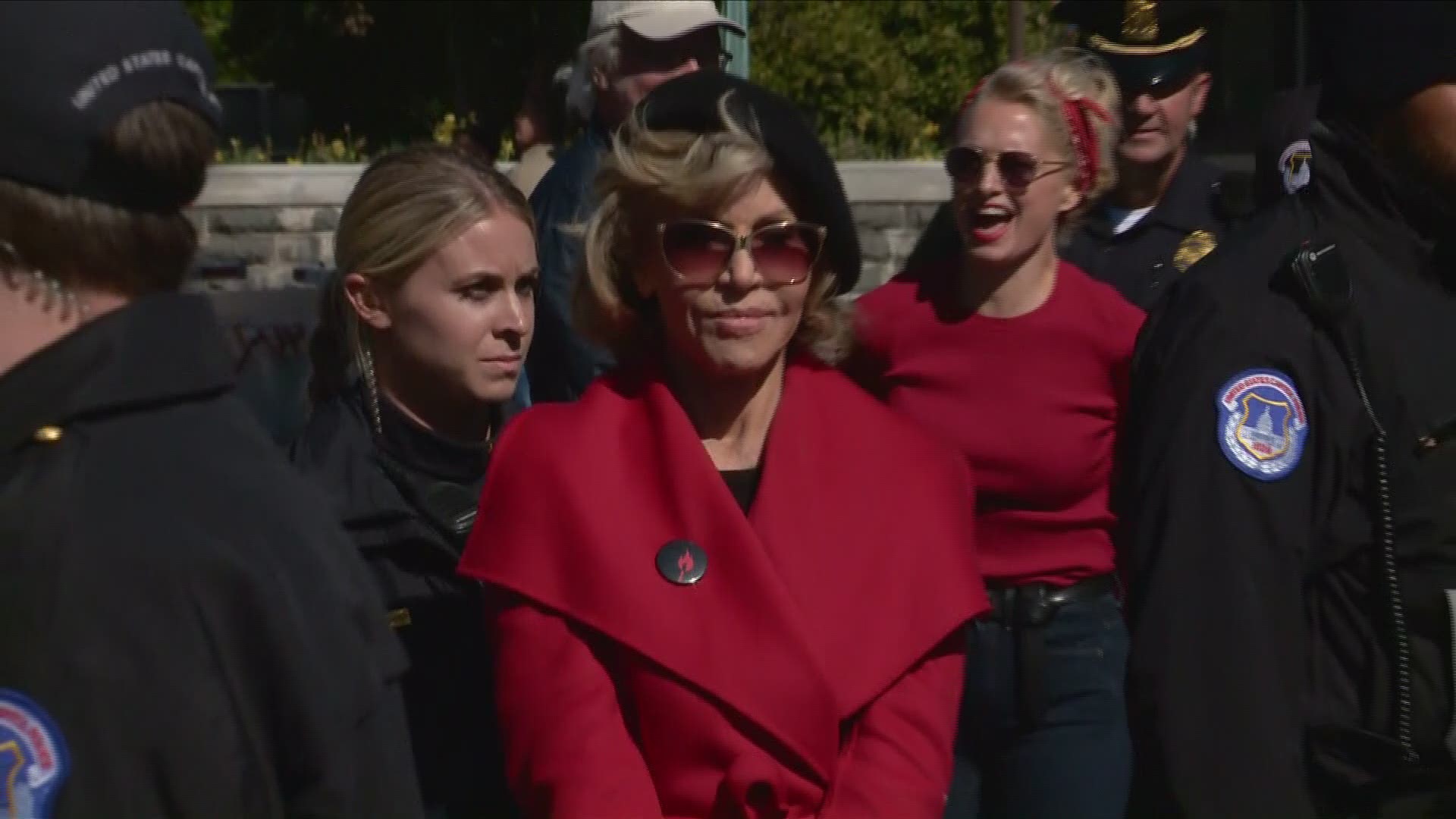 For the third straight week, Jane Fonda has been arrested outside the U.S. Capitol building for her participation in a protest over climate change.

In a video posted on Twitter by Fire Drill Fridays, an organization Fonda works with to bring attention to the climate crisis, Fonda is seen leaving the scene of a protest in plastic handcuffs.

Fellow actor Ted Danson was also arrested at the protest.. In a video posted by Washington Post reporter Hannah Jewell,  Danson is also seen being escorted by U.S. Capitol police with his hands in plastic handcuffs. As Danson leaves the scene, fellow protesters are heard cheering for the actor.  Jewell also reported that Danson shared a handcuffed high five with Jane Fonda .

For the past three Fridays, Fonda has been arrested in similar protests on Capitol Hill. Last week, the actress was arrested with former Grace and Frankie co-star Sam Waterson. Previously Fonda has been charged with crowding, or incommoding. However, demonstration activity on the U.S. Capitol grounds are only permitted in designated areas, according to the U.S. Captiol Police's website.

The 82-year-old actress moved to D.C. earlier this fall to protest climate change on the steps of the U.S. Capitol every Friday through January.

"We have to be sure that the crisis that is climate change remains front and center like a ticking time bomb," Fonda told WUSA. "We don’t have very much time, and it's really urgent."

Credit: AP
Actress and activist Jane Fonda, joined at left by actor Ted Danson, is arrested at the Capitol for blocking the street after she and other demonstrators called on Congress for action to address climate change, in Washington, Friday, Oct. 25, 2019. (AP Photo/J. Scott Applewhite)