Authorities were still working to determine if the shooting, by a Saudi Air Force member who was a student at the Florida base, had been motivated by terrorism. 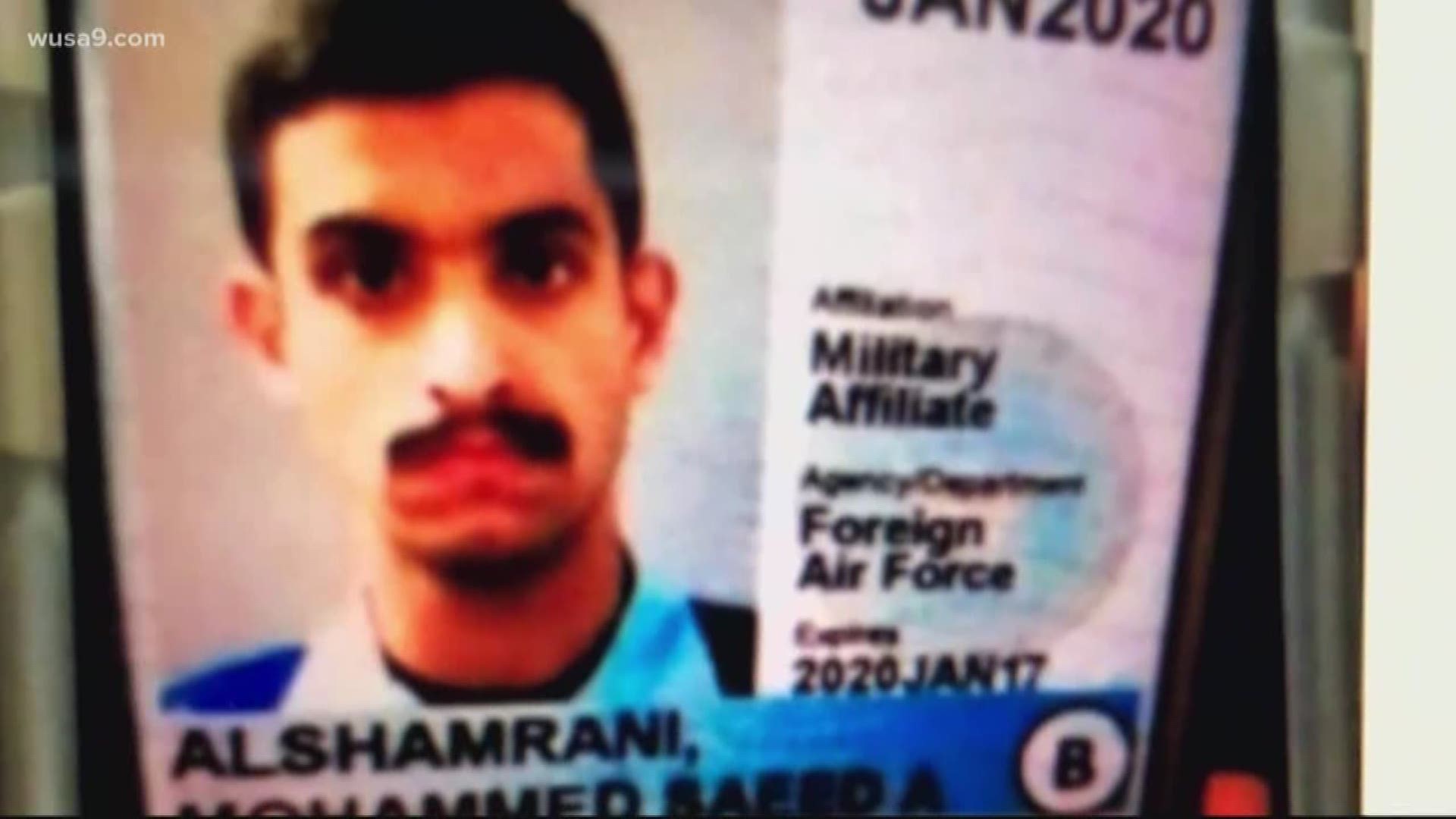 PENSACOLA, Fla — The FBI has identified the gunman in the shooting at the Naval Air Station Pensacola as a member of the Saudi Air Force who was an aviation student at the base in Florida.

Three people were fatally shot in the attack Friday morning. On Saturday, family members of two of the victims provided their names and called both heroes for trying to stop the shooter and flagging down first responders after being shot.

Haitham’s mother, Evelyn Brady, told WTSP that “Mo” had followed in her footsteps and joined the Navy. Brady says her son died a hero, trying to take down the shooter.

Watson has been heralded for is actions as well.

RELATED: Pensacola community gathers to remember those impacted by shooting

“The Sailors that lost their lives in the line of duty and showed exceptional heroism and bravery in the face of evil.  When confronted, they didn’t run from danger; they ran towards it and saved lives.  If not for their actions, and the actions of the Naval Security Force that were the first responders on the scene, this incident could have been far worse,” the base’s commanding officer, Capt. Tim Kinsella, said in the statement.

On Saturday night, the FBI identified the shooter. At a press conference held the day before, officials had said that he was in the Saudi military and a student at the base but did not release his name at the time.

"I think there's obviously going to be a lot of questions about this individual being a foreign national, being a part of the Saudi Air Force — to be here training on our soil — to do this," Florida Gov. Ron DeSantis said at a press conference. "The FBI is working with DOD … to answer those questions."

"One of the things that I talked to the president about is ... the government of Saudi Arabia needs to make things better for these victims," DeSantis said. "And I think that they're going to owe a debt here given that this was one of their individuals."

The shooter had opened fire with a handgun in a classroom building. The base commander said weapons are not allowed to be carried around on the base, which will remain closed for the rest of the day. Only essential personnel will be allowed in.

The shooter had hosted a dinner party earlier in the week where he and three others watched videos of mass shootings, a U.S. official told The Associated Press.

Investigators are working to determine if the shooting was motivated by terrorism.

Florida Sen. Rick Scott had issued a statement calling the attack an act of terrorism “whether this individual was motivated by radical Islam or was simply mentally unstable.” Authorities, however, have not yet made a decision on a motive.

A national security expert from the Heritage Foundation warned against making a link to terrorism too hastily. In a statement to the AP, Charles "Cully" Simson cautioned against assuming that “because he was a Saudi national in their air force and he murdered our people, that he is a terrorist.”

President Trump has also declined to define the attack as terrorism. He tweeted his condolences to the victims and said he has spoken to the Saudi king.

"King Salman of Saudi Arabia just aclled to express his sincere condolences and give his sympathies to the families and friends of the warriors who were killed and wounded in the attack that took place in Pensacola, Florida," he wrote in a tweet. "The King said that the Saudi people are greatly angered by the barbaric actions of the shooter, and that this person in no way shape or form represents the feelings of the Saudi people who love the American people."

The U.S. provides training for Saudi nationals both in the U.S. and in Saudi Arabia. The base in Florida is a training center for all branches of the military and employs more than 16,000 military and 74,000 civilian personnel, according to the NAS Pensacola website.