The young participant said while they were in a historic cottage, the first lady passed out cotton to African American students. 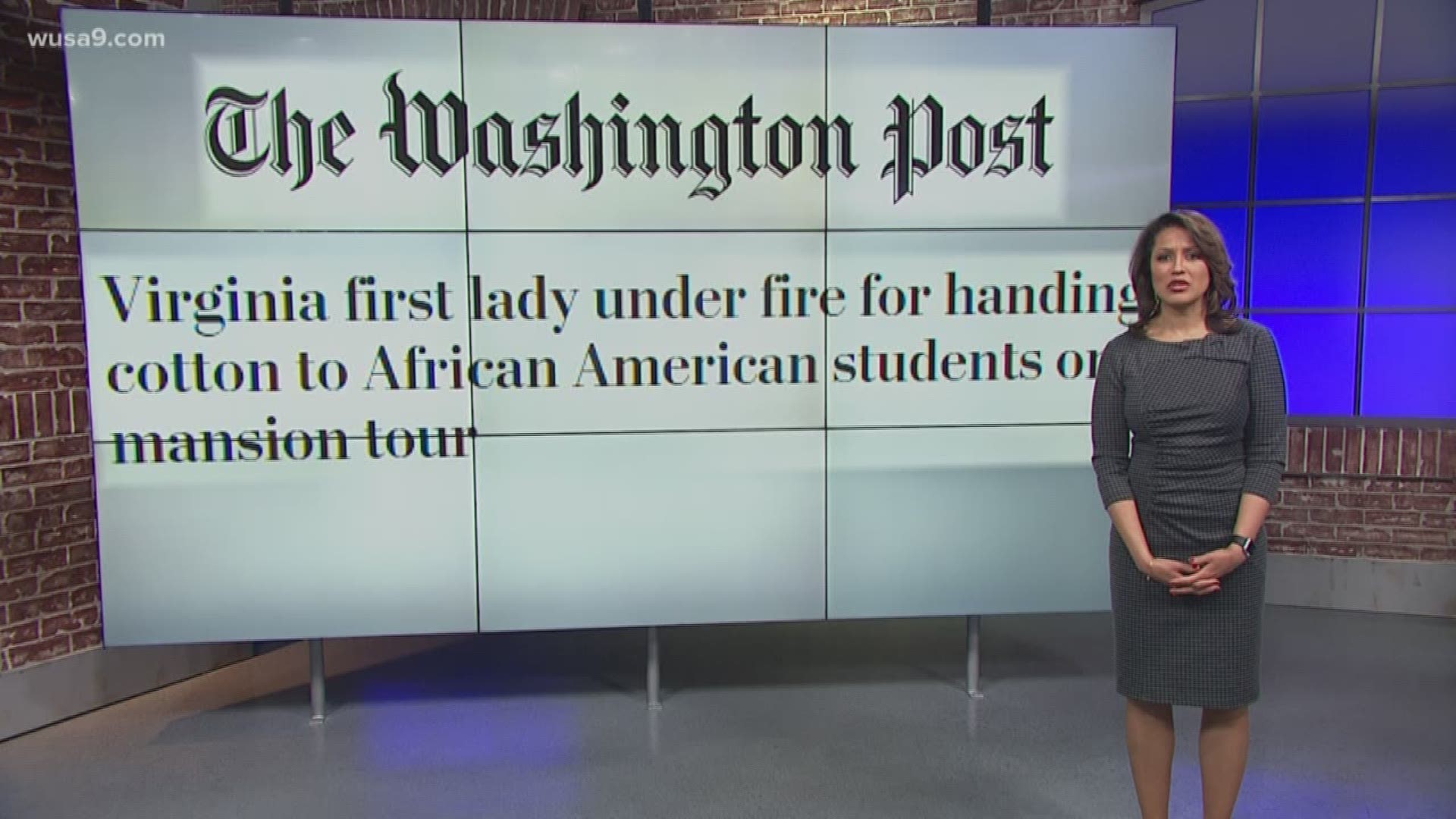 WASHINGTON, D.C., USA — Virginia First Lady Pamela Northam is now in hot water, after apparently passing out pieces of cotton to young African American legislative pages on a tour of the governor’s mansion.

On a tour, the first lady apparently discussed a cottage next to the garden that used to serve as a kitchen, workspace and home for slaves who worked at the mansion.

In a letter obtained by CBS News addressed to Pamela Northam from one of those students, the young participant said while they were in the cottage, the first lady passed out cotton samples to African American students.

"When in the cottage house you were speaking about cotton, and how the slaves had to pick it," the letter says. "There are only three Black pages in the page class of 2019. When you went to hand out the cotton you handed it straight to another African American page, then you proceeded to hand it to me, I did not take it. The other page took the cotton, but it made her very uncomfortable. I will give you the benefit of the doubt, because you gave it to some other pages.

But you followed this up by asking: 'Can you imagine being an enslaved person, and having to pick this all day?'"

Credit: AP
Virginia Gov. Ralph Northam, left, gestures as his wife, Pam, listens during a news conference in the Governors Mansion at the Capitol in Richmond, Va., Saturday, Feb. 2, 2019. Northam is under fire for a racial photo that appeared in his college yearbook. (AP Photo/Steve Helber)

Northam’s office said the first lady did not single out the African American students and was just handing out cotton samples to the group, the Washington Post reported.

The Washington Post also reported Senate Clerk Susan Clarke Schaar said they “received no complaints” after the mansion tour, though the pages were buzzing about how one student had fainted during the tour of the kitchen from dehydration.

Virginia Governor Ralph Northam has been embroiled in controversy since February, when a photo of a person in blackface in his medical school yearbook surfaced. Initially, he said it was him in the photograph, then the next day said it was not. He admitted to wearing blackface later that year during a Michael Jackson impersonation contest.

Credit: AP
Virginia Gov. Ralph Northam, right, and his wife Pam, watch as the casket of fallen Virginia State Trooper Lucas B. Dowell is carried to a waiting tactical vehicle during the funeral at the Chilhowie Christian Church in Chilhowie, Va., Saturday, Feb. 9, 2019. Dowell was killed in the line of duty earlier in the week. (AP Photo/Steve Helber, Pool)

The Northams are not the only Virginia democrats in hot water: two women have accused Lt. Governor Justin Fairfax of sexual assault and Attorney General Mark Herring admitted to wearing blackface to a college party in 1980 to look like a black rapper.