Creating fake online profiles is a crime, but that didn't stop someone from nearly ruining woman's life on TikTok

Kelsey Zalesak said a fake account with her name and picture was leaving comments on other people's videos. 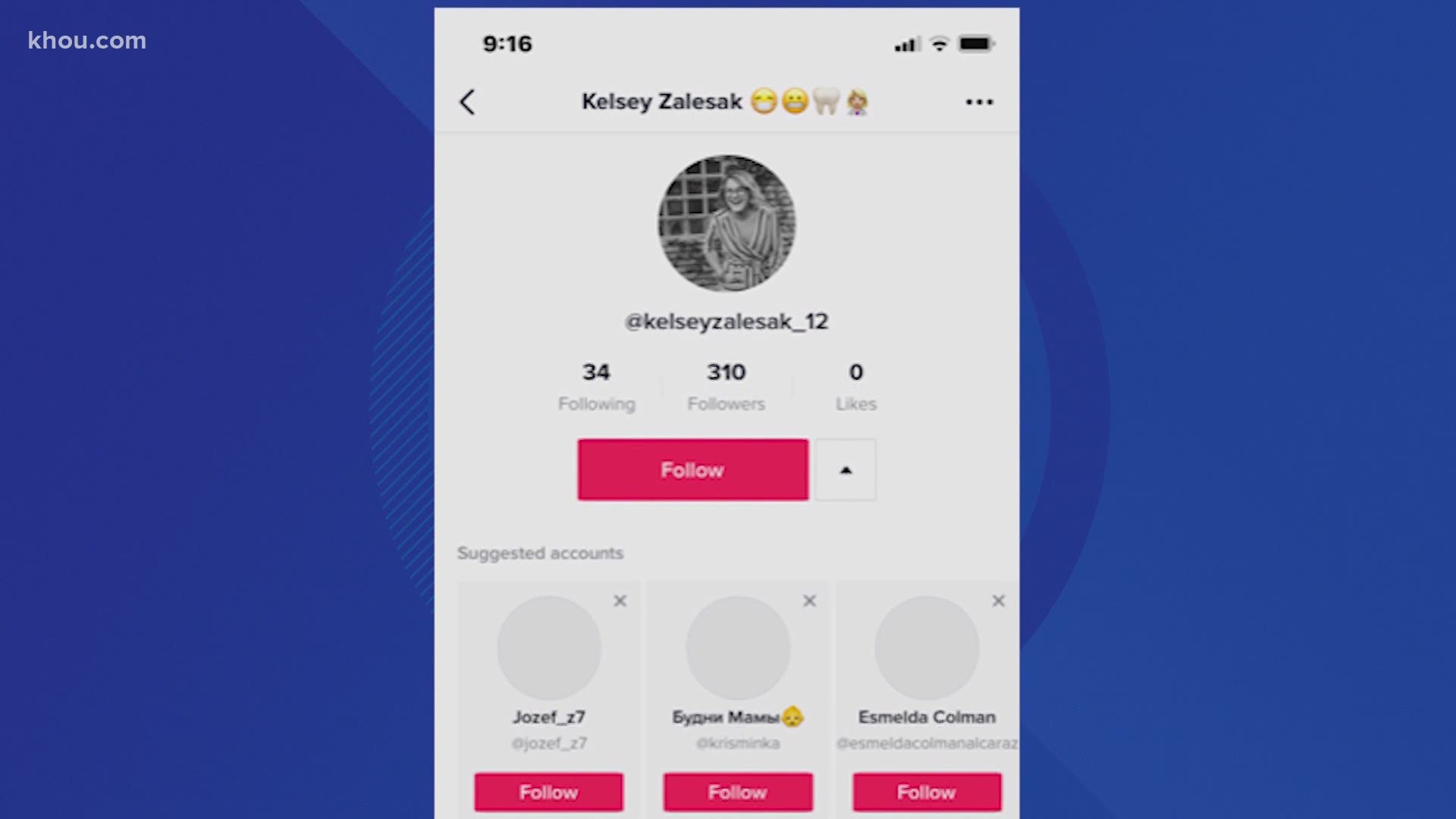 HOUSTON — Creating fake online profiles might be easy to do, but it’s actually a crime in Texas. A Houston woman told KHOU she went to the police after getting flooded with messages about the alarming posts an account with her name was posting.

“I received a couple of message requests on my private Instagram account," said Kelsey Zalesak, who noticed the fake account on Labor Day. “About an hour later, my boss reached out to me and sent me screenshots of these girls messaging him saying you should fire this employee."

Zalesak said the fake TikTok account with her name and picture was leaving comments on other people’s videos she couldn’t believe.

She said she doesn't know who would try to impersonate her online.

“There’s a law in place that bans this type of activity, especially if you are using the fake account to intimidate, to hurt, to threaten," said Rania Mankarious, CEO of Crime Stoppers.

Mankarious said you can be charged with online impersonation, but the cases are tricky.

Crime Stoppers suggests reporting fake accounts to the social media platform, sending a message to the user letting them know you’re calling the police and taking as many screenshots as you can. Zalesak said she contacted Houston Police and TikTok.

“I guess my hope is whoever is doing this doesn’t go on to the next person and say I can steal someone else’s name, information and do this again," she said.

The fake account was taken down, but the damage is hard to erase. KHOU reached out to TikTok for comment but did not receive an official statement back.