Facial recognition technology for pets is launched in Georgia 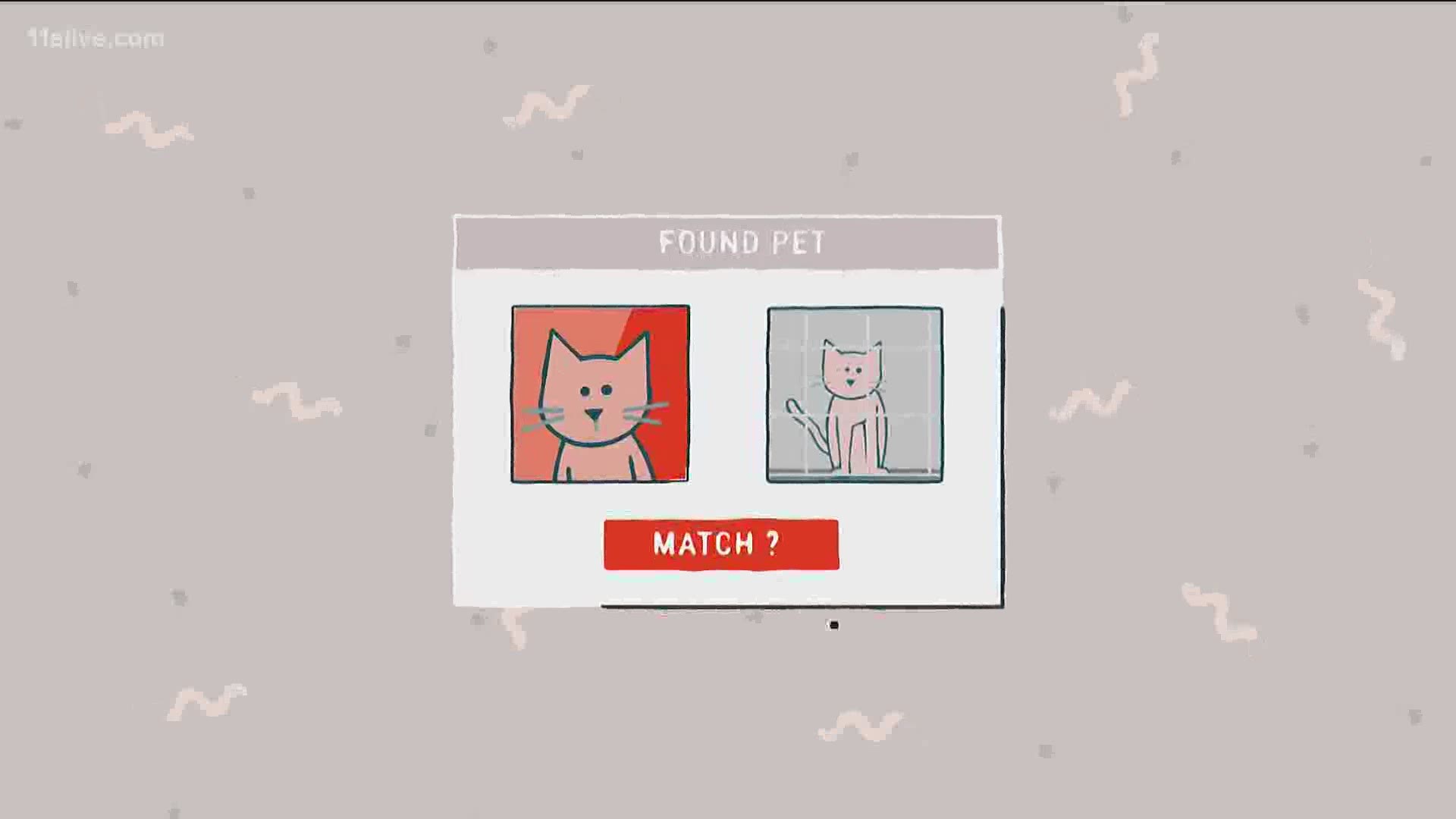 ATLANTA — The American Human Association estimates that 10 million dogs and cats are lost in the United States every year.

Lifeline Animal Project, a non-profit animal rescue that has been working to end euthanasia of animals for the last two decades, is turning to technology to reunite lost pets with their owners.

Last week, Lifeline announced they would partner with Finding Rover to create a database of all stray dogs and cats within 200 miles of Fulton County. The animal rescue group has three shelters that care for more than 1,000 animals at a time. Every time a pet comes into the system, their photo will be scanned into Finding Rover.

Using the website or mobile application, a pet owner who has lost their pet submits the pet's photo to Finding Rover, and the photo is matched against all stray dogs and cats at LifeLine's three shelters. The photo is also matched against any animals uploaded as "found" by community members. If there is a match, the owner is notified.

Lifeline is the first shelter to use the technology in Atlanta. Shelter representative, Karen Hirsch said they hope the technology will change the rate at which owners and pets are reunited.

“We have heard that other shelters using any and all technology available have been really successful increasing their return to owner rate," explains Hirsch.

In addition to Finding Rover, LifeLine has implemented a "Lost & Found" matchmaking program where they check pets reported as lost against those in shelters daily. A new Lost2Found texting program has also been implemented where anyone who has lost or found a pet can text LOST or FOUND to 1-833-ATLPETS to receive text messages from us with steps to take.

Additionally, every pet that LifeLine's Fulton County animal services officers find in the field is scanned on-site for a microchip, and if a chip is located, officers often drive the pet home.