It was part of global protests by the Extinction Rebellion movement aimed at demanding urgent action to curb climate change. 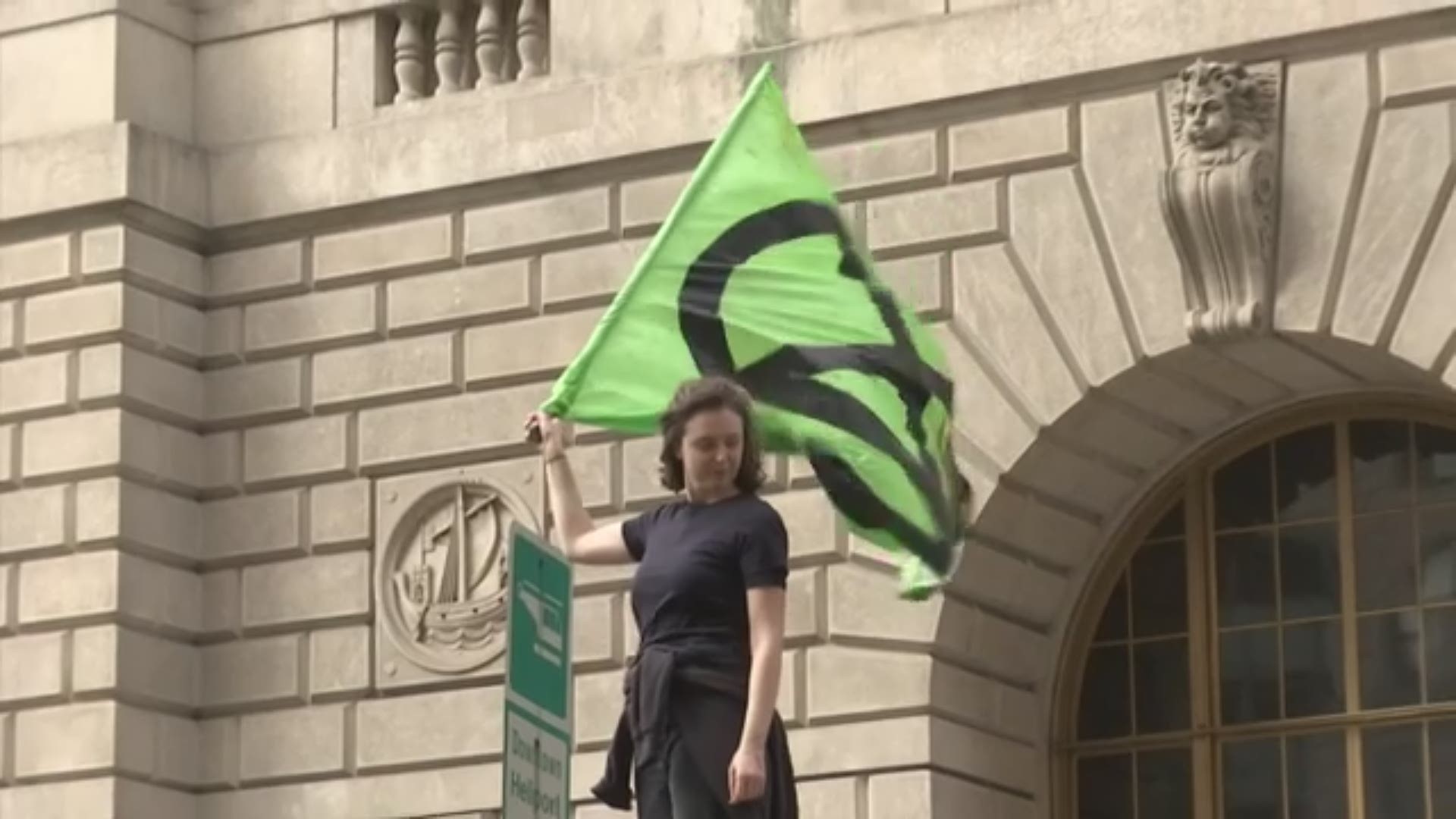 In Brisbane, protesters chained themselves to intersections in the city center and three people locked themselves onto barrels filled with concrete. A protester hanging from a harness beneath Brisbane's Story Bridge and brandishing "climate emergency" flags was taken into police custody.

More than 100 protesters dressed as bees at Sydney's Hyde Park to highlight their claim that insects are under threat due to the human impact on the environment.

Some activists camped at Melbourne's Carlton Gardens overnight before marching to a street corner locked down by more than 100 protesters in inclement weather.

"I don't know that shutting the city down necessarily wins you many friends," Victoria premier Daniel Andrews said.

In Perth, protesters converged outside the offices of The West Australian, the city's daily newspaper. The front page of Tuesday's paper was left intentionally blank for protesters to use as a placard.

The activists are running a "Spring Rebellion" series of demonstrations to pressure the Australian government into declaring a climate emergency.

Founded in Britain last year, Extinction Rebellion has chapters in some 50 countries and wants to achieve net zero carbon emissions by 2025.

On Monday, activists with the movement stopped traffic in European cities and smeared themselves and emblems of Wall Street in fake blood and lay in New York streets.

Credit: AP
In this freeze frame made from a video stage blood covers the iconic "Charging Bull" statue near Wall Street on Monday Oct. 7, 2019, in New York. Demonstrators say they were protesting against a lack of government action against climate change. (AP Photo/Ted Shaffrey)

In Berlin, 300 people blocked Potsdamer Platz, placing couches, tables, chairs and flowerpots on the road. They earlier set up a tent camp outside German Chancellor Angela Merkel's office out of dissatisfaction with her government's climate policy.

"We all share an interest in climate protection, and the Paris climate targets are our standard in this," he told ZDF television. "If you demonstrate against or for that, that is OK. But if you announce dangerous interventions in road traffic or things like this, of course that is just not on."