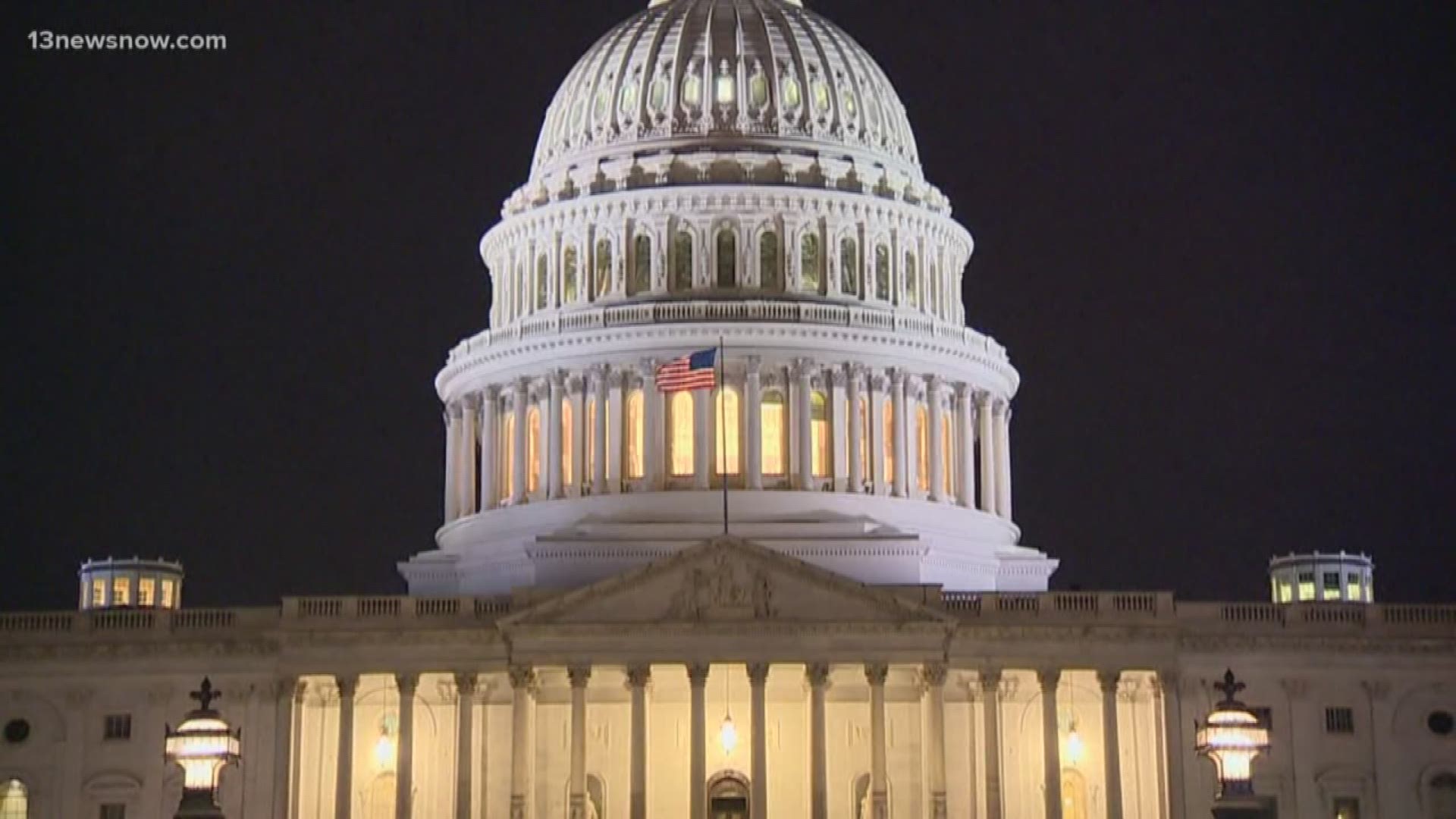 WASHINGTON — An ex-White House adviser who's supposed to testify before House impeachment investigators on Monday has asked a federal court whether he should comply with a subpoena or follow President Donald Trump's directive against cooperating in what the president dubs a "scam."

After getting a subpoena Friday, former deputy national security adviser Charles Kupperman quickly filed a lawsuit in U.S. district court in Washington. He asked a judge to decide whether he should accede to House demands for his testimony or to assert "immunity from congressional process" as directed by Trump.

The lawsuit came as Democrats' impeachment inquiry continued at full speed with a rare Saturday session. Philip Reeker, the acting assistant secretary of state for Europe, took questions behind closed doors about Trump's ouster of the ambassador of Ukraine in May and whether he had knowledge about efforts to persuade Ukraine to pursue politically motivated investigations.

Kupperman, who provided foreign policy advice to the president, was scheduled to testify in a similar session on Monday. In the lawsuit, Kupperman said he "cannot satisfy the competing demands of both the legislative and executive branches." Without the court's help, he said, he would have to make the decision himself — one that could "inflict grave constitutional injury" on either Congress or the presidency.

The impeachment inquiry is rooted in a July 25 phone call Trump made to Ukrainian President Volodymyr Zelenskiy. During the call, Trump asked the Ukrainian leader to pursue investigations of Democratic political rival Joe Biden's family and Ukraine's role in the 2016 election that propelled Trump into the White House.

At the time of the call, Trump was withholding congressionally approved military aid for Ukraine. He has repeatedly said there was no quid pro quo for the Ukraine investigations he was seeking, though witness testimony has contradicted that claim.

Kupperman's filing says "an erroneous judgment to abide by the President's assertion of testimonial immunity would unlawfully impede the House from carrying out one of its most important core Constitutional responsibilities" — the power of impeachment — and subject Kupperman to "potential criminal liability for contempt of Congress."

On the other hand, "an erroneous judgment to appear and testify in obedience to the House Defendants' subpoena would unlawfully impair the President in the exercise of his core national security responsibilities ... by revealing confidential communications" from advisers, according to the filing.

He has asked the court to expedite a decision, but unless the judge issues an opinion by Monday, Kupperman's testimony might not occur as scheduled.

RELATED: House Democrats get a legal victory in impeachment inquiry

Credit: AP
Philip Reeker, acting assistant secretary of state for Europe, arrives to the Capitol for closed door interview at the Capitol in Washington, Saturday, Oct. 26, 2019.

Rejecting his arguments, the three chairmen of the House committees overseeing the inquiry told Kupperman's lawyers in a letter that the suit was without merit and appeared to be coordinated with the White House. They called the suit "an obvious and desperate tactic by the President to delay and obstruct the lawful constitutional functions of Congress and conceal evidence about his conduct from the impeachment inquiry."

The chairmen also said Kupperman's defiance of the subpoena would constitute evidence in a contempt proceeding as well as additional evidence of Trump's obstruction of the inquiry.

The lawsuit came as Democrats investigating the president won a victory in a separate case. A federal judge ordered the Justice Department on Friday to give the House secret grand jury testimony from special counsel Robert Mueller's Russia investigation and affirmed the legality of the Democrats impeachment inquiry. That decision could inform Kupperman's suit.

On Saturday, Trump tweeted that he's "not concerned with the impeachment scam. I am not because I did nothing wrong."

In the House deposition, Reeker was expected to corroborate testimony from previous witnesses who have described the Trump administration's dealings with Ukraine, according to a person familiar with Reeker's role in Ukraine policy. The person was not authorized to publicly discuss the testimony and spoke on condition of anonymity.

Lawmakers leaving the meeting with Reeker said he was backing up testimony from previous witnesses, most all of whom have detailed concerns with Trump's efforts to oust Ukrainian ambassador Marie Yovanovitch and said they were wary of Rudy Giuliani, Trump's personal lawyer who was driving the push for the Ukrainian probes.

One person familiar with the testimony said that Reeker told the lawmakers he was disturbed by the effort to oust Yovanovitch and that State Department officials had decided not to put out a statement in support of her. The person requested anonymity to discuss the confidential meeting.

As was the case with other witnesses, the Trump administration directed Reeker not to testify, according to two people familiar with the situation who spoke on condition of anonymity because they were not authorized to publicly discuss the interaction. But Reeker appeared anyway after receiving his subpoena from the House, the people said.

Although he is currently the top U.S. diplomat for Europe and has been since Ukraine ambassador Marie Yovanovich was recalled earlier this year, Reeker was not directly involved in debate over aid to Ukraine, which other current and former officials have said was delegated to Sondland and Volker.

Volker testified and released text messages that detailed conversations between him, Sondland and William Taylor, the top U.S. diplomat in Ukraine. In the messages, Taylor wrote that he thought it was "crazy" to withhold aid from Ukraine for help with a political campaign. Sondland and Taylor, who still work for the government, have already testified and detailed their concerns about the influence of Trump's personal lawyer, Rudy Giuliani, on Ukraine. Giuliani was leading the push for the investigations.

Taylor testified that he was told the aid would be withheld until Ukraine conducted the investigations that Trump had requested.