Kiké Hernández says Houston 'cheated and got away with it.' 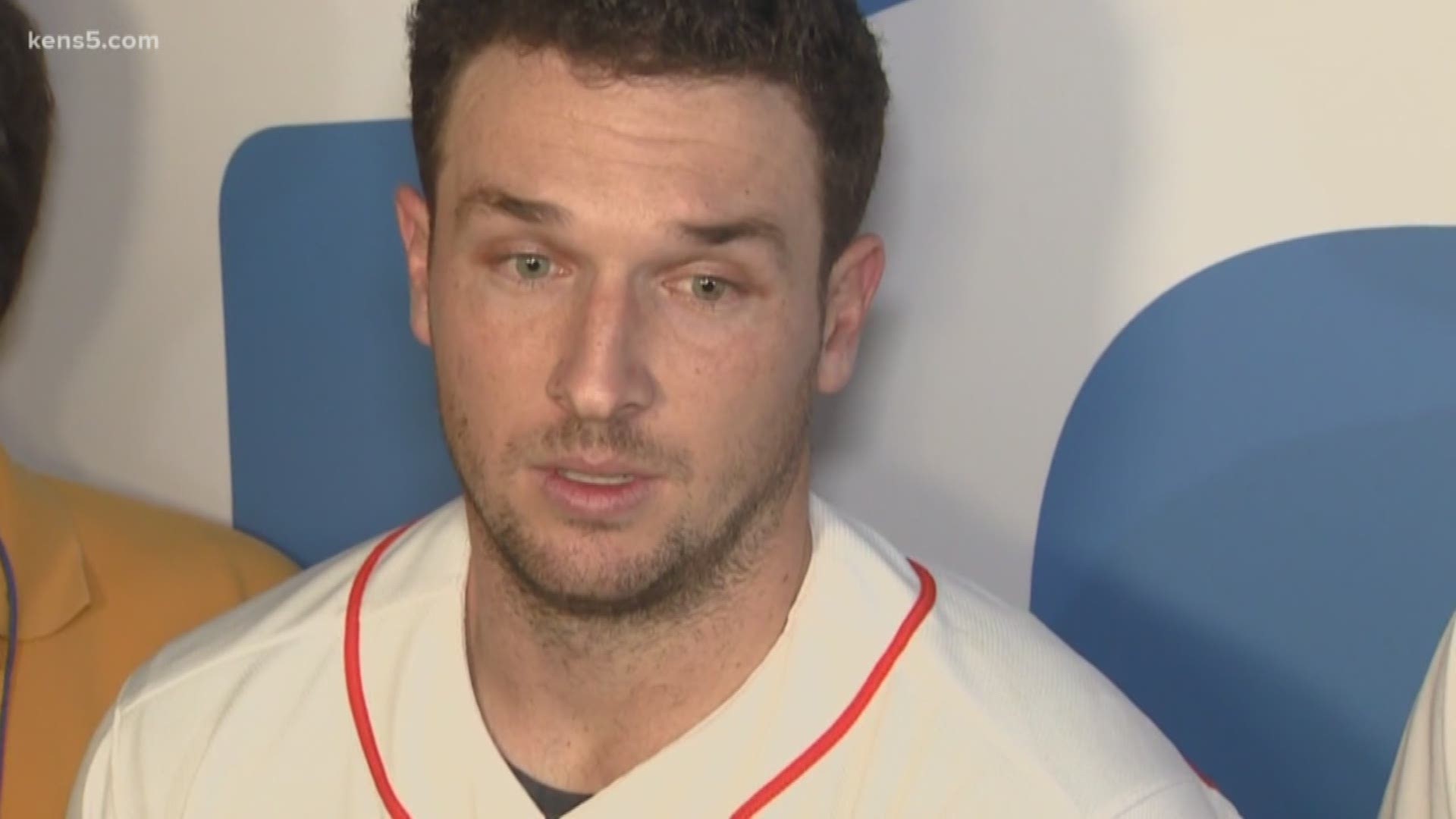 LOS ANGELES — The Los Angeles Dodgers are eager to begin preparing for the 2020 season, although they aren't quite past feeling frustration at the Houston Astros for the sign-stealing system used against them in the 2017 World Series.

Utilityman Kiké Hernández said Saturday that the Astros “cheated and got away with it,” but that doesn't hurt more now than it did when the Dodgers lost in Game 7.

President of baseball operations Andrew Friedman said the Astros haven't apologized to him nor does he believe they have shown enough remorse for violating the rules.

And a group of Dodgers fans is making plans to let Houston hear its frustration about the scandal.

The Astros and the Dodgers don't play each other during the upcoming regular season, so the group called Pantone 294 is snapping up tickets to the Los Angeles Angels' home opener against the Astros on April 3 in Anaheim.

The group regularly organizes trips to support the Dodgers on the road.

RELATED: Opinion | Someone needs to teach the Houston Astros how to properly apologize