This was the 12th day of protests in Elizabeth City. Family members and invited guests will be celebrating his life in a funeral service Monday afternoon. 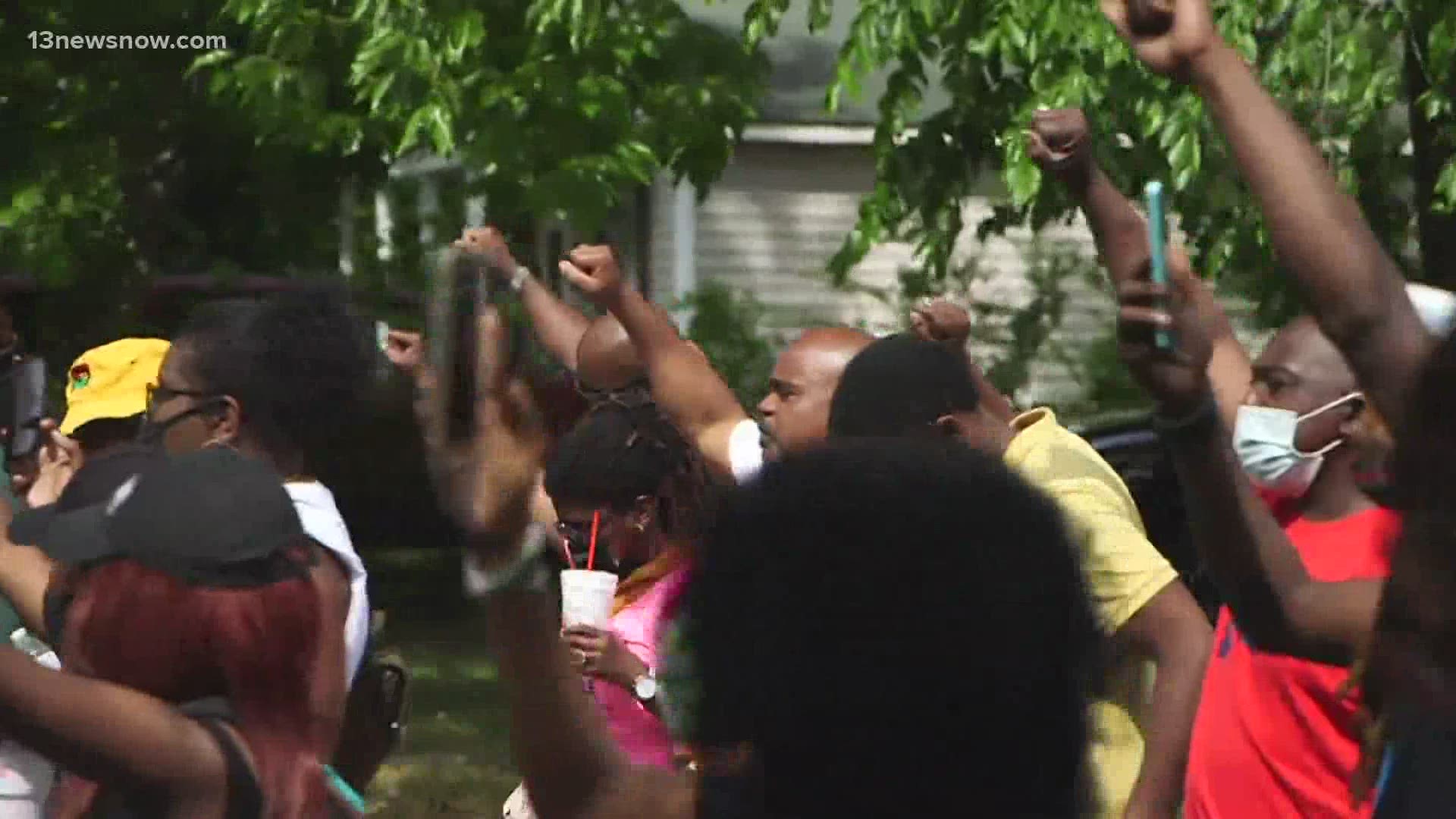 ELIZABETH CITY, N.C. — The Elizabeth City community is not giving up. Hundreds of people hit the streets demanding Justice for Andrew Brown Jr.

Brown was shot and killed by Pasquotank County sheriff’s deputies on April 21, 2021. Deputies were serving a search warrant at Brown’s home. There is still limited information on why he was shot five times.

“We love you Elizabeth city. We know Elizabeth city loves Andrew and we’re out here for him," said one family member giving a speech before a march.

On Sunday, many of the protesters in the crowd chanted “20 seconds is not enough.”

Family and Elizabeth City residents want more answers as to why Pasquotank County sheriff’s deputies shot and killed Brown while serving a search warrant. The Brown family was only able to see 20 seconds of redacted body camera video of the moment Brown was killed.

Protesters walked to where the incident took place outside of Brown’s home.

“Say his name, Andrew Brown," yelled the protesters standing in front of Brown's home and behind them a mural of Brown.

Drumwright has worked with community leaders to start a coalition in Elizabeth city to keep the momentum to get justice.

“The justice is going to be a very long process in this case but we’re going to plan an organization in this community," said Drumwright.

Community leaders say they will not give up and keep demanding answers.

“For this is a movement, not a moment," said NAACP Pasquotank County President Keith Rivers.

This was the 12th day of protests in Elizabeth city. Family members and invited guests will be celebrating his life in a funeral service Monday afternoon.