Water polo caps at a soccer game? Here's why Croatia fans wear them. 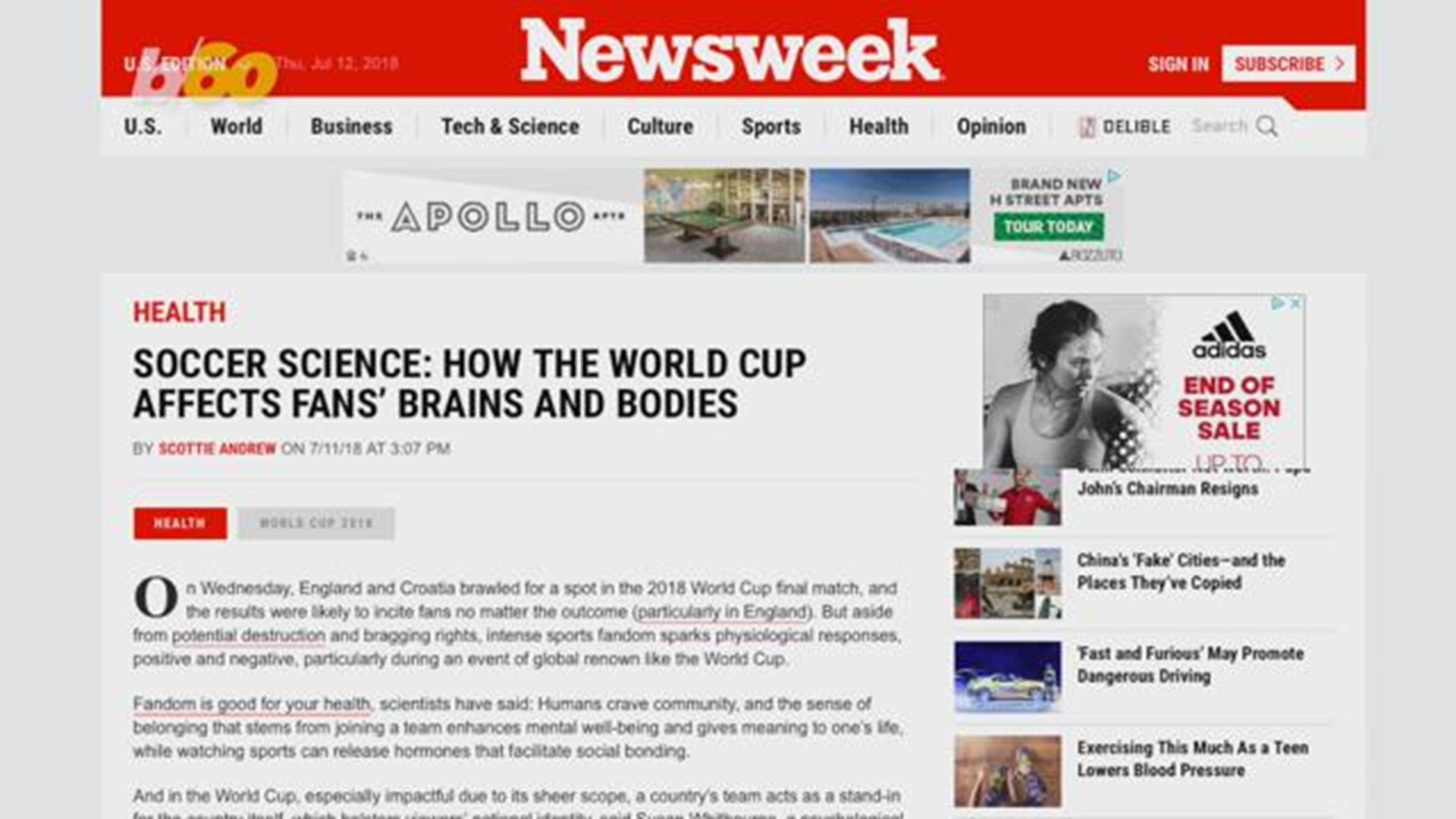 The World Cup’s strangest fashion statement is also one of its most enjoyable. At Moscow’s Luzhniki Stadium on Sunday, thousands of Croatia fans will not only wear jerseys and wave flags in their nation’s distinctive red-and-white checked colors, but also cloth caps with ear protectors and a lace to tie it at the chin.

Yes, they are water polo caps, and they have been spotted on men, women and children during the team’s inspiring run to the title game, where it will face France for a place in history.

“We are crazy enough to wear water polo caps to a football game,” Zoran Maric, 22, joked near Gorky Park on Saturday morning. “And we are superstitious enough to keep wearing them.”

Credit: MAXIM ZMEYEV/AFP/Getty Images, This content is subject to copyright.
Croatia&#39;s supporter puts on face paint in the colors of Croatia in Moscow on July 11, 2018 ahead of the the semi-final match England v Croatia during the Russia 2018 World Cup football tournament.

Soccer fan traditions can begin in an instant and last for a generation. This one started at the European Championships in 2016, and was instigated in bloody fashion.

In Croatia’s opening game at those Euros, national team defender Vedran Corluka — who remains on the squad — sustained a nasty head wound against Turkey. He was bandaged up, but in the second match, against the Czech Republic, the gash continued to bleed, with the gauze wrapped around his head insufficient to stem the flow.

And so, a water polo cap (with ear protectors removed) was promptly produced, allowing Corluka to complete the match and to simultaneously start a trend that Croatia fans have adopted ever since.

“It is pretty awesome,” Steven Johns, 33, a visiting soccer fan from Seattle, said. “I had to do a double take the first time I saw it at the semifinal. Now I am trying to get my hands on one for the final, but they seem to be in short supply.”

Croatia would go on to beat Spain and top its group in 2016, before falling to Cristiano Ronaldo’s Portugal in the round of 16.

Croatia has an elite water polo team that is the reigning world champion and won the gold medal at the 2012 London Olympics. The soccer team’s physical therapist Nderim Redzaj is credited with the cap for Corluka, while team doctor Boris Nemec managed to procure the item from Olympic gold medalist Paulo Obradovic. The cap now sits in the UEFA Hall of Fame.