Canada says no athletes at Tokyo Olympics if no postponement; Australia says prepare for 2021

Canada is the first country to threaten such a move in the face of the coronavirus pandemic. 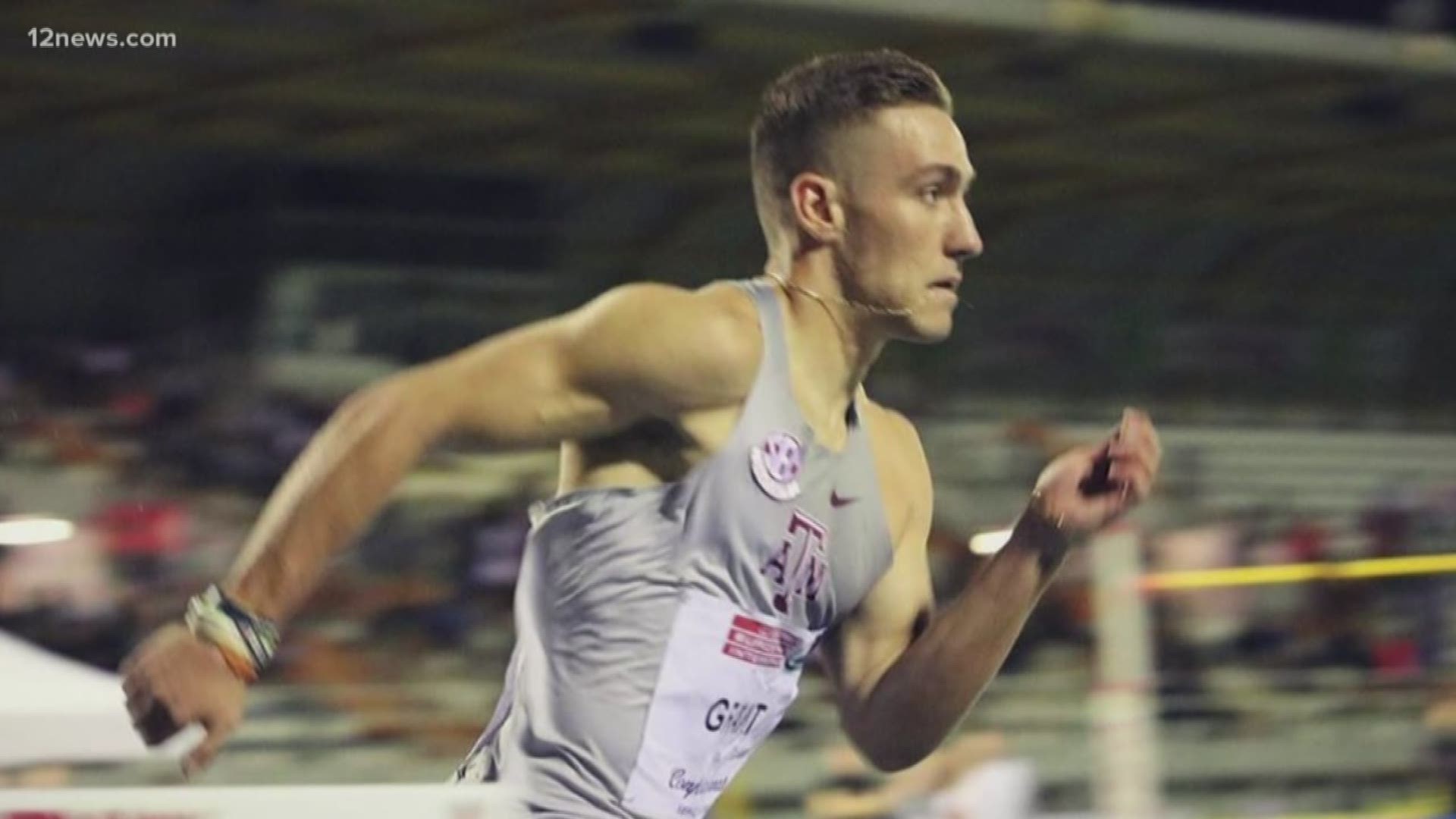 TORONTO, ON — The Canadian Olympic Committee says it won't send athletes to the Tokyo Games unless they're postponed for a year, becoming the first country to threaten such a move in the face of the coronavirus pandemic. Australia also is telling its athletes to prepare for the Games to happen in 2021, although it did not outright threaten a boycott this year.

The Canada's Olympic committee sent out a statement Sunday evening saying it was willing to help the International Olympic Committee search for alternatives, but that it was not safe for athletes, “their families and the broader Canadian community for athletes to continue training for these Games.”

“In fact, it runs counter to the public health advice which we urge all Canadians to follow.”

Some of its most notable performers included swimmer Penny Oleksiak and sprinter Andre De Grasse.

Credit: AP
Rosie MacLennan carries the flag as she the Canadian team into the opening ceremonies for the 2016 Summer Olympics on Friday, Aug. 5, 2016, in Rio de Janeiro, Brazil. (Frank Gunn/The Canadian Press via AP)

Canada joins a number of countries — including Norway, Brazil and Slovenia — that have pressed the IOC on a possible postponement. But none had flat-out said they wouldn't go if the games start when they're scheduled on July 24.

The Australian Olympic Committee said it believed now is the time for athletes to prioritize their own health and those around them. The AOC's executive board determined that an Olympic team could not be assembled given what is happening around the world.

“It’s clear the Games can’t be held in July. Our athletes have been magnificent in their positive attitude to training and preparing, but the stress and uncertainty has been extremely challenging for them," Australian Team Chef de Mission for Tokyo Ian Chesterman said in a statement.

The AOC notes that many athletes train overseas. That combined with travel restrictions makes preparing for the Games "untenable."

The IOC on Sunday said it would take up to four weeks to consider alternatives, which include postponement. It has taken the possibility of canceling the games off the table.

Japan’s Prime Minister Shinzo Abe on Monday said a postponement of the Tokyo Olympics would be unavoidable if the games cannot be held in a complete way because of the coronavirus pandemic.

He was commenting on the IOC's plan to examine the situation over the next few weeks and make a decision, which could include the option to postpone.

“If it is difficult to hold (the Games) in a complete way a decision of postponement would be unavoidable as we think the athletes’ safety is paramount,” Abe said.

Abe said he hoped the IOC will make a decision early if it is postponed, because the process would involve a lot of work and should start as soon as possible.

Whether Japan can hold the Tokyo Games as planned from July 24 has been a major international concern as the COVID-19 outbreak has spread globally.

The Olympic torch arrived last Friday in northern Japan ahead of the March 26 start of the torch relay, though crowd control is key and events would be largely down scaled.

While Japan has so far managed to slow the acceleration of the outbreak, experts say they have found a growing number of clusters in urban areas with untraceable infections.