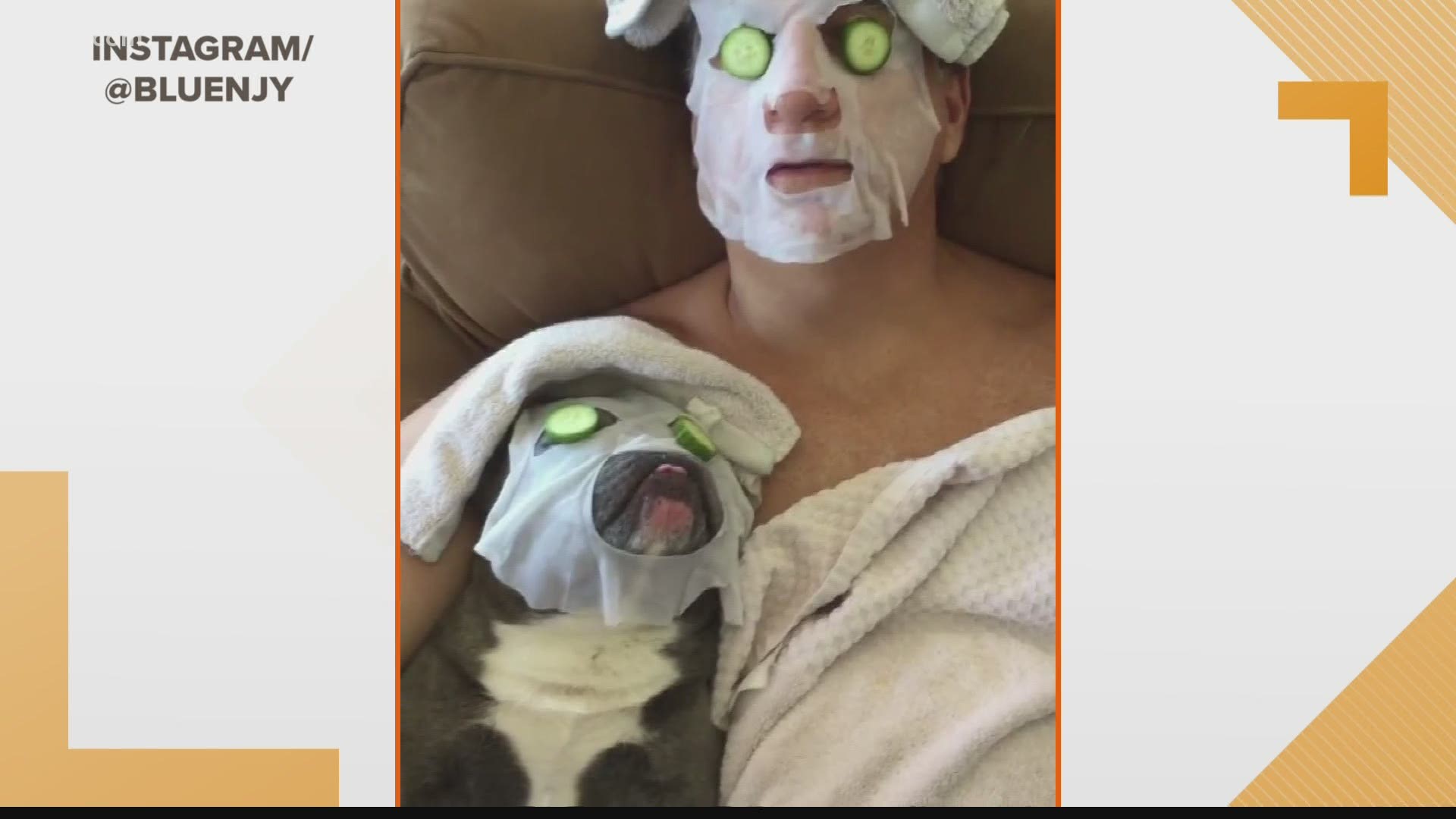 ST. LOUIS — He was the smallest of his litter and born deaf, but one French bulldog is proving anything is possible, and he’s making people smile all over the world in the process.

The little Frenchie is a social media sensation not just for how cute he is but for what he can do. While cradled in his owner’s arms, Bluenjy can hold things with his paws and eat like a tiny human.

Owners Evan and Sunny told 5 On Your Side that despite his challenges at birth, they quickly found out Bluenjy had special skills.

In addition to stealing people’s hearts one bite at a time, Bluenjy is quite the fashionista. He has a massive wardrobe. The owners said as soon as they take an outfit out of the closet, he knows it’s time to shoot a video, and sometimes that means dressing up like celebrities. Recently, Bluenjy did his best Bruno Mars, which included snoring along to one of the singer’s songs.

Bluenjy’s social media videos and photos reach people all over the globe. His owners said while the French bulldog makes people smile, he’s also helping them on a deeper level. Bluenjy's owners get messages from fans around the world thanking them and Bluenjy for helping them overcome their depression, fear or disability.

Bluenjy has had some health issues of his own to overcome. He’s undergone surgeries to help with his airflow and to have a tumor removed. They even created a special harness to help with Bluenjy’s needs. They since joined a special mission called Back 2 Health to give away the harnesses to dogs recovering from surgery, going through physical therapy or working through other health issues.