2 pounds of asteroid are headed back to Earth

After the spacecraft Osiris-Rex lost some of its precious cargo from asteroid Bennu, the sample are now tucked away for the long journey home. 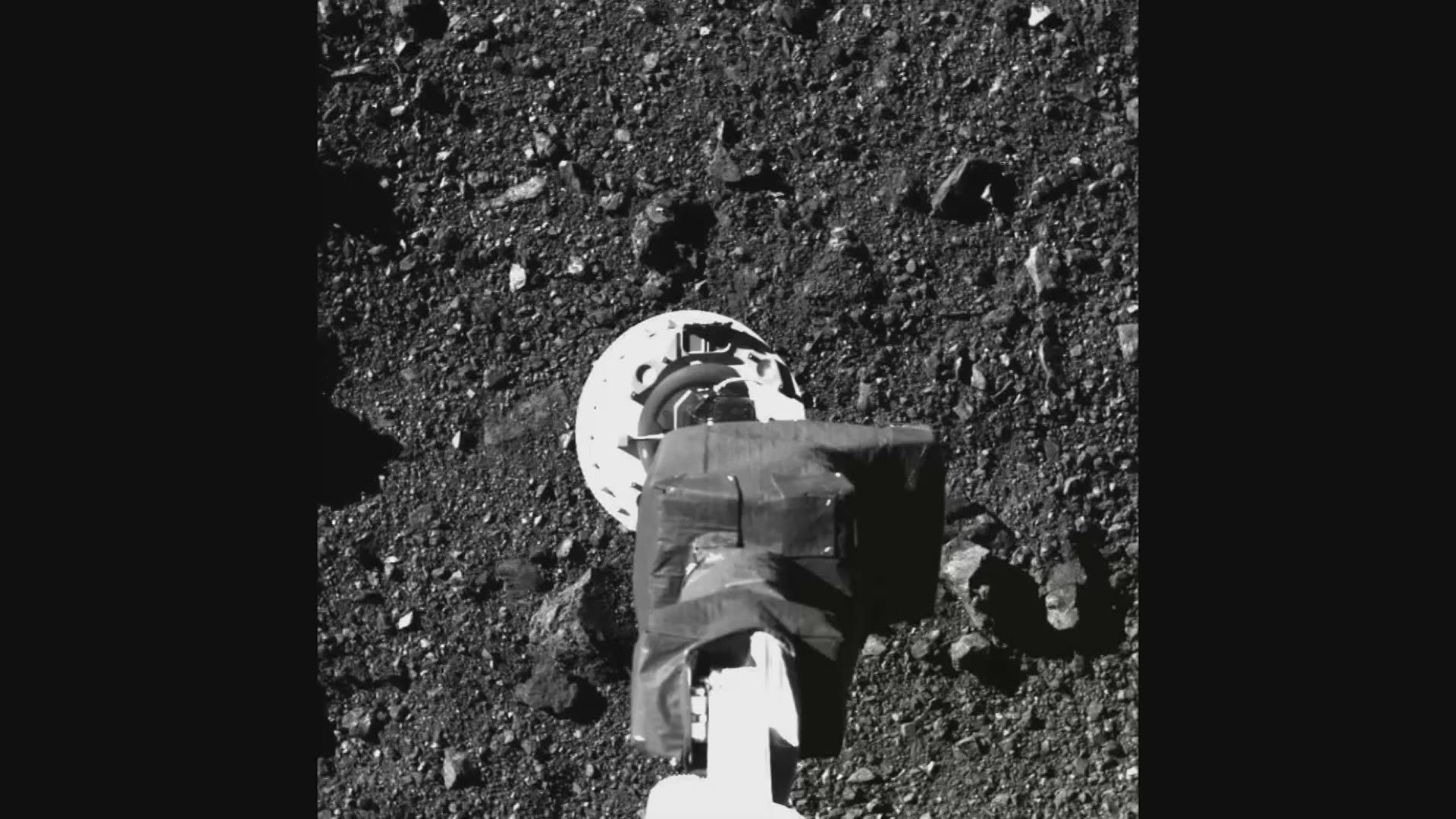 CAPE CANAVERAL, Fla — A NASA spacecraft tucked more than 2 pounds of asteroid samples into a capsule for return to Earth after losing some of its precious loot because of a jammed lid, scientists said Thursday.

They won't know the precise amount of the cosmic haul from asteroid Bennu, more than 200 million miles (322 million kilometers) away, until the capsule parachutes into the Utah desert in 2023.

“We’ve still got a lot of work to do” to get the samples back safely, said lead scientist Dante Lauretta of the University of Arizona.

The spacecraft Osiris-Rex won't depart Bennu’s neighborhood until March at the earliest, when the asteroid and Earth are properly aligned.

Osiris-Rex collected so much material from Bennu’s rough surface on Oct. 20 that rocks got wedged in the rim of the container and jammed it open. Some of the samples were seen escaping into space, so flight controllers moved up the crucial stowing operation.

Based on images, scientists believe Osiris-Rex grabbed 4 1/2 pounds (2 kilograms) of rubble, a full load. The minimum requirement had been 2 ounces (60 grams) — a handful or two.

“Just imagine a sack of flour at the grocery store,” Lauretta said of the initial haul.

But tens of grams of material were lost following the successful touch-and-go maneuver and again this week when the spacecraft's robot arm moved to put the samples inside the capsule.

“Even though my heart breaks for the loss of sample, it turned out to be a pretty cool science experiment and we’re learning a lot,” Lauretta told reporters.

While collecting the samples, the container on the end of the robot arm pressed down 9 to 19 inches (24 to 48 centimeters) during the six seconds of contact, indicating a sandy and flaky interior beneath the rough surface, Lauretta said.

The slow, tedious stowing operation took 36 hours. After each successful step, flight controllers cheered, saving the biggest and loudest response when the lid on the capsule finally was closed and latched, sealing the samples inside.

Credit: AP
In this undated image provided by NASA, a sample container hovers over a capsule on the Osiris-Rex spacecraft near the asteroid Bennu. The capsule will eventually return to Earth with rubble collected in the container on Oct. 20, 2020, from the asteroid’s surface. (NASA via AP)

It will be September 2023 — seven years after Osiris-Rex rocketed from Cape Canaveral — before the samples arrive here.

Rich in carbon, the solar-orbiting Bennu is believed to hold the preserved building blocks of the solar system. Scientists said the remnants can help explain how our solar system’s planets formed billions of years ago and how life on Earth came to be. The samples also can help improve our odds, they said, if a doomsday rock heads our way.

Bennu — a black, roundish rock bigger than New York’s Empire State Building — could come dangerously close to Earth late in the next decade. The odds of a strike are 1-in-2,700. The good news is that while packing a punch, it won’t wipe out the home planet.

Japan, meanwhile, has retrieved samples from other asteroids twice in the past two decades, although just tiny amounts. The second batch is due to arrive in December.