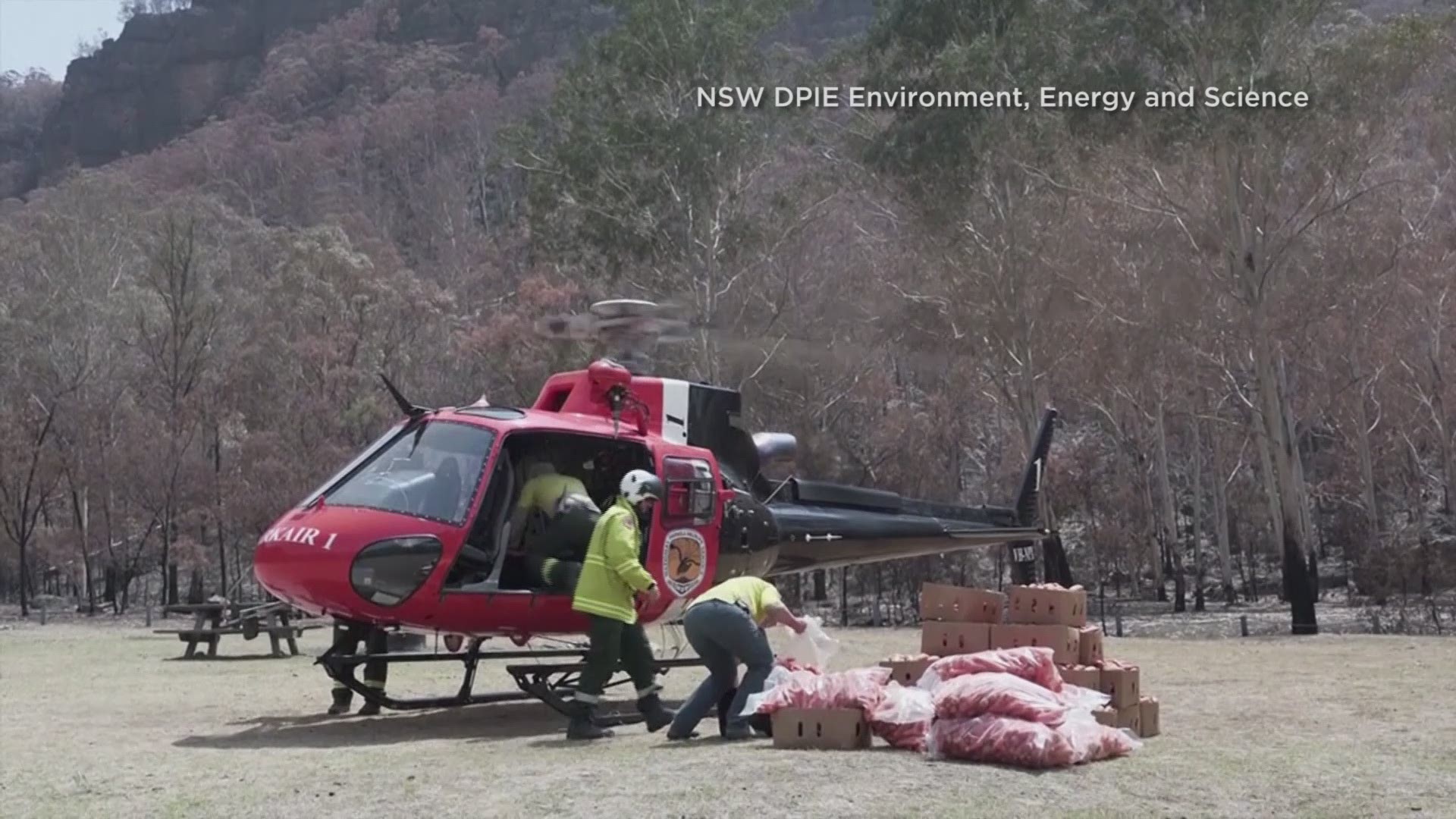 NEW SOUTH WALES, Australia — Officials in Australia have initiated a plan to drop food for animals that have been impacted by the wildfires devastating the country.

The operation aims to help the state’s brush-tailed rock-wallaby colonies. Video released by the New South Wales Department of Planning, Industry and Environment shows buckets of vegetables being loaded into a helicopter and then dumped into the wilderness. The video then shows a wallaby spot the fresh food and start nibbling away.

RELATED: If you go to the San Diego Zoo or Safari Park Sunday, you'll be helping wildlife in Australia

RELATED: How to help the victims, firefighters of the Australian bushfires

The conservation group WWF-Australia estimates that 1.25 billion wild animals had died during the fires in addition to livestock losses, which the government expects will exceed 100,000 animals.

Other efforts to help the wildlife continue in San Diego as well. 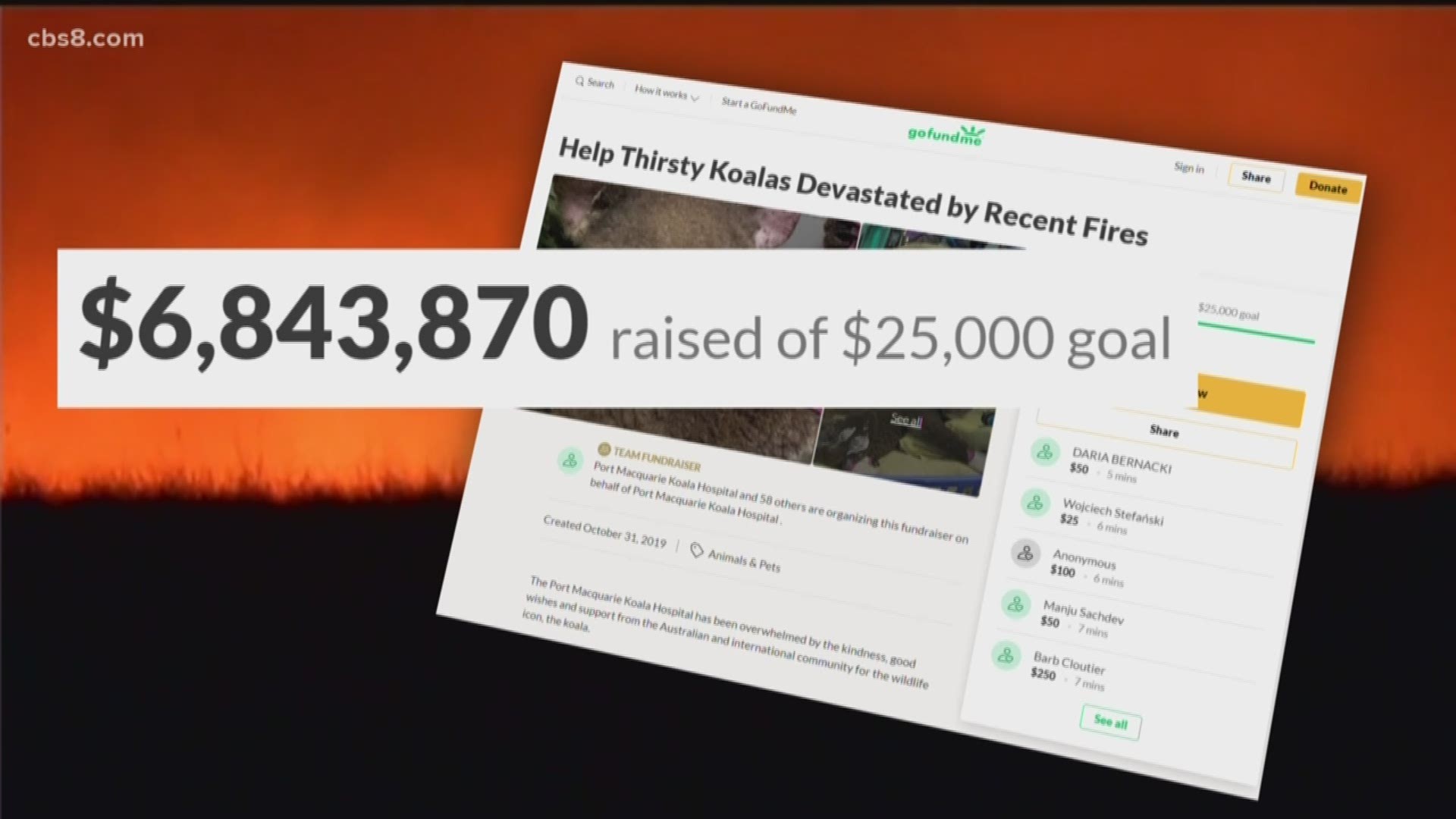 The San Diego Zoo is donating an amount matching all of its gate ticket sales from Sunday to the cause.

"We see this not as a telethon moment to raise as much as you can, but we see this as a long term project," said San Diego Zoo Ambassador Rick Schwartz.

"Sometimes we feel like our $5 won't make a difference," he said. "But collectively when we have hundreds and thousands of people donating, $5, $10, $25, it adds up very quickly for us."

The San Diego Zoo has its own wildlife conservation charity. It's been working with researchers and conservationists in Australia for at least 100 years.