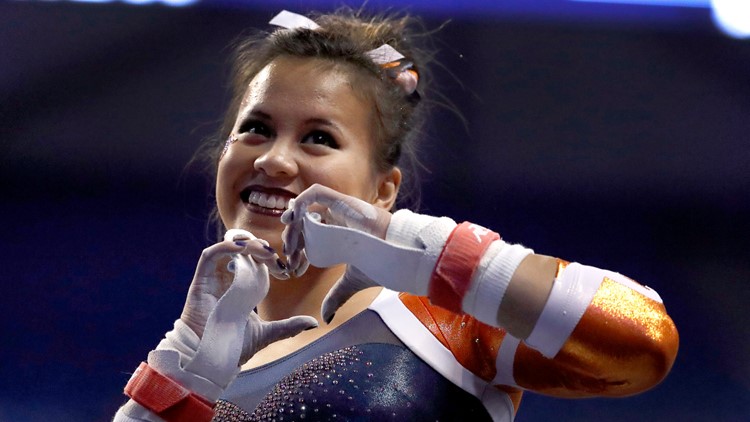 FAIRHOPE, Ala — A gymnast who suffered a severe leg injury accomplished her goal of walking down the aisle at her wedding.

The gymnast dislocated both knees and tore ligaments in both legs during a competition in April. After having surgery, she said she wanted to recover enough in time to walk down the aisle at the ceremony.

RELATED: Auburn gymnast's plea: 'My pain is not your entertainment'

RELATED: Auburn gymnast sets goal to walk at her wedding

Cerio used crutches to cross the stage at her graduation in May. She earned a degree in aerospace engineering.

Cerio walked down the aisle free of crutches to marry fiancé Trey Wood.