Allies hope to bond, look beyond coronavirus at G-7 summit in UK

Leaders of some of the world’s richest nations will be meeting at the English seaside for a three-day Group of Seven summit in a world that has changed. 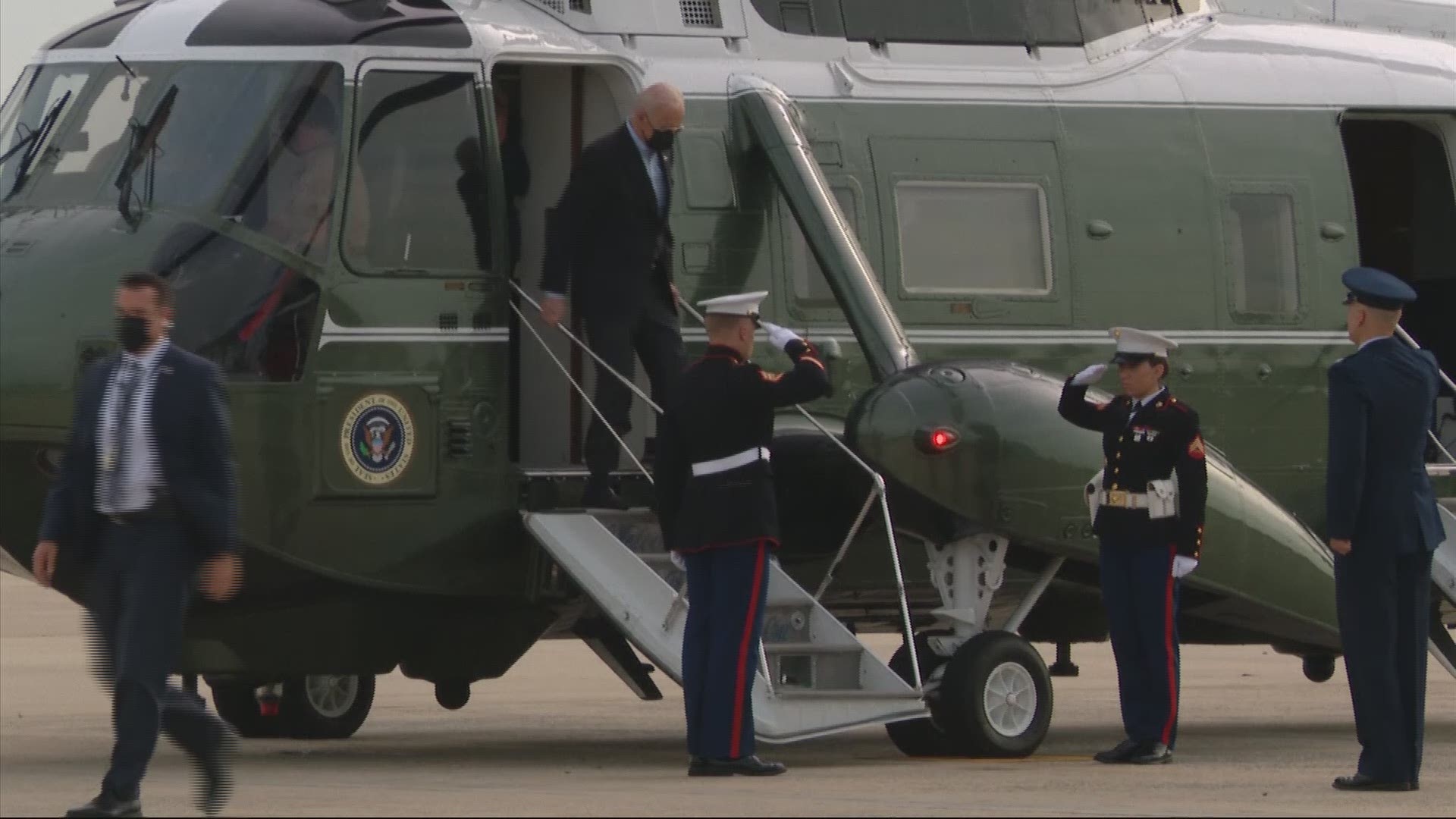 LONDON, UK — There will be roundtable meetings, one-on-one chats and a group photo against a picturesque backdrop. Leaders of some of the world’s richest nations arriving at a luxury seaside resort in England for a Group of Seven summit that starts Friday will find familiar choreography — but a world that has changed dramatically.

Since the G-7 last met two years ago, the coronavirus pandemic has killed more than 3.7 million people and decimated economies with lockdowns and layoffs.

As British Prime Minister Boris Johnson welcomes U.S. President Joe Biden and the leaders of France, Germany, Italy, Japan and Canada to the cliff-ringed Carbis Bay beach resort in southwest England, pandemic recovery — and, crucially, getting vaccines to billions who lack them — is top of the agenda.

“This is the moment for the world’s greatest and most technologically advanced democracies to shoulder their responsibilities and to vaccinate the world, because no one can be properly protected until everyone has been protected,” he said in an article published Thursday, a day before the summit's official start.

Biden, making his first foreign trip as president, is the gathering's star guest. He jumped the gun on summit vaccine pledges by announcing that the U.S. will buy 500 million more doses of the Pfizer vaccine to share with poorer countries over the next year.

That upped the pressure on Johnson, who has not yet sent any of Britain’s vaccine doses abroad. Almost four-fifths of adults in the U.K. have had the first of two shots.

Johnson said Thursday that Britain would donate “millions” of doses from surplus stocks — though he didn’t say when.

Before the pandemic, Johnson planned this to be a climate-dominated summit. He had wanted to make it a major staging post to November’s international COP26 meeting on climate change in Glasgow, eliciting ambitious targets for slashing carbon emissions and expanding green industries.

That's still on the agenda, but the meeting will be dominated by COVID-19, with discussions focusing on physical and economic recovery and building resilience against future pandemics. Lest anyone forget that the virus is still raging, there will be daily coronavirus tests for attending politicians, diplomats, staff and journalists.

The summit is seen as a major test for Johnson, a divisive leader at home and abroad whose two years in office have been dominated by the consecutive crises of Brexit and the pandemic.

Johnson’s eve-of-summit meeting with Biden on Thursday was a chance to underscore the trans-Atlantic alliance and to set out his vision of a post-Brexit “Global Britain” as a midsized country with an outsized role in international problem-solving.

That may be a challenge, given the distrust in European capitals and Washington surrounding the U.K.’s decision to leave the EU and the messy process of separation. banter

Biden once called the blustering Johnson a “clone” of former President Donald Trump and has expressed repeated concern about the destabilizing effect of Brexit on Northern Ireland, the only part of the U.K. that borders the bloc.

The two leaders exchanged praise and banter at the start of their meeting. When Biden joked that both had married “way above our stations” — Johnson wed third wife Carrie last month — Johnson replied: “I’m not going to dissent on that one. I’m not going to disagree with you there or indeed on anything else.”

For all the bonhomie, the president is likely to press Johnson to soothe Northern Ireland tensions. Biden's national security adviser, Jake Sullivan, told reporters aboard Air Force One that the president's commitment to Northern Ireland's Good Friday peace accord was “rock solid.”

Like many prime ministers before him, Johnson plans to summon the spirit of wartime leader Winston Churchill as he tries to charm the president. In a symbolic show of unity, the two leaders agreed a new Atlantic Charter — a 21st century version of the 1941 agreement between Churchill and President Franklin D. Roosevelt that helped lay the foundations for the United Nations and NATO.

The new document commits Britain and the U.S to “defend the principles, values, and institutions of democracy and open societies" and build “an inclusive, fair, climate-friendly, sustainable, rules-based global economy for the 21st century.” The two countries also said they will set up a task force aimed at re-starting travel between the two nations, disrupted by pandemic restrictions.

Even without the pandemic, this would be a moment of flux for the rich countries’ club. It’s a first G-7 summit for Biden and for Japan’s Yoshihide Suga, who took office in September.

Suga said before leaving Tokyo that he would seek support for his determination to hold a “safe and secure” Olympics starting on July 23 despite the pandemic. The Games face strong opposition in Japan.

The meeting is also a G-7 swan song for German Chancellor Angela Merkel, who will leave office in the coming months after 16 years in power.

Asked what message Merkel wants to send at the summit, a senior German official replied: “The message of the summit overall -- and that stands for what the chancellor has stood for over recent years -- is that multilateralism, and the G-7, is back.”

Biden will underscore that message, reassuring allies at the G-7 — and NATO, when he attends a meeting of the military alliance in Brussels next week — that the U.S. is back as a reliable ally after the Trump years.

But this is a nervous global moment, with Russia increasingly destabilizing its neighbors and Biden continuing Trump’s strong stance against economic and political rival China. Many in Europe feel that American attention is increasingly focused eastward.

Renata Dwan, deputy director of the Chatham House international affairs think-tank, said the G-7 summit is “a chance to say ‘multilateralism is back,’” but big differences lurk beneath the surface.

“Everyone’s going to try to play really nice,” she said. But “in terms of real deals, there’s some real problems.”