43-year-old Twinkie is still there at Maine high school

It's a little older and a little grayer, but it still looks like a Twinkie. 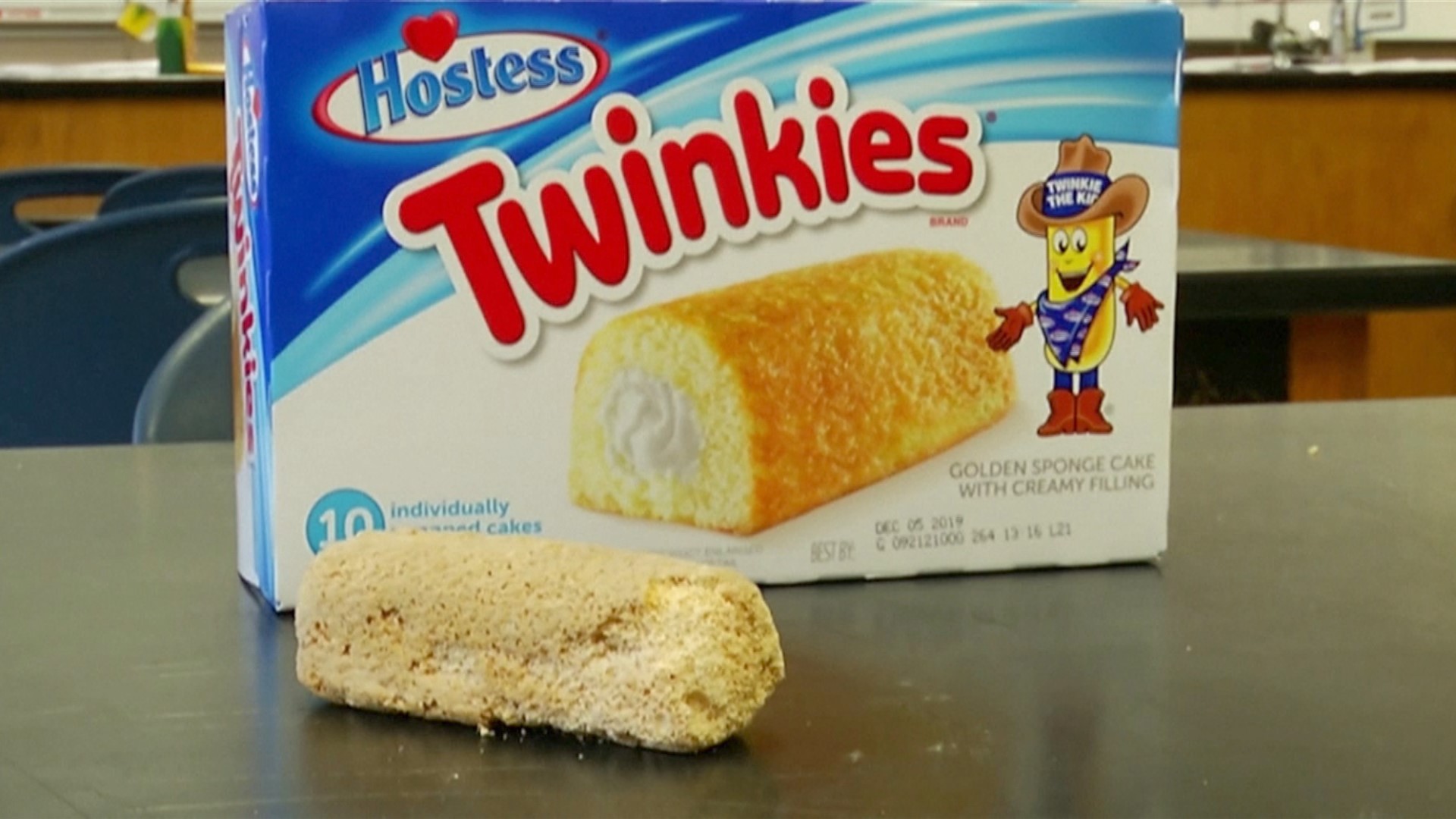 Every school has its tradition. One of the most unique ones belongs to a school in Maine that has run an ongoing experiment for 43 years: How long can a Twinkie survive?

The experiment at George Stevens Academy in Blue Hill, Maine, started in 1976. During a lesson about food additives and preservatives, science teacher Roger Bennatti was asked by a student how long a Twinkie would last.

Bennatti didn't know. So, of course, he tested it.

"I basically un-ripped the package, ate one of the Twinkies and then put the other package up on the chalkboard," Bennatti said.

RELATED: These are the 5 'junk' ingredients you should look for on food labels

More than 43 years later, the Twinkie is still at the school, just not sitting on the chalkboard anymore. It doesn't look nearly as fresh as one that comes right out of the package. That golden cake has darkened and greyed and the spongy holes are more prevalent. But it's mostly kept it's shape.

"The Twinkie has become much like me. It's older, it's grayer and it's more flaky," said Bennatti, who is now retired.

There's no indication anyone has tried to take a bite of it recently.

So how has it lasted this long? The obvious answer is preservatives. But even with that, a Hostess spokesperson told Reuters the modern-day Twinkie has a shelf life of 65 days.

The Twinkie sits in the office of Libby Rosemeier, a former student who is now the assistant head of the school. Reuters reports she and Bennatti hope to find a permanent place in the school to display it so all can see.