100 years since Prohibition: 5 things you may not know about the ‘Noble Experiment’

It’s been 100 years since the U.S. government passed the 18th Amendment, banning the manufacture, transportation and sale of alcohol. 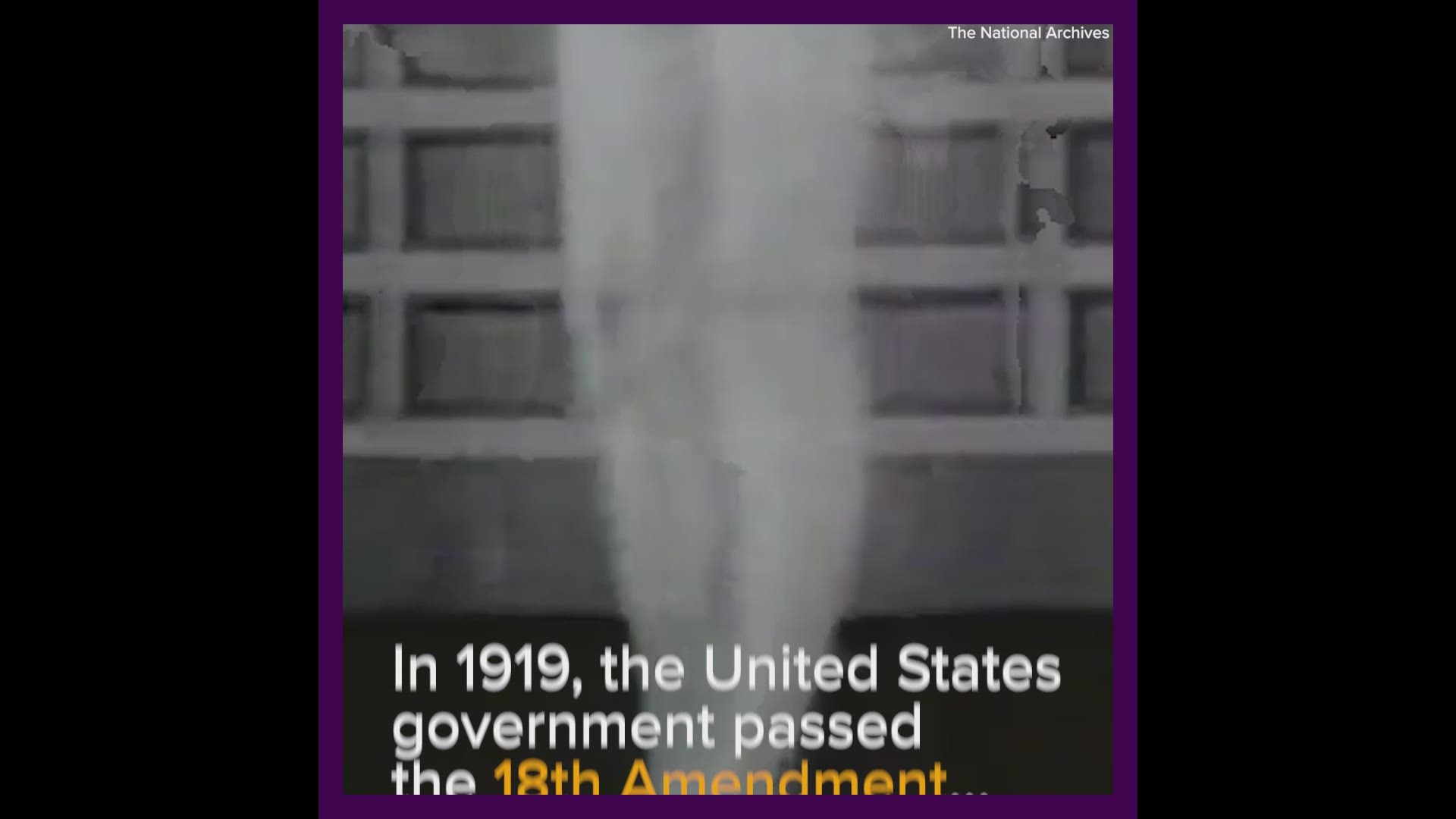 January 16, 2019, marks 100 years since the 18th Amendment was ratified, banning the “manufacture, sale, and distribution of intoxicating liquors.” The period from 1920 to 1933 is known as the Prohibition era in the United States.

President Herbert Hoover called it “a great and social economic experiment, noble in motive and far-reaching in purpose.” But this "noble experiment" ultimately failed. Not only was Prohibition hurting the economy, but it also brought the rise of organized crime.

Popular films like to capture the period by displaying well-known mob bosses, such as Al Capone, and Gatsby-like parties that are supposed to parallel illegal establishments called "speakeasies."

There are countless other things that these movies have left out. So, grab a drink and brush up on your Prohibition history with some fun facts.

Prohibition had been tried before

As crazy as an idea as Prohibition might have seemed to be, it wasn’t exactly original. Back in the early 19th Century, religious groups such as the American Temperance Society regularly campaigned against alcohol. In 1851, they successfully pushed the Maine legislature to pass a statewide prohibition that other states soon adopted as “Maine Laws.” These laws were repealed within a few years after an outbreak of riots demanded alcohol to be legal again in their states. Other groups that tried a similar strategy in the early 20th Century included the Anti-Saloon League and the Women’s Christian Temperance Union.

It wasn’t technically illegal to drink alcohol during Prohibition

The 18th Amendment only made the “manufacture, sale and transportation” of alcohol illegal. Technically, anything that was stored in the privacy of one’s own home can be consumed privately without any problems.

There are still some places in the U.S. that are dry

Even after the 18th Amendment was repealed by the 21st Amendment, many states maintained their ban on alcohol. Kansas and Oklahoma remained alcohol-free until 1948 and 1959, respectively. Mississippi was also on that short list of dry states until 1966. Ten states still have counties where it’s illegal to sell alcohol.

With beer and wine not readily available to the masses, many bootleggers during this time would make homemade alcohol by any means necessary to illegally sell. Much of the alcohol that was sold came from industrial alcohol, which needed to be denatured or cleansed of all the chemicals that were harmful to drink. Other bootleggers distilled their own alcohol at home and called it moonshine, which they would mix with dead rats or wood tar to simulate bourbon and scotch.

It’s safe to say that the liquor at the time was not the most palatable, so bartenders would start mixing the alcohol with other ingredients and create cocktails. This kickstarted the modern craft cocktail movement where people hosted fashionable cocktail parties and created concoctions such as the Bee’s Knee – gin and honey.

Many people died as a result of Prohibition

As much as religious groups at the time wanted to make the country safer by getting rid of alcohol, Prohibition may have done more harm than good.

The same “bathtub gin” and “rotgut moonshine” that led to the creative cocktails we see today also ran the risk of making people seriously ill. Some people who were desperate enough to drink it were struck blind, poisoned or died. It’s estimated that the stripped industrial alcohol may have killed more than 10,000 people during Prohibition.