Tribute to fallen 'American hero': His newborn baby in the hands of those he served with 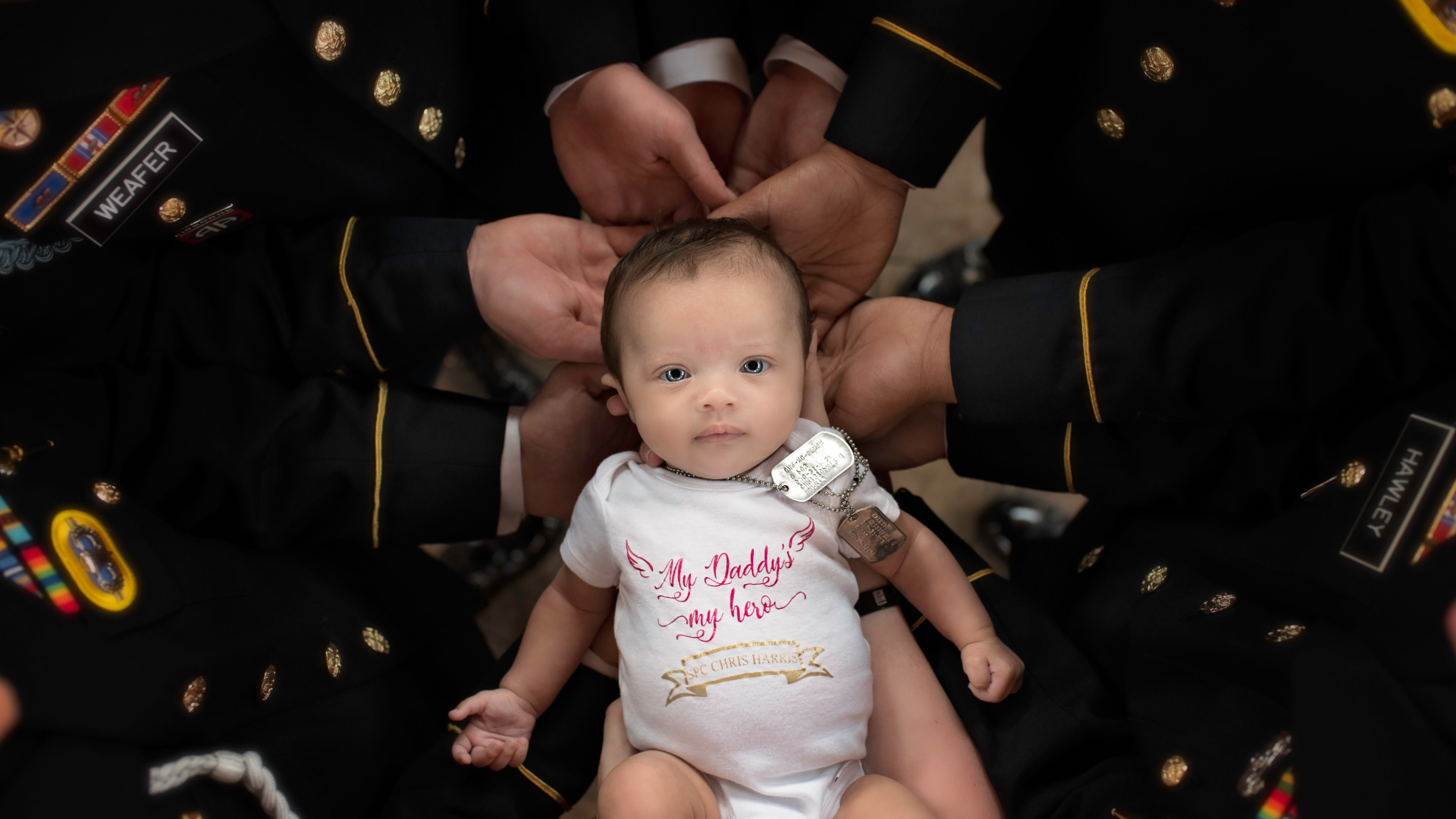 Her father, a fallen soldier, will never hold her. But these photos show she is surrounded by the love of those who served with him.

The photos, a tribute to fallen U.S. Army Spc. Chris Harris, show his newborn daughter, Christian Michelle Harris, surrounded by members of the 82nd Airborne Division who served with her father.

Chris Harris was killed in a suicide bombing just a week after he learned his wife, Britt Harris, was pregnant. Those who served with Chris arrived home on the same day that his daughter was born: March 17, St. Patrick's Day.

Britt said she will show her daughter the photos one day so Christian can have a connection to those who served with her father. Some of those pictured survived the attack that claimed Chris' life.

"They’ve been a part of her life before she was even born and I know they’re going to be around for the rest of her life," she told USA TODAY. "No matter where the army takes them all I will be able to show Christian how they all came together for her."

Read: Born together, serving separately: Quadruplets each sign up for military service
More: Militarykind: Inspiring stories about our military

Kendra Phillips of Pinehurst Photography told USA TODAY she took the photos on Tuesday at the Cape Fear Botanical Gardens. It was a moving experience, she said.

She said she promised Britt to help her tell Chris' story to the world, to honor his memory.

“He was an American hero," Philips said: He fought and died for our freedoms.

She remembers envisioning the image she wanted to capture — of baby Christian surrounded by the supporting hands of those who served with her father.

When the time came to take the photo, the child's eyes startled Philips. Christian had the “striking blue eyes” of her father, Philips said.

The 10-week-old infant was wearing a shirt that said "My daddy's my hero."

Philips teared up. She feared the shot was ruined.

Phillips hopes Christian will “be able to look back (at the photos) and know that she was loved.”

Phillips has also started a crowd-funded campaign, raising money for a "love fund" to benefit Christian.

Fallen soldier's daughter meets those who served with her father

1 / 8
Photo courtesy Pinehurst Photography, www.PinehurstNCPhotography.com
Newborn Christian Michelle Harris is held by mother Britt Harris on May 29 at the Cape Fear Botanical Gardens. In the background: men who served in Afghanistan with her fallen father, Army Spc. Chris Harris.