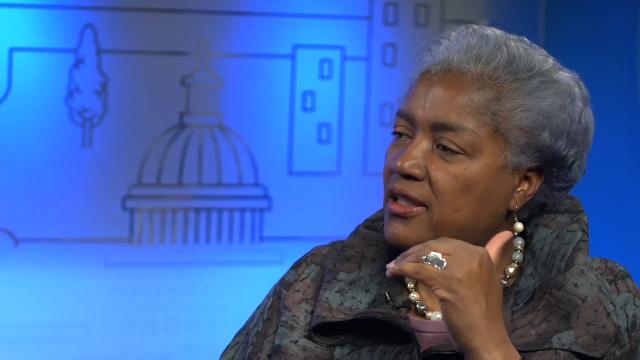 Credit: AP
In this Aug. 28, 1963 photo, Dorothy Height, right, president of the National Council of Negro Women, listens as Rev. Dr. Martin Luther King Jr. delivers his "I Have a Dream" speech.

On that historic August day in 1963, Martin Luther King Jr. told us his dream. We didn't get to hear what the women of the civil rights movement dreamed of, because none spoke at length during the official program of the March on Washington.

Daisy Bates, a leader in the movement to end segregation in Arkansas and guide for the nine students who integrated Little Rock's Central High in 1958, gave a brief pledge on Aug. 28, 1963, before the “Tribute to Negro Women Fighters for Freedom," an addition to the program meant to assuage black women who felt their voices were being marginalized and their contributions overlooked.

The civil rights movement could not have happened without women. They were grassroots organizers, educators, strategists and writers. They built organizational infrastructure, developed legal arguments and mentored young activists. They fought ardently against the forces of racism, but they also battled another form of oppression: sexism.

More: 27 things to read if you care about women of color

"There were hundreds of unnamed women who participated in the movement," said Barbara Reynolds, a journalist and minister whose recordings of King's wife, Coretta Scott King, are the basis of the activist's posthumous memoir, My Life, My Love, My Legacy. "It was not just a few leaders — it was women ... who really put their mark on history."

Many of these women were architects in their own right, yet they found themselves outside King's inner circle.

"Dr. King was a chauvinist," Reynolds said. Men like him "could not assert their manhood in the general society, because they would be killed if they stood up for anything," so they asserted their masculinity in other ways within their own community.

The women of the civil rights and black liberation movements understood their fight for human rights needed to address the dual forces of racism and sexism, and that it needed be inclusive. As Dayo F. Gore, Jeanne Theoharis and Komozi Woodard wrote in Want to Start a Revolution? Radical Women in the Black Freedom Struggle, many women worked to "create new structures and political movements free from racism, sexism, classism, and homophobia to nourish their visions of liberation."

Intersectional feminism: A look at the term you may be hearing a lot

The courage of black female activists in confronting multiple forms of oppression influenced other protest movements, including second-wave feminism, the fight for gay rights and the protests against the Vietnam War.

Coretta Scott King, a leader in her own right, used her talent as a singer to raise awareness and funds for her husband's movement and to advocate for human rights broadly. She was an earlier critic of the Vietnam War than her husband, and persuaded him to speak out against it.

Credit: Eddie Adams, AP
Members of the Women's Strike for Peace, including Coretta Scott King, right, participate in a demonstration across from the United Nations in New York on Nov. 1, 1963.

King was the face of the Southern Christian Leadership Conference, one of the most prominent African American civil rights organization's of his time. But it was the political savvy of lifelong activist Ella Baker, viewed by some as the most influential woman in the civil rights movement, that birthed the organization and set its agenda, writes Barbara Ransby in Ella Baker and the Black Freedom Movement. Baker also had pivotal roles in the National Association for the Advancement of Colored People (NAACP) and the Student Nonviolent Coordinating Committee (SNCC).

"Baker operated in a political world that was, in many ways, not fully ready for her," Ransby writes. "She inserted herself into leadership situations where others thought she simply did not belong. Her unique presence pioneered the way for fuller participation by other women in political organizations, and it reshaped the positions within the movement that they would occupy. At each stage she nudged the movement in a leftward, inclusive, and democratic direction, learning and modifying her own position as she went."

Not always mentioned is Pauli Murray, the gender non-conforming activist and legal scholar who coined the term "Jane Crow" for the sex discrimination black women faced. Murray worked with King, but was critical of the lack of female leadership in his movement. Her book States’ Laws on Race and Color has been referred to as the “bible” of Brown v. Board of Education, the 1954 Supreme Court ruling which declared separate public schools for black and white students unconstitutional.

The Oscar-nominated film Selma focused on King's legacy in the Selma to Montgomery Voting Rights marches in 1965, but it was Diane Nash, barely a presence in the film, who was one of its major organizers. Nash, a co-founder of SNCC, also helped orchestrate the campaign to integrate lunch counters in Nashville in 1960.

Even when history does remember women, it tends to treat them as fables rather than human beings. Take Rosa Parks, who has been stripped of dimension, immortalized as an accidental hero.

"Everyone seems to think she was a frail little woman who was tired — that woman whose feet hurt," Reynolds said. But Parks was a lifelong activist for racial justice. What she was tired of, Reynolds said, was "being put on the back of the bus."

Dorothy Height, a major leader of her day who served as president of the National Council of Negro Women, stood on the platform with King during the March on Washington, but said many women were furious about their mistreatment during it.

"I've never seen a more immovable force," Height wrote in Sisters in the Struggle African American Women in the Civil Rights-Black Power Movement. "We could not get women's participation taken seriously."

1 / 31
Gerald Holly, The Tennessean
Students, left to right,Matthew Walker, Peggy Alexander, Diane Nash and Stanley Hemphill, eat lunch at the previously segregated counter of the Post House Restaurant in the Greyhound bus terminal on May 16,1960. This marked the first time since the start of the sit-in that Negroes have been served at previously all-white counters in Nashville.

To highlight solidarity with male leaders and bring attention to the distinct oppression women faced, Height, along with several other black female leaders, held a parallel march of women down Independence Avenue, while the men marched down Pennsylvania.

Height also helped organize a gathering of black women, "After the March, What?," where, she wrote in Sisters, "women talked freely about their concern about women's participation."

When women were ignored, "they fought back and angled to have their voices heard," Huggins said.

Donna Brazile, a political strategist and former interim chairwoman of the Democratic National Committee, said the nation should be ready for more of them.

"Black women are taking an active role in beginning what I call the next phase of the black political movement, which is to prepare for a century in which the minority citizens of today will become the majority citizens of tomorrow," she said. "Black women are going to lead that way, but we're not going to be alone. We're going to bring as many people with us. Because in moving the country forward, we can leave no one behind."