Rent out your motorcycle? It's becoming more popular 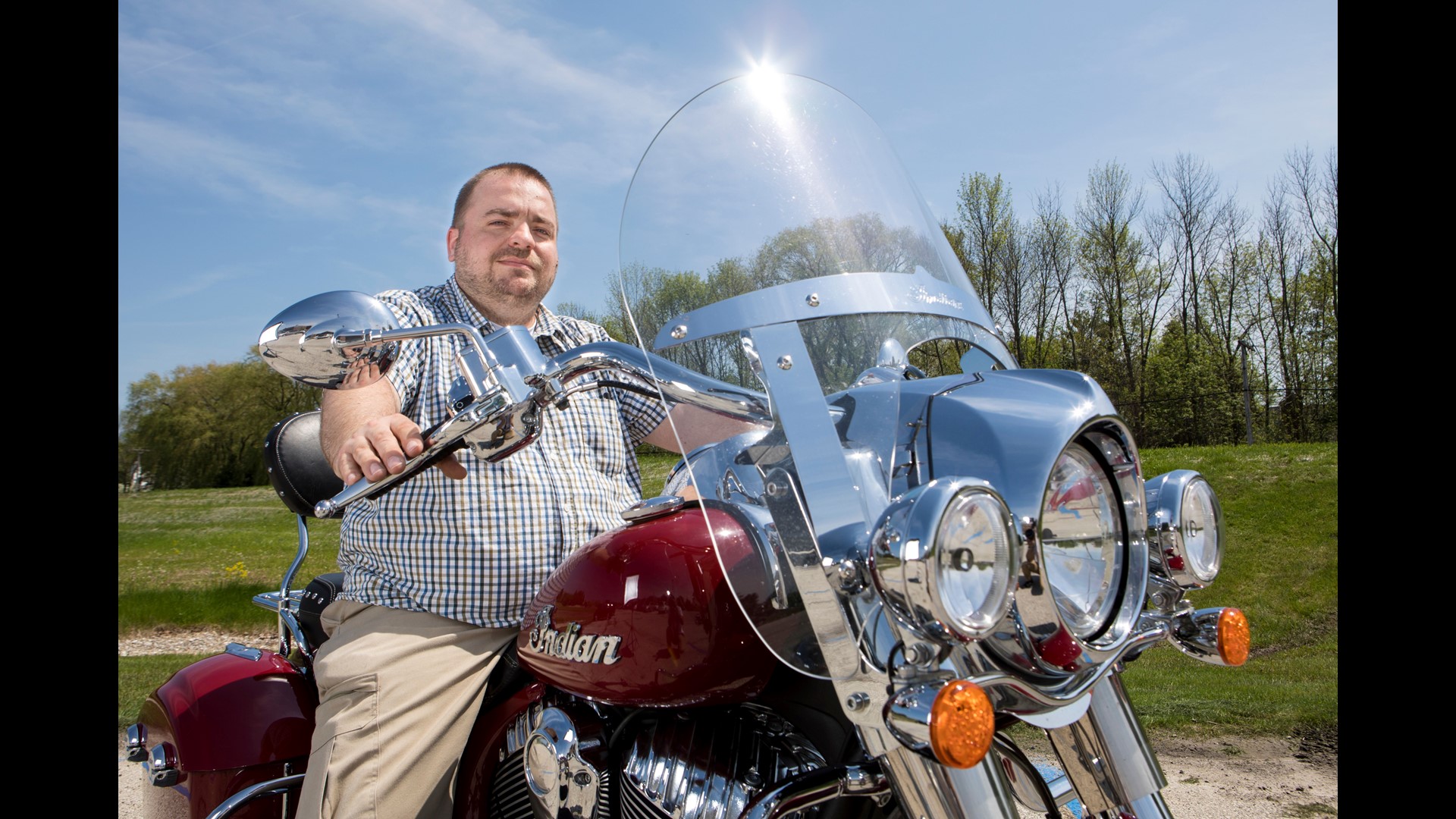 MILWAUKEE -- Some people would have a hard time letting their beloved motorcycle roll off with a stranger, but it’s become more common due to the digital economy.

It works like Airbnb, the website that lets people rent out their own apartments or houses. In this case, a few Internet-based services connect motorcyclists with others throughout the country who want to make a little extra cash by renting out their bikes.

David Anderson of Grafton, Wis., recently rented out his 2016 Indian Springfield to a motorcyclist from California who was visiting the Milwaukee area using a site called Twisted Road.

Launched last October in Texas, the service has since gone nationwide and now has about 600 bikes for rent and more than 5,000 registered users.

Anderson, a teacher at University School of Milwaukee, says the experience of renting out his Indian for $140 a day went well.

He uploaded photos of the bike to Twisted Road, along with a description that noted the bike had a removable windshield, locking saddlebags and a backrest.

“It is smooth and powerful,” Anderson said.

Soon after, Twisted Road emailed him to say that a motorcyclist from California wanted to rent his bike for the weekend.

Twisted Road screens renters for things such as having a valid motorcycle license and years of riding experience.

Renters must have their own liability insurance and be active motorcyclists.

“If you don’t own a bike, you can’t rent from us,” said company founder Austin Rothbard.

Twisted Road, like Airbnb, handles the payment and paperwork for a rental.

There’s no charge to advertise a bike on the website, but there’s a 30% fee collected from each rental.

Anderson rented his bike to a retired California motorcycle police officer who was in Milwaukee to visit another retired motorcycle cop.

“It was a little bit of an experiment on my part, but my first experience was good,” Anderson said.

Some people are nervous about letting their bike go with a stranger, even for only a day, but it gets easier each time you do it, Rothbard said.

“It’s like parents leaving their child with a babysitter for the first time. When you walk out the door, you wonder, ‘What did we just do?’”

Rothbard came up with the idea for Twisted Road while vacationing with his family at the Grand Canyon and other national parks in the West.

“I looked at all the beauty around me and thought, ‘Gosh I wish I had my bike,’” he said.

But there weren’t any motorcycle rentals available in the area, Rothbard said, and following similar experiences on other trips, he decided to start his own company.

Rothbard, 46, had been a business executive more than 20 years, including a stint as president of Brunswick Billiards.

He’s only been a motorcyclist for a few years, and this was the first business he started from scratch, but he says the website is getting about 100 more bike listings a month.

Those have ranged from an antique 1947 Indian Chief to dual-sport adventure bikes popular with riders wanting to travel by road and trail.

“There are (Harley) Sportsters in Miami that get a ton of rentals, and there’s a Ducati in Los Angeles that’s seen a lot of action,” Rothbard said.

Twisted Road says it’s had motorcycle rentals from foreign tourists riding across the U.S., but more typically people rent a bike for a few days while they’re out of town.

The service has a generous cancellation policy, so if a bike owner or a prospective renter changes their mind and wants out of a deal, there’s no penalty.

Twisted Road would take responsibility for damages to a rental bike, according to Rothbard.

But insurance is an issue because a rental bike would be considered a commercial vehicle, said James Lynch, head actuary at the Insurance Information Institute.

“You should definitely check with your insurance company on this. There’s a good chance you will be told you don’t have coverage,” Lynch said.

Renters pick up the bike with a full tank of gas and return it with a full tank. There’s unlimited mileage, and renters are expected to return the bike in the same condition they received it.

“Washing it before you bring it back is the considerate thing to do, but it doesn’t always happen,” Rothbard said.

Los Angeles-based Riders Share is similar to Twisted Road but carries its own insurance.

The company’s cofounder, Guillermo Cornejo, said he launched the service after he wrecked his bike and medical bills kept him from buying another one.

He could have rented a Harley-Davidson, from the rental agency EagleRider, but it was expensive and not the bike he wanted.

“In Los Angeles, a Harley Sportster, with insurance, will cost you $200 a day,” he said.

Cornejo said some people rent 10 different motorcycles a year, for the variety, and others want to try a particular model before deciding whether to buy it.

People who engage in peer-to-peer rentals tend to be more considerate of the bike than if they’d rented it from a dealership, he said.

Used bike sales are thriving, too.

“Even if you are a serious rider, you could be one of those people who never buys a new bike because you don’t want to spend that much, and you can get exactly what you want in a bike that’s five or seven years old,” terHorst said.

New giant BUCKS sign installed in front of the arena

Who we are. Where we go. What we need to know.

Each week in this newsletter, Sarah Hauer will serve as your city guide and share stories about Milwaukee, its people and what's happening around town.
Sign up