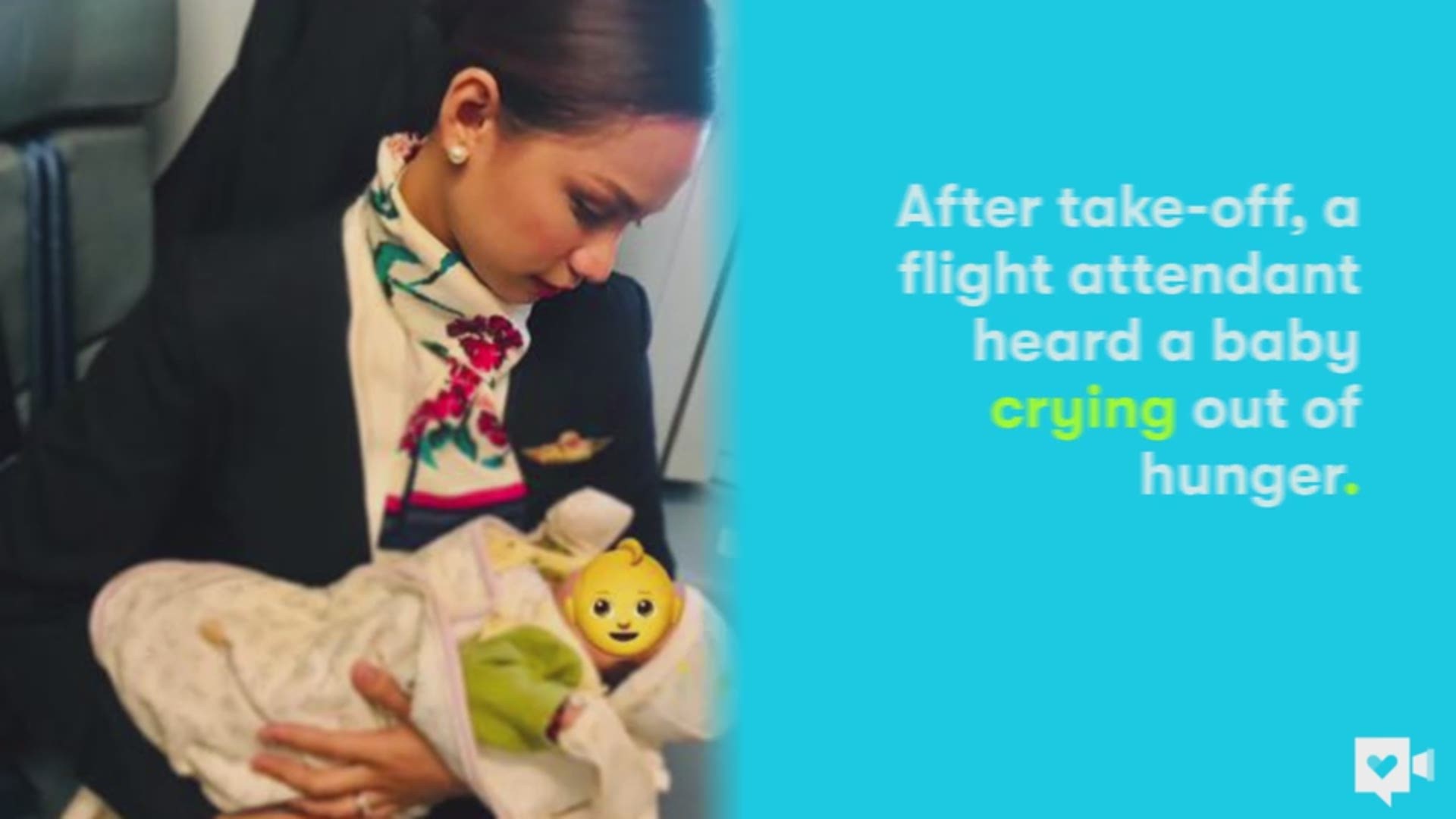 Philippine Airlines flight attendant Patrisha Organo is being praised for breastfeeding a passenger's baby after the mother ran out of formula.

In a viral Facebook post shared Wednesday, Organo, 24, says she offered to help out the mother after she heard the hungry baby crying.

"After take off, I heard an infant’s cry, a cry that will make you want to do anything to help. I approached the mother and asked if everything’s okay," she wrote. "I tried to tell her to feed her hungry child. Teary-eyed, she told me that she ran out of formula milk."

She continued, "I felt a pinch in my heart. There’s no formula milk onboard. I thought to myself, there’s only one thing I could offer and that’s my own milk. And so I offered."

"The baby started rooting, she was so hungry," she wrote. "I saw the relief on her mother’s eyes. I continued to feed the baby until she fell asleep. I escorted her back to her seat and just before I left, the mother sincerely thanked me.

Organo told Yahoo that she has a 9-month-old daughter of her own, so she recognizes the difference between "a cry of hunger, a cry of sleepiness, or a cry of something else."

USA TODAY reached out to the airline for comment

More: Southwest Airlines passenger transported to hospital for being 'disruptive' during flight

Photo tour: A look at Delta and Northwest airlines through the years

1 / 38
TED S. WARREN, AP
A Delta jet is pulled into position at left next to aircraft operated by Northwest Airlines at Seattle-Tacoma International Airport on June 2, 2005 file photo in Seattle.

For more stories about kindness, check out more from Humankind!