Daycare provider who hanged toddler in her basement sentenced to probation 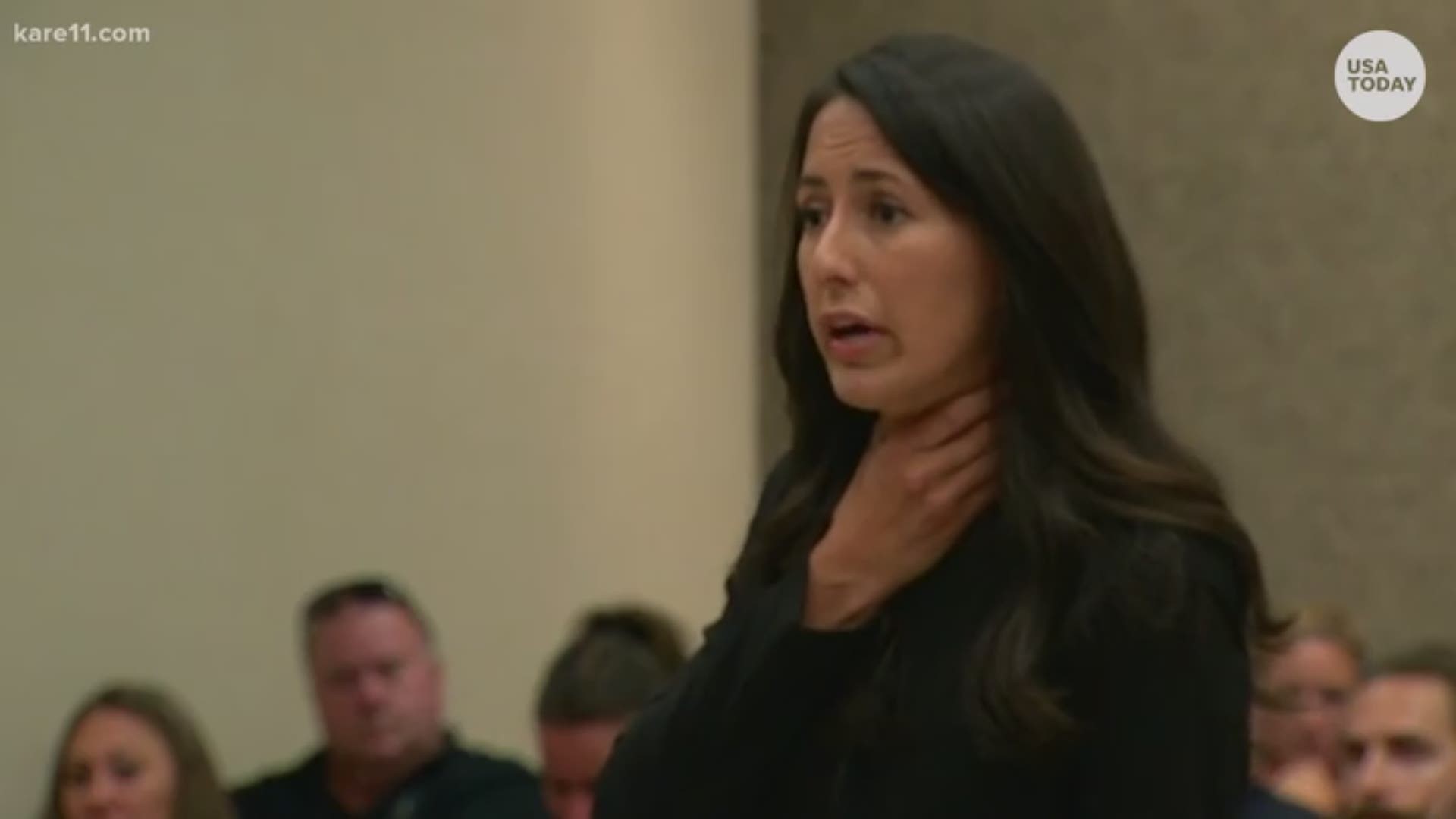 Credit: Leila Navidi, AP
Nataliia Karia, center, with her lawyers Brock Hunter, right, and Ryan Else, reacts during her sentencing hearing in Hennepin County District Court in Minneapolis, Monday, July 16. Karia, a Minneapolis day care owner, was sentenced to 10 years of probation for trying to kill a toddler in her home by hanging him from a noose.

MINNEAPOLIS — A former day care provider convicted of hanging a toddler has been sentenced to probation.

Nataliia Karia received 10 years probation on Monday for hanging a toddler in her daycare and running over two men with her minivan, before attempting suicide. She had faced 13 years in prison. All of the victims of the November 2016 incident survived their injuries.

Through an interpreter, Karia asked for forgiveness.

"I apologize and I don't know if you will be able to forgive me. I have no excuse for what I did," she said.

Judge Jay Quam said this is one of the hardest cases he's ever had adding if this was a normal case, given everything that happened, he would give the most severe sentence that he could.

But he says this was not a normal case.

Karia sobbed as the prosecutor ran through the details of what happened.

"She hung (him) by the neck with a homemade noose in her basement in Minneapolis. This case is about that little boy who very well could have taken his last breath in that basement," assistant county attorney Christina Warren said.

More: Dad left on a business trip not realizing his daughter was still in the back seat of his pickup

Karia had pleaded guilty to attempted murder and criminal vehicular operation. Karia's attorney argued the cause was mental illness brought on by abuse.

"This offense was aggravated, if not wholly caused, by abuse of Nataliia's husband," defense attorney Brockton Hunter said.

Hunter provided the judge with recordings they say shows her husband's anger.

Karia told the judge, "Please help me back to my children."

The prosecutor argued that mental illness is not a reason to give Karia probation instead of prison.

"It's not that mentally ill shouldn't go to prison. the Department of Corrections is incredibly well equipped to handle the needs of the mentally ill," Warren said.

The sentencing was a continuation of proceedings that began in May. At that time, Claire and Jennifer Booth, the mothers of the toddler, gave emotional victim impact statements in court.

“Based on prior actions and history, I would not feel comfortable with simply probation. Because everybody that has testified today has said they trusted her with their children. Well you’re fine and you’re trustworthy and you’re caring until you’re not,” Claire Booth said on May 23.

In May, Denys Karia testified his mother suffered both physical and mental abuse in Ukraine and here in America. Denys said that his mother told him she had suicidal thoughts and a week before the incident told him she was worried she might hurt someone else, but her husband would not allow her to seek help.

Joseph Sabir, who saved the child from Karia's basement, testified that he could tell she was not acting herself and told him to call the police.

“I believe what transpired that day was not a reflection of her and who she was from everything I’ve gathered from people. With a lot of medical care and treatment and support I don’t think she poses a risk to the public or her children,” Sabir said in May.

Judge Quam also handed down a 183 month stayed prison sentence, if she violates probation. Karia will be on house arrest for a couple months until the rest of probation details are determined. She could be released as early as Monday.

Following the sentencing, Jennifer Booth said, "Our family is looking forward to moving on. We have been fortunate to have a supportive, healing community surround us. We hope that Nataliia is able to move forward in her own healing journey and hope she gets the help she needs."

More: Suicide warning signs: Here's what to look for when someone needs help